Trying to find calm amidst the current political storm in Britain is a big ask in this day and age. Rarely is there a moment’s peace in Westminster, with the House of Commons increasingly turning into a nightmarish, dystopian vision of itself. Step into Conrad London St. James and you will find the first of […] 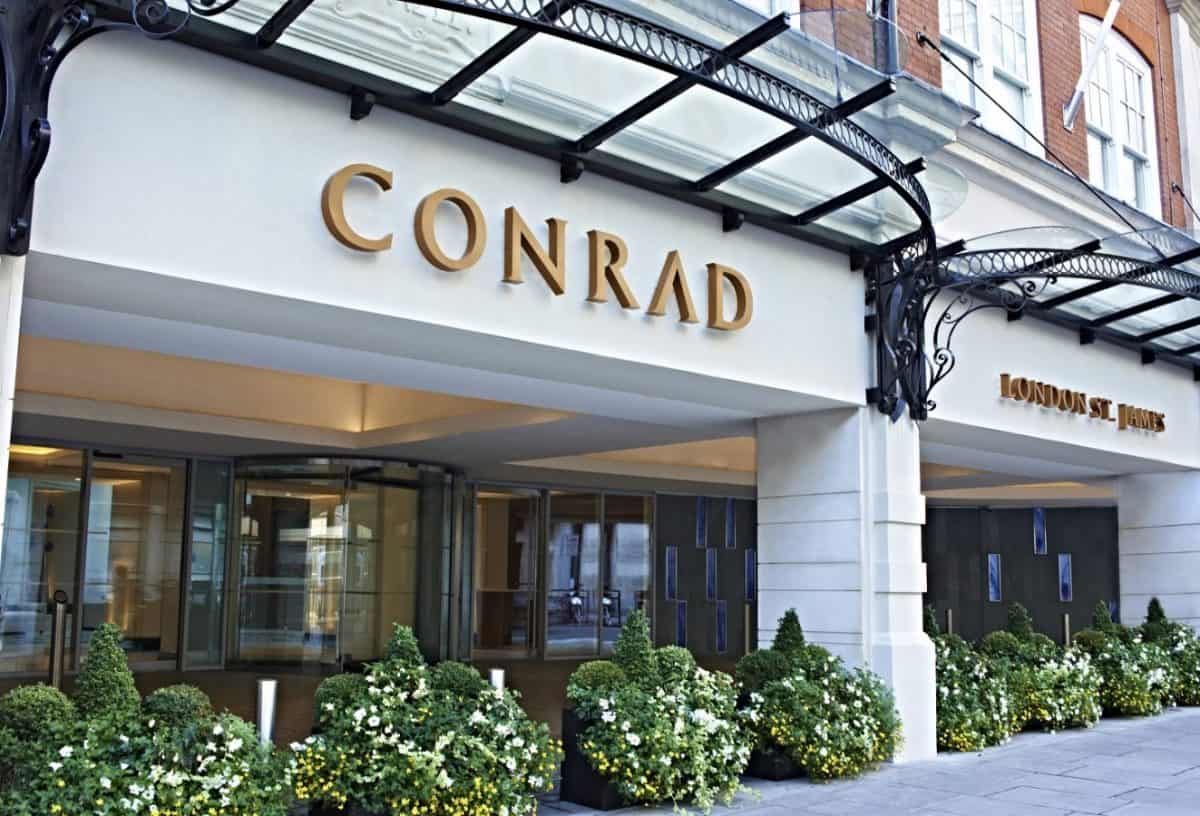 Trying to find calm amidst the current political storm in Britain is a big ask in this day and age. Rarely is there a moment’s peace in Westminster, with the House of Commons increasingly turning into a nightmarish, dystopian vision of itself.

Step into Conrad London St. James and you will find the first of many wonderful artistic expressions of the UK’s current political climate. The House Always Wins, sculpted by Evil Ed and Dan Robotic, merges characters from film, comic art and popular culture in an attempt to visualise the chaos that grips parliament day-in-day-out. The Ladder to Bronze, a faceless statue of a worker climbing a ladder, also dominates the hotel lobby, with numerous other specially commissioned pieces of art dotted around the living gallery for which the hotel has become renowned.

Nestled in the heart of St James, with Buckingham Palace, Westminster Abbey, Big Ben and the Houses of Parliament on the doorstep, Conrad London St. James is certainly well placed to celebrate the locality’s heritage and lively political and art scene. But unlike the bustling chambers of parliament and the energetic streets the hotel offers serene tranquillity seldom offered elsewhere.

We recently visited to check out the political artwork and experience the hospitality on offer.

Directly across the road from St James tube station Conrad London St. James cannot be faulted on its idyllic location. With Westminster, Buckingham Palace, the banks of the Thames and serene park life just moments away it has everything you need and more on its doorstep, making it the ideal spot for tourists and business travellers alike.

Spacious rooms with all the amenities can be expected during your stay at the hotel. Oversized baths, king-size beds, large TVs and monster robes and towels are at your disposal giving you a big slice of luxury away from the hustle and bustle of central London. The rooms also come equipped with a Nespresso machine, ample charging ports and a media hub with bluetooth connectivity.

Celebrating 100 years since Conrad Hilton made the significant decision of Establishing the Hilton brand the hotel’s signature Blue Boar Restaurant has created a menu which is dedicated to the elegance of the years gone by. Classic dishes such as Soused Herring and Wild Rabbit Stew are served alongside a plethora of seasonal a-la-carte dishes. The Blue Boar Bar adds a modern element to the traditional British pub and serves local ales in a comfy, informal setting.

Boasting a well-equipped gym area and a very useful concierge team which connects guests with the local attractions and events in London the Conrad St. James is certainly well serviced. But the highlight is the Executive Lounge which is available for Executive Rooms, Suites and Diamond Tier Hilton Honors members. A complimentary private buffet is available throughout the day, with breakfast, afternoon treats, afternoon tea, evening canapés and alcoholic drinks available in a quiet and relaxed setting. Mimicking a first class airport lounge guests also have access to daily newspapers, television news and dedicated shower rooms.

Rooms at Conrad London St. James start from £223 per night and can be booked here.