Mark Keir is standing against PM Boris Johnson in the Uxbridge and South Ruislip constituency. 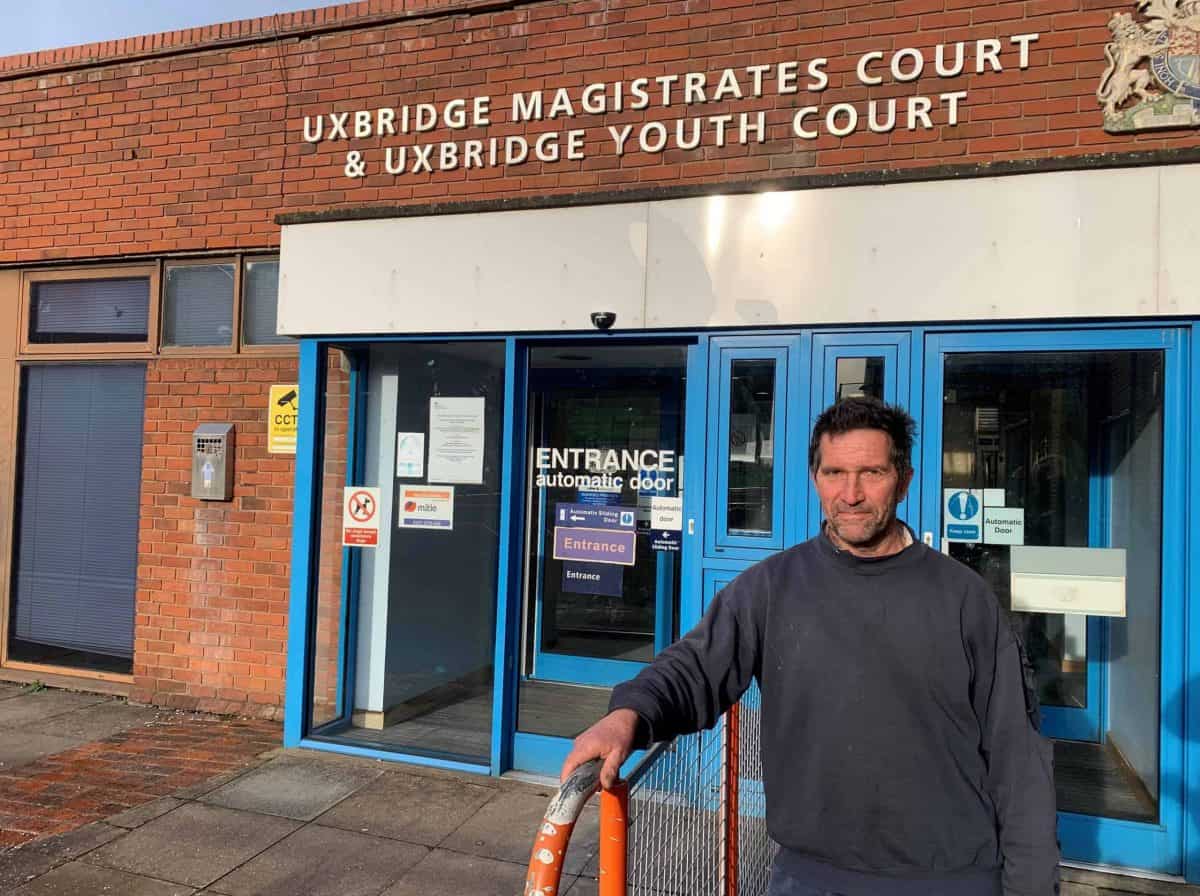 The Green Party candidate standing against Boris Johnson in the General Election has denied obstruction of a highway during a protest against HS2.

Mark Keir appeared at Uxbridge Magistrates’ Court on Wednesday after being arrested during a protest at the high-speed rail construction site in Harvil Road, Uxbridge, west London, on Tuesday.

The 58-year-old is accused of stopping multiple lorries from accessing the site by lying down in the road by an entrance to the construction site with Scott Breen, 45.

The pair are said to have locked their arms together in a concrete tube before filling the ends of the tube with cement to prevent them being moved.

Prosecutor Chiran Mondal said this action hindered work on a lawful construction site and caused a loss of earnings.

In addition to one count of wilful obstruction of a highway each, both men were charged with hindering people in their work.

A third charge of causing a public nuisance was dropped.

Iain Oliver, 39, of Harvil Road, Uxbridge, was also arrested on one charge of obstructing an officer.

The three men deny all charges.

Keir, of Winnock Road, West Drayton, is standing as the Green Party candidate for Uxbridge and South Ruislip, previously held by the Prime Minister.

The Uxbridge HS2 site has attracted protests regarding the construction work due to fears that it would negatively affect or pollute the water supply and biodiversity in the area.

Olivia Haggar, representing Keir and Breen, of Vineries Close, Sipson, said the protest was lawful and the vehicles were not hindered in their work.

Keir, Breen and Oliver will appear again at Uxbridge Magistrates’ Court for a trial on February 10 2020.