Words by local writer, Tyler Kofman. California’s Central Coast was originally inhabited by Chumash and Native American people. Now, it is better-known for its plentiful wineries and rich farm land. But the Central Coast offers much more than just good wine and agriculture. It’s beaches, some of the most breathtaking you’ll come across, are vast […]

by TLE ADMIN
in Travel 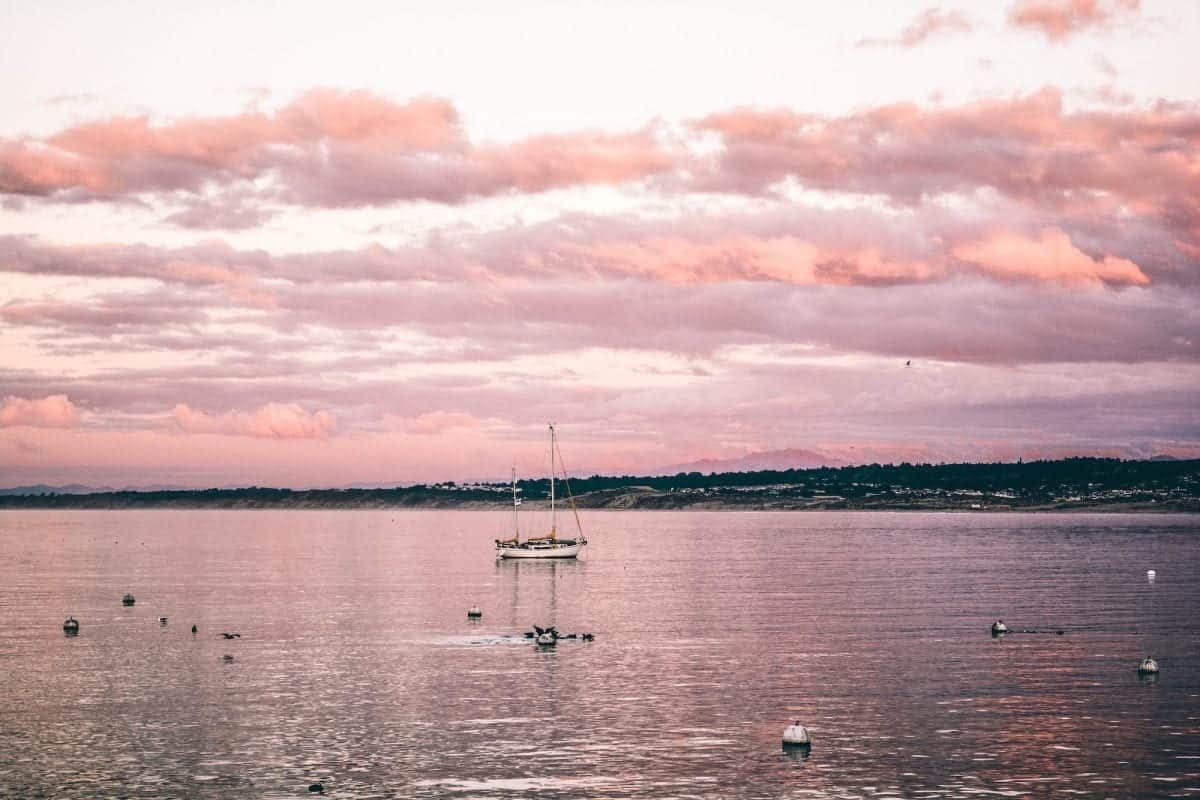 California’s Central Coast was originally inhabited by Chumash and Native American people. Now, it is better-known for its plentiful wineries and rich farm land. But the Central Coast offers much more than just good wine and agriculture. It’s beaches, some of the most breathtaking you’ll come across, are vast and varying in feel – from chilled-out surf spots, to hidden, natural beauties only accessible by boat.

Made up of 350 miles of serene coastline, looking out over sugar-white sand beaches and tumbling waves, California’s Central Coast stretches across four regions – from Santa Cruz/Monterey Bay (just south of San Francisco) in the north, to Ventura (not far from L.A) in the south, passing through San Luis Obispo and Santa Barbara en-route.

We asked a local writer – and beach expert – to pick out some of the most awe-inspiring and lesser-known beaches in the area. If you get chance to visit, don’t forget to take your DSLR as you’ll want to savor the views eternally!

Located around a mile south of the small town of Davenport, Shark Fin Cove is named, well, because it harbors a huge rock that resembles its namesake.

Otherwise known as Shark Tooth Beach – for similar reasons – an ancient tale proclaims that a pre-historic Megalodon Shark once roamed the waters, chomping on just about everything that swam in its path before leaving its fin-shaped rocky mark that we see today as a reminder.

The not-so-romantic truth is, that it used to be an extension of the beachside cliffs, which line the sand and descend from the fields above. As time passed, crashing waves eroded large sections of the bluffs (sharp rock faces) that once connected the shark rock to surrounding land.

While you’re here, close your eyes and try to picture what it may have looked like when dinosaurs roamed the land – instead of photo-hungry tourists. There’s also a beach cave situated on the southeast side. Not always accessible, due to the changing tides and pushing and pulling of sand, if you get the chance to trek inside, it makes for some amazing photos of the crashing waves off the shore. But be sure to keep an eye on the tide, as the ocean can be dangerously unpredictable.

Capitola City Beach is the main beach in the city of Capitola, CA. A quaint little town that sits just south of Santa Cruz, CA. It’s full of rainbow houses that are simply postcard-perfect. Just beyond those lies the main street, Esplanade, where you can check out delicious restaurants such as Caruso’s Tuscan Cuisine. For something quick head to Pizza My Heart or Santa Cruz Poke. Along the way you’ll see heaps of cool, little shops, ranging from boutique clothing stores to surf shops like The Capitola Beach Company.

Somewhat of a hidden gem, Capitola, which is paroled by lifeguards regularly, is not nearly as popular a stop along the bay as the bigger cities of Santa Cruz or Monterey, but it offers equal delight to sun-seekers.

During the summer months, and as dusk approaches, there are movie nights and concerts set up right on the beach and Esplanade Stage. While parking is metered along the Esplanade and side streets so you shouldn’t have to stroll too far after a long day soaking up the California sun.

Located in the centre of Monterey lies the pristine stretch of beach known as Del Monte Beach.  A tranquil location, worthy of a Steinbeck novel, it is a local’s hidden secret. The beach is only accessible from a one-way road, known as Surf Alley, but when you arrive at Tide Avenue there is parking along the beachside street.

A sleepy neighbourhood with just four streets, lined with beach-style cottages, it makes for the ideal place to sneak away from the busy tourist filled streets of close-by Monterey. Pathways leading to the beach, along the ivy-planted bluffs, are lined with benches for picnics or taking that perfect IG snap.

Not to mention, Del Monte Beach is one of the only beaches in Monterey where you’ll find visitors setting up bonfires late into the night. Bring your smores and enjoy the sound of crashing of the waves as you look out at Monterey Bay cove. On a clear, sunny day you can see all the way across to Santa Cruz. Typically, it’s always a light jacket or long-sleeves type of attire location.

If you’re a surfer, you’ll want to join the regulars in the swill but don’t cut in line as locals will be sure to give you a piece of their mind. Lifeguards do not patrol this area of the beach so be sure to be careful as you take a dip or catch the surf. Monterey is one of those dreamy towns where people fall in love at first sight, so make sure you’ve packed well as you might not return home.

More a famous viewpoint than a typical beach, McWay Falls is the ideal photo-hunting location. The view from the cliffside offers a unbeatable angle to capture the waterfall crashing onto the beach with the approaching white- sands and endless ocean views behind. It’s a place where the eyes see more than any picture ever could do it credit for.

The waterfall is roughly 80-foot-tall and flows from the waters of McWay Creek in Julia Pfieffer Burns State Park and is one of only two waterfalls that empties directly into the ocean in California. Formerly private land, the beach and surrounding areas were donated to the State of California in 1961.

The beach is only accessible by boat as the cliffside doesn’t have a trail down so make friends with a wealthy boat-owner to check out this incredible beach. We recommend bringing a drone to get the best shots of the coastline and waterfall!

Sand Dollar Beach stretches along the scenic route of Highway 1, down the Big Sur cliffside coastline. It’s the largest beach in Big Sur and although the name would suggest, it’s sadly not littered with sandy dollars.

Instead, the treasure found here comes in pieces of Jade that wash onto its’ shores during rough high tides. Just down Highway 1 is Jade Cove, but it lacks the sand, so if you’re looking to jade hunt and lay out and sun soak this is the place to do it. Don’t be fooled by Serpentine, a stone that has the same color as Jade. You’ll be able to tell the difference as Jade is much harder and doesn’t scratch easy. Try and test your find on a sharp object.

Plaskett Creek Campground is located just across the highway, so you can spend the nights under the stars and the days catching waves. It’s a popular surf spot for these very reasons and one of the better ones along the Big Sur coastline. So, if you want to shred the gnar don’t forget your board. Access to the beach is from the parking lot along the path that leads to a long staircase down to the sand. And if you’re lucky enough, you can sometimes spot whales or dolphins migrating up and down the coast of California from the bluffs above the beach.