Richard Branson's Rail Group has been running the InterCity West Coast franchise since 1997. 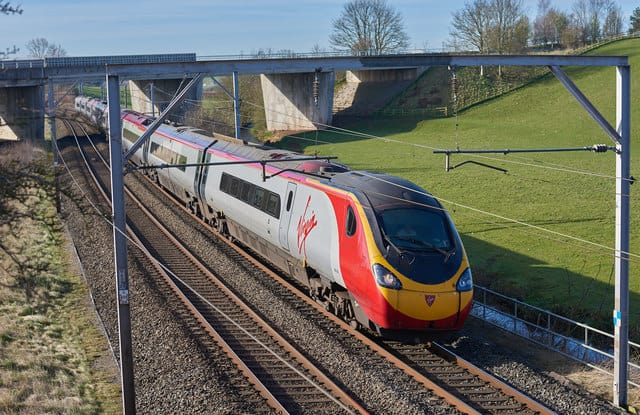 The Virgin brand will no longer run on British rails from December after it lost the West Coast franchise to First Trenitalia.

Richard Branson’s Rail Group was awarded the InterCity West Coast franchise in January 1997 after beating Sea Containers and Stagecoach to the prize.

Its livery also featured on East Coast trains for a short time before the government took over.

The Department for Transport’s (DfT) decision to award the West Coast Partnership (WCP) franchise to First Trenitalia means another franchise will switch from being wholly controlled by British companies to a part foreign state-run operation.

Analysis by the PA news agency found that more than three-quarters of franchises will be at least partly owned by states or firms from Europe, Canada and the Far East once the change on the West Coast takes effect.

So proud of the efforts of the teams who have turned the West Coast Main Line around from the struggling franchise it was when @VirginTrains took it over in 1997, to the top-rated service it is today https://t.co/7O7SmQbngd #VirginFamily pic.twitter.com/rSkgdjJ5qw

Around 61 per cent of all journeys will be on services owned by other countries.

Shadow transport secretary Andy McDonald said: “It’s time for our railways to be brought into public ownership so they are run in the interests of passengers instead of ripping them off to line the pockets of profiteers and shareholders.”

Rail, Maritime and Transport (RMT) union general secretary Mick Cash said: “Instead of following the popular public sector route, the Tories are taking yet another gamble on the crucial West Coast lines with one of the dwindling number of private operator consortia left in the game, in a move that RMT believes is doomed to failure and sure to result in yet more rail chaos.”

The announcement comes after it was announced regulated train fares are set to rise by 2.8 per cent on January 2nd.

Cash said passengers have “had enough of being ripped off by the private rail companies’ profiteering”.