The debate over Heathrow expansion continues to be bitterly contested by Gatwick Airport despite a third runway being recommended by the Airports Commission in 2015. Gatwick, it seems, is still missing a trick. For all the environmental and logistical benefits of building a new runway in Sussex, the fundamental problem is that it doesn’t operate […] 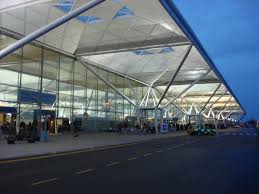 The debate over Heathrow expansion continues to be bitterly contested by Gatwick Airport despite a third runway being recommended by the Airports Commission in 2015. Gatwick, it seems, is still missing a trick. For all the environmental and logistical benefits of building a new runway in Sussex, the fundamental problem is that it doesn’t operate as a hub in the way Heathrow does today. If it is to become a viable solution, it needs to transfer out as many travellers as it welcomes in.

With the face of the aviation industry changing rapidly and at such speed, a duel hub function that marries long-haul and direct flights in the South West of London and European low-cost flights in the North of the capital could provide a rather interesting solution. With Stansted already flying direct to more than 140 destinations and having the infrastructure in place to cater for more it is already establishing itself as the gateway to Europe. But it could be time to start thinking further afield.

A new airline is planning to launch flights from Stansted to Amritsar (Punjab) and Ahmedabad (Gujarat) in a bid to make the airport a hub for travel into Europe. With connections to other low cost carriers the carrier could be the first to connect low-cost, long-haul destinations to European destinations, with the company already in talks with other low cost carriers.

If all goes to plan the company, which aims to give 51 per cent of net profit away to charities in the UK and India, will launch flights going westward to Toronto and Newark as “there is a huge Asian market that flies into those areas both ways”, POP’s chairman Navdip Singh Judge told City AM. POP will join Norwegian and Wow Air in offering low-cost transatlantic flights, with connections to the subcontinent too.

But before it can launch the airline is aiming to raise £5m through crowdfunding, which Navdip Singh Judge says is an “efficient and the least equity consuming way, but also allows customers to be aligned with us and be rewarded for supporting us initially.” POP is offering Gold Passes to investors to fund its start-up costs, which if successful could signal a new era for London Stansted Airport.