For any self-respecting wino – if ever there was a conflicting term – branded wine is an anathema. Call them what you like – bum wines, street wines, twist-cap wines, beverages for the economical drunkard – British supermarkets are littered with sugary bottles of plonk masquerading as wine. To the disconcerting drinker they offer a […] 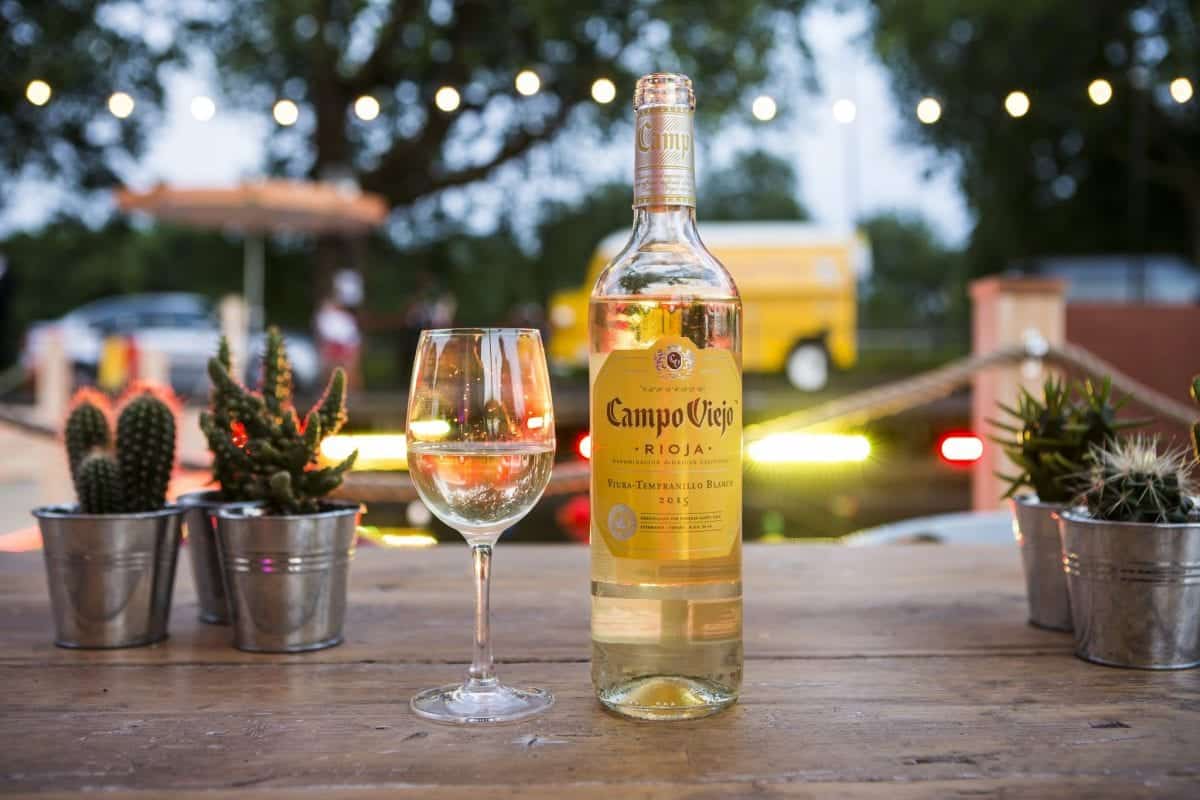 For any self-respecting wino – if ever there was a conflicting term – branded wine is an anathema.

Call them what you like – bum wines, street wines, twist-cap wines, beverages for the economical drunkard – British supermarkets are littered with sugary bottles of plonk masquerading as wine. To the disconcerting drinker they offer a cheap entry point to the civilised world of wine, but for the aficionado the Blossom Hills and Black Towers of the isles are as civilised as a night on the street brown bagging WKDs and puffing on cheap fags. They’re tarted up fruit juice and a shameful two fingers to an otherwise highly regarded industry.

But Campo Viejo doesn’t quite fit on either side of the fence. Despite sporting bold branding and being a mainstay on all supermarket shelves it is impossible to find their Tempranillo for under £6 and their Reserva for less than a tenner. Indeed, I know people from either side that would quite happily quaff barrels of the stuff, and so it was on Wednesday that I turned up to a pop-up floating wine bar in Clapham Common sponsored by the rioja brand with one question on my mind; is it OK to like Campo Viejo?

Let’s deal with the ‘contentious’ part first. Campo Viejo is undeniably a brand. It is owned by Pernod Ricard Winemakers and rubs shoulders alongside other behemoth industrial brands such as Jacob’s Creek, Brancott Estate and Graffigna. Each year it ships over two million cases of wine to markets around the World, chiefly the UK, where it is the number one Spanish wine and a leading Rioja wine brand world-wide.

Based on this industrial output alone you can be forgiven for feeling a little put-off by Campo alongside smaller estates, but here’s the rub; it is a good wine. Unlike it’s other branded counterparts based largely in New World territories Campo Viejo is produced in one of the most well-regarded wine regions in the World. Their state-of-the-art winery – constructed partly underground – was purpose-built to marry traditional wine-producing processes with the latest techniques to support industrial output. Their Reserva, exported widely, is aged in French and American oak for 18 months before being shipped and has picked up numerous accolades including a gold at Vinexpo.

So the question at hand is, can you produce high quality wine on an industrial scale? The answer to which, is clearly yes. Dom Perignon produces 5 million bottles of champagne a year, yet you’ll see very few wine snobs stick their nose up at that. The same can be said of the best malt whisky distilleries, port houses or indeed wineries. Even Bordeaux First Growths churn out hundreds of thousands of bottles per year.

Campo Viejo finds itself in the unfortunate position of being too pricey for the disconcerting wine drinker and a little too brand-driven for the winos, but you shouldn’t be perturbed by the colourful trinket. This is a wine that can hold its weight with the best of them in this price bracket, and as more Brits get a taste for the finer things they could have carved themselves out a very lucrative niche.