The body of a suspected stowaway that fell from a jet hit the ground just one metre from a man sunbathing in his back garden in south London, a neighbour has claimed. Police were called to an address in Offerton Road in Clapham at 3.39pm by shocked residents. One neighbour described hearing a “whomp” as […] 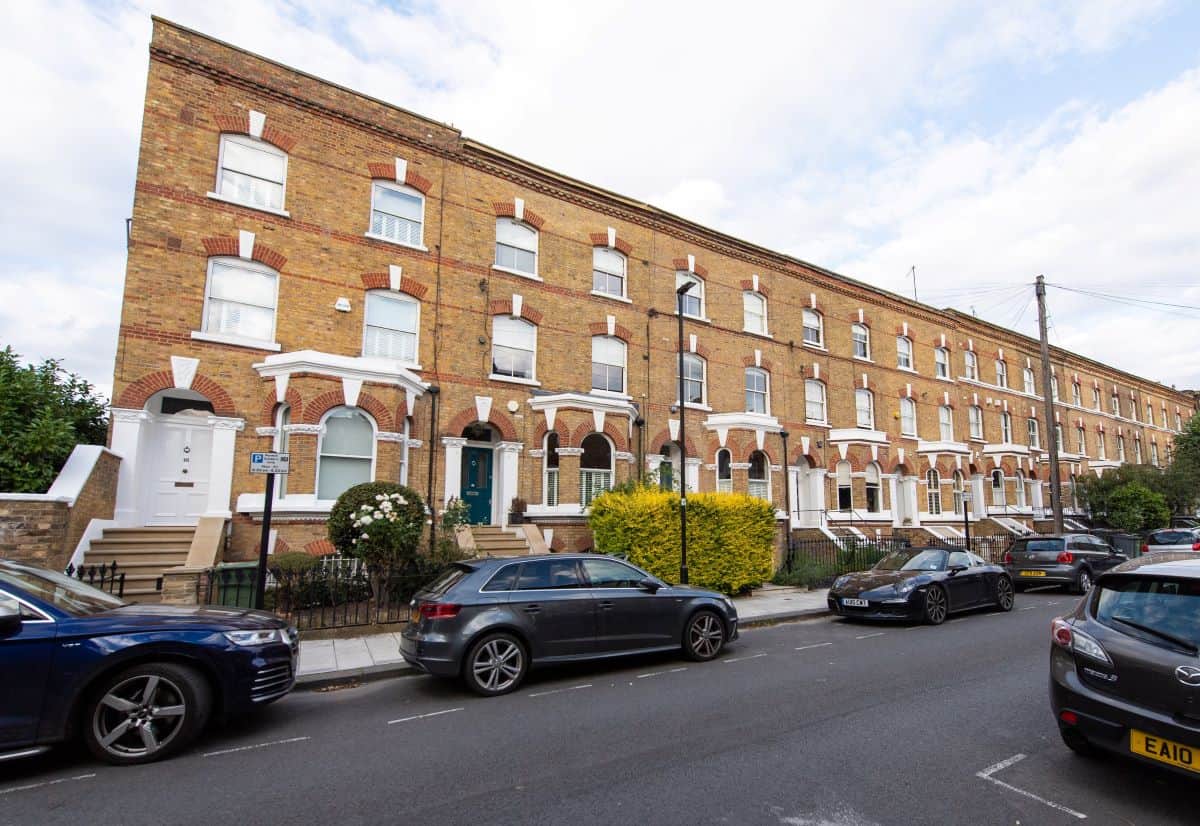 The body of a suspected stowaway that fell from a jet hit the ground just one metre from a man sunbathing in his back garden in south London, a neighbour has claimed.

Police were called to an address in Offerton Road in Clapham at 3.39pm by shocked residents.

One neighbour described hearing a “whomp” as the body hit the ground.

Police believe the body to be that of a male and he is understood to have fallen from the landing gear of a Kenya Airways flight as it prepared to land at Heathrow Airport.

The individual fell into the garden of a property that changed hands for £2.3 million last year – only a metre from a tenant who had been enjoying the sunshine.

The neighbour said: “I heard a ‘whomp’ – I went upstairs to look out of a window. At first I though it was a tramp asleep in the garden.

“He had all of his clothes on and everything. I had a closer look and saw there was blood all over the walls of the garden.

“His head was not in a good way. I realised immediately that he had fallen.

“So I went outside and it was just then the neighbour came out and he was very shaken.

“He had been sunbathing and he landed one metre away from him.”

He continued: “The police were here very quickly.”

The neighbour, who asked not to be named, said that a plane spotter, who had been following the flight on an plane tracking app from Clapham Common, had seen the body fall.

The plane spotter had arrived almost at the same time as the police and told them the body had fallen from a Kenyan Airways flight.

The neighbour said: “The police had four cars. They were here for about five hours to start the clean-up operation.”

He said the body was removed at about 8.30pm and that the clean-up team had returned on Monday morning to continue the job.

He added the neighbour that had been sunbathing had returned briefly yesterday evening before leaving again.

He said: “I spoke to Heathrow Airport this morning to ask if they were aware of this.

“If it had been two seconds later, he would have landed on the common where there were hundreds of people – my kids were in the garden 15 minutes before [he fell].

“I spoke to Heathrow. They said this happens once every five years.”

Describing the victim, he said: “One of the reasons his body was so intact was because his body was an ice block.”

He added: “The investigation is with Nairobi Airport, if someone can climb up into the wheel arch then someone can put up a bomb up there and let it off over London.”

Another neighbour said she had heard a thump, but thought it was falling scaffolding from nearby building works.

Referring to her neighbours, she said: “My heart goes out to them, they’re going to have to live with that for the rest of their lives.”

The Met Police said a bag, water and some food were discovered in the landing gear compartment of the plane when it arrived at the airport.

A post-mortem will be carried out in due course, the force said, and the age of the individual has yet to be determined.

The death is not being treated as suspicious.

Inquiries are being conducted with the Met’s southern central command unit and its aviation policing command.

The Met said it would be liaising with the airline and international authorities.

In 2012, Jose Matada fell to his death from a British Airways flight inbound from Angola.

Mr Matada, originally from Mozambique, was found on the pavement in East Sheen on September 9.

An inquest into his death heard he is believed to have survived freezing temperatures of up to minus 60C for most of the 12-hour flight.

But he was understood to be “dead or nearly dead” by the time he hit the ground.

In 2015, the body of a man landed on a shop in Richmond having clung on in the undercarriage of a plane from Johannesburg in South Africa to Heathrow.