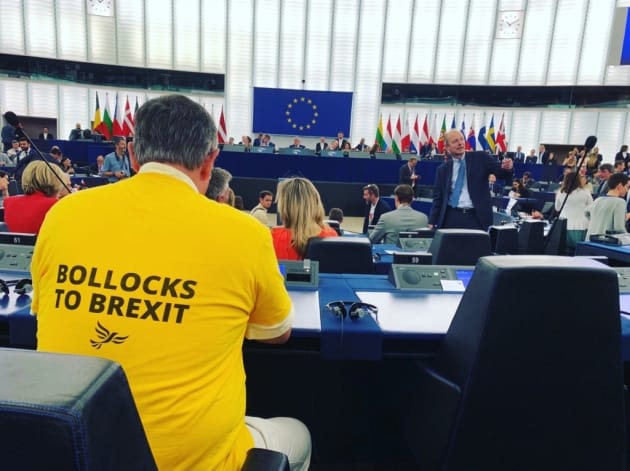 The Liberal Democrats wore bright yellow t-shirts with ‘Bollocks to Brexit’ on the back, setting out their thoughts on the Brexit issue on their first day on the job.

It was the first day for the new intake of MEPs in the European parliament.

He said: “Here’s my new view in the plenary of the European Parliament!”

However, it didn’t go downthat well with everyone as you can see from these Tweets, below.

Absolute state of the Lib Dem MEPs: wearing “bollocks to Brexit” T-shirts into Parliament. Bollocks to 17.4million voters is what they are saying. Childish, 6th form nonsense #ChangePoliticsForGood pic.twitter.com/GL09f3ZT11

Those yellow dots in picture are libs dems who have turned up in their "Bollocks to Brexit" t-shirts. Stay classy guys. Bringing anti-democracy UK style to #Strasbourg – luckily @brexitparty_uk here to fly flag for democracy & national/popular sovereignty pic.twitter.com/YjLGgjFrH0