When Spring arrives in Seville, temperatures can go from 15 to 30 degrees in 24 hours. Orange trees blossom overnight. And as flowers begin to bloom, the locals do too. At the beginning of April, stunning Spanish Señoritas in traditional, vibrant dresses appear across the city – often alongside dashing men on noble white steeds, […] 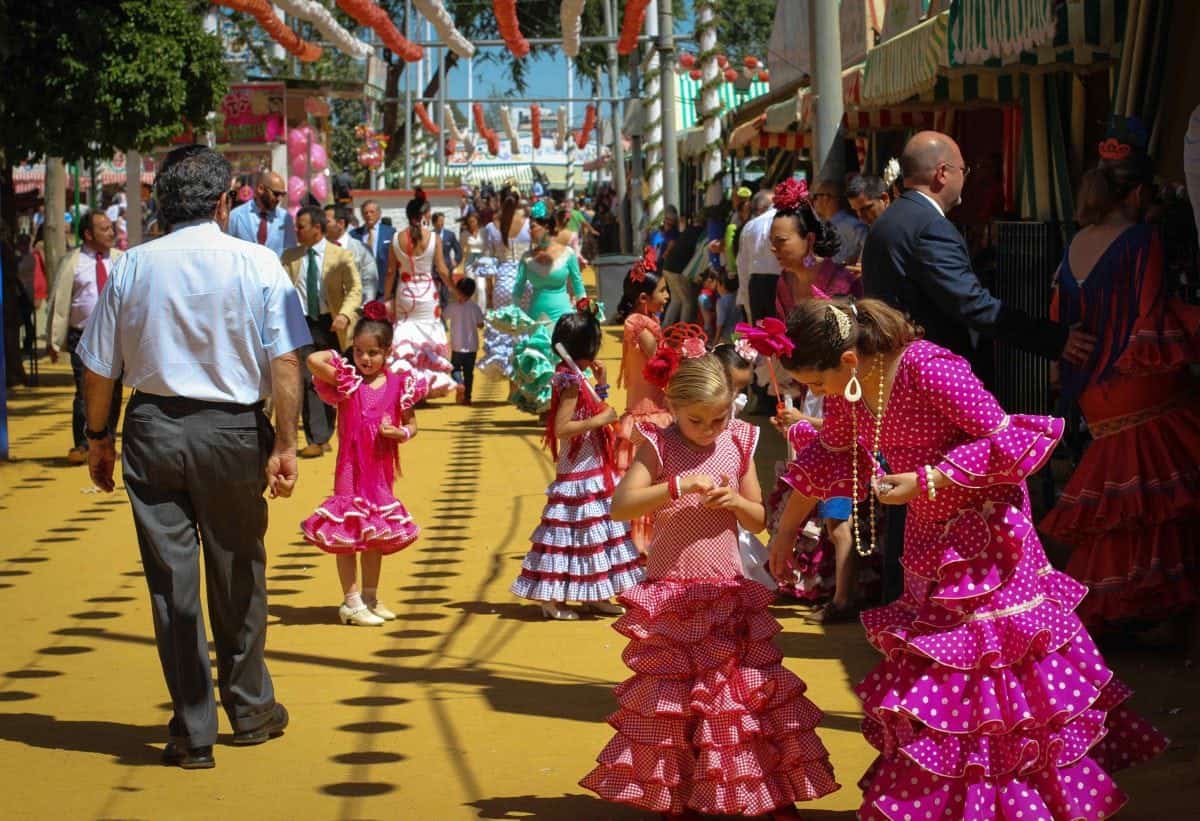 When Spring arrives in Seville, temperatures can go from 15 to 30 degrees in 24 hours. Orange trees blossom overnight. And as flowers begin to bloom, the locals do too.

At the beginning of April, stunning Spanish Señoritas in traditional, vibrant dresses appear across the city – often alongside dashing men on noble white steeds, with beers in hand. Streets stream with open-top, horse-drawn carriages, as high society families parade by, fanning themselves in the sun. Everyone is heading to the same place: La Feria. What is La Feria?

La Feria is a week-long, good old-fashioned colourful Spanish party. Think British country fair on an acid trip. It takes place in Seville’s Triana neighbourhood and is made up of charming, bright marquee tents (casetas), constructed especially for the event. It is so traditional that were it not for the smartphones, you’d think you had just stepped into the 1800’s, which is when the festival began!

When is La Feria?

Next week! The festival goes from Sunday 15th until Saturday 21st April 2018.

Ladies, you need a flamenco dress, a fan, and flower in your hair (on the top, sideways is classic tourist). Gents, a good suit will do, just bear in mind that this is peacock territory so look sharp. The bevvie of choice is ‘rebujito’ – a mix of sherry and 7up. Think of it as the Spanish equivalent to Pimms. Beware, it sneaks up on you with the mother of all hangovers. It usually comes in big jugs, then shared with friends in shot-sized glasses.

Where do we party?

Everyone parties in casetas but around 80% of them are private (locally owned by friends and family). However, for smooth talkers, it’s not much of a problem. For everyone else there are large public casetas where you can get amongst it.

How do we dance at La Feria?

Every caseta blasts out “Sevillanas” an Alegre form of flamenco where you dance in two’s. If you don’t get time for some classes beforehand, just think “pick the apple, eat the apple, throw it away”. It’s like a classy, Spanish version of “big fish, little fish, cardboard box”.

What time to hit up La Feria?

Most newcomers tend to hit the feria in the evening, but the party starts in the day and is a sight to behold while the sun’s still up. Peak times are between 3 pm and 12 am. La Feria is one of those events that you have to see once in your life. It encaptures everything that is truly Spanish. If you’re thinking of coming to Andalucia, this is your moment. Be spontaneous. Or book up now for next year… you won’t regret it!