by Rosie Benson, travel writer Living so close to the continent and spoilt for choice with budget airlines, it’s easy to forget that we have our very own island getaways right here on our shores. There are more than 6,000 islands across British and Irish waters, and even more when including British Overseas Territories. We’ve […] 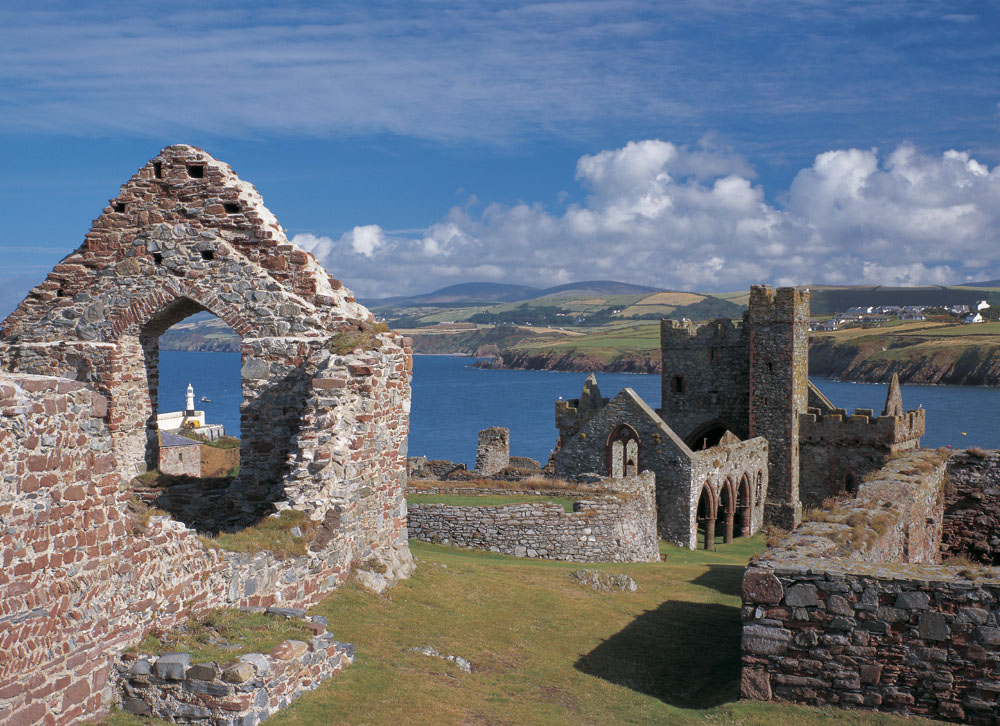 Living so close to the continent and spoilt for choice with budget airlines, it’s easy to forget that we have our very own island getaways right here on our shores. There are more than 6,000 islands across British and Irish waters, and even more when including British Overseas Territories. We’ve put together a selection of some of the best.

The largest of the Channel Islands, Jersey is a time-honoured favourite of holidaymakers – not least because it sits much closer to France than England, benefitting from warmer climes and French-inspired food.

Why go: Jersey is home to some stunning scenery, offering plenty of cliff top walks and beautiful beaches to enjoy. The island is also a history buff’s dream, being the only British land to have experienced five years of German occupation during WWII.

Where to stay: For a five star trip book a suite at luxury hotel and spa The Club.

Where to eat: Sample local produce while overlooking the marina, at Quayside Bistro & Grill in Jersey capital St. Helier.

If you do one thing: Visit the Jersey War Tunnel complex, comprising over 1km of tunnels built during the German occupation. Now closed for the winter, the tunnels will reopen in March 2016.

The Isle of Man

Cycling on the coast of the Isle of Man

The Isle of Man is the perfect antidote to modern city life, particularly if you enjoy mountainous walks, Celtic and Viking History, or motorcycle racing. Although be warned, the annual, world-famous Tourist Trophy (TT) motor race has been described by Time Magazine as ‘one of the most dangerous races known to man.’

Where to stay: Stay in a fisherman’s cottage along the seafront in Peel, offering stunning views of the Irish Sea and Peel Castle.

Where to eat: Try a traditional homemade Manx broth at the Crafttea Weaver Tearooms, situated above the famous Laxey Woollen Mills.

If you do one thing: Tuck into a plate of Manx Loaghtan Sheep. These striking, horned sheep are native to the island and their meat is considered to be a delicacy.

Granted, these are a bit further from UK mainland than the others, but the Falkland Islands are still undeniably British, with 99% of residents voting to stay that way in a 2013 referendum.

The Falklands are in a unique geographical position, being one of the few places where it is possible to observe penguins and other Antarctic wildlife in their natural habitats, without having to actually visit the Antarctic landmass itself (brr!). On top of that there’s fascinating military history to be learned, and plenty of rugged, green landscape to enjoy.

King Penguins on the Falkland Islands

Where to stay: Wake up by the sea at the Waterfront Hotel in Stanely.

Where to eat: Visit the Malvina House Hotel and ask for a pint of Maiden Bitter with your meal. This comes from the islands own (and only) microbrewery, set up by islander Jeff Halliday in 2012, after he discovered a taste for real ale in the UK and decided to brew his own back home.

If you do one thing: Pick up a penguin! Well, it’s probably best not to actually pick one up, but you can visit them at a number of locations across the islands. The Bluff Cove Lagoon Tour is an award winning, family run business that allows you to see both Gentoo and King Penguins in their natural habitat.

The Isles of Scilly

Located off the coast of Cornwall, the picturesque Isles of Scilly are another firm favourite of British sun-seekers. Whether you want to relax in a spa, play golf, or try and spot some migrant birds stopping for a rest on their journey home, there is bound to be something in Scilly perfect for everyone.

Why go: The islands’ economy is heavily reliant upon tourism, which means that there is an abundance of activities to enjoy. The terrain and location means the Scilly Isles are perfect for sailing, horse riding, bird watching, and generally being outdoorsy.

Where to stay: Wake up to the ocean with a stay at Troytown Farm and Campsite on the Isle of St. Agnes.

Where to eat: Visit Coastguards Café for a bite to eat while admiring the sea view. Pop back again in the evening when this small venue becomes the intimate seafood restaurant High Tide.

If you do one thing: Book a place on Walk Scilly 2016. Take part in this week-long walking festival of themed and guided walks across all of the inhabited islands, and some of the uninhabited ones as well.

Saint Helena is the island to come to if you really want to get away from it all, (and get yourself a healthy suntan in the process). It has been described as one of the remotest islands in the world, and is famous for being the location of Napoleon’s exile and death. You can find it in the middle of the South Atlantic Ocean, halfway between Brazil and Africa.

Why go: Volcanic, rocky and remote, with a population of only 4,000, St. Helena is more rough diamond than perfect paradise. However, this is all part of its charm. The only way to visit at present is to catch a lift with Royal Mail cargo-passenger ship RMS St. Helena, but this is all set to change this year with the opening of a new airport, which the island hopes will kick-start its tourist industry.

Where to stay: Willowdene B&B, owned and run by Saint Helena’s first female sheriff, provides gorgeous views over Jamestown harbour. The two bedrooms are decorated with genuine African artefacts and coffee is provided from the property’s own plantation.

Where to eat: Make sure to try some local St. Helenian cooking at one of the local restaurants in Jamestown. Popular dishes are St. Helena fishcakes, grilled wahoo steak and battered tuna, often served with a spicy twist. Visit http://sthelenatourism.com/where-to-eat/ for more details.

If you do one thing: Visit Longwood House where Napoleon was exiled in 1815. Guided tours are the only way to see this fascinating property, and can be booked at the local tourist office.