Built to bring together style and practicality in an all-round package, how well does the Velar hit the mark? 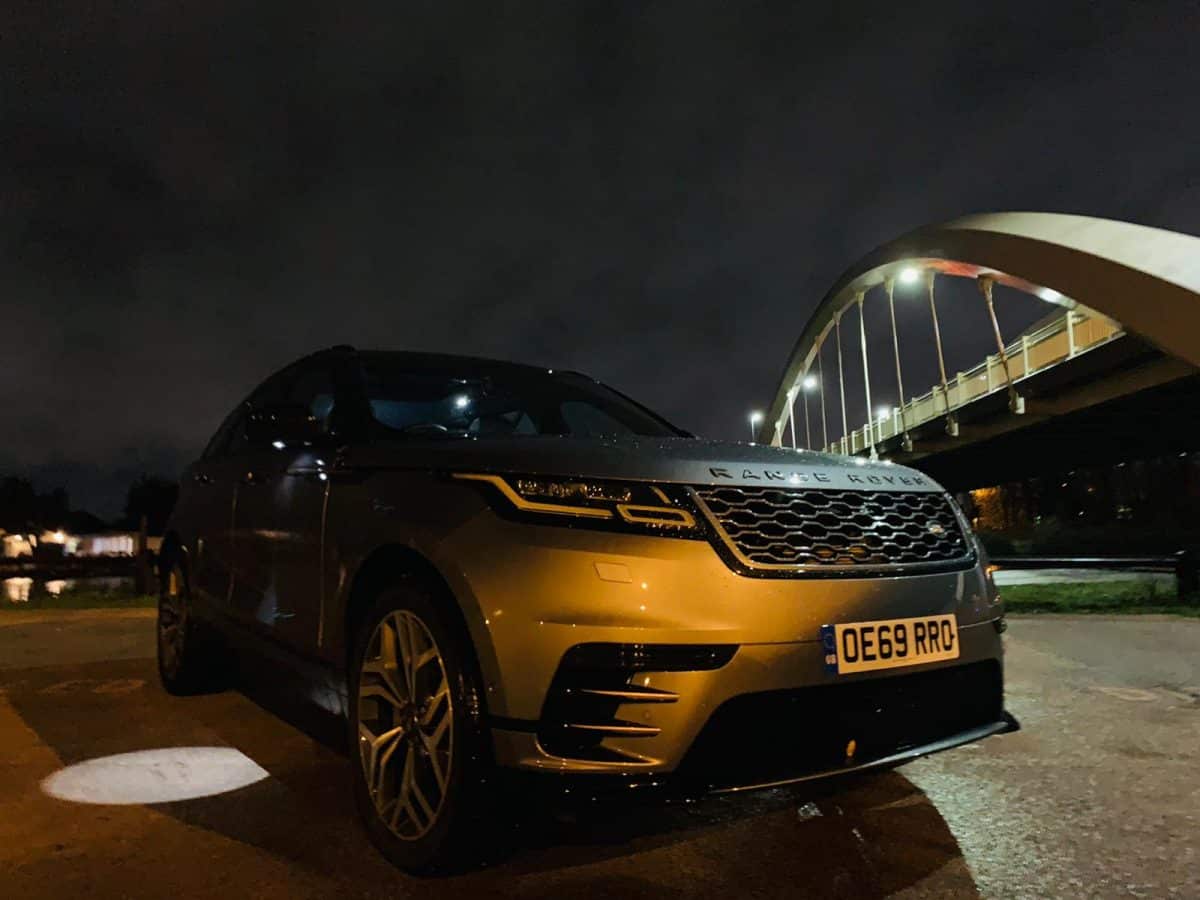 Christmas is a good time of the year to have a practical car. The weather is freezing, the nights are long and there’s stuff to be transported around. Preparing for Christmas in your bubble isn’t the usual routine, but hopefully this is a one-off, presuming the vaccine works and we don’t all have eight limbs by this time next year.

I’ve recently moved to a new house, so there’s been that added layer of transportation to throw into the mix this year – collecting a new bed, taking some of the previous inhabitants’ stuff to the tip, ferrying things from storage etc. etc.

I was rather grateful this week, therefore, to have the Range Rover Velar SE P250. Talking about the mundane isn’t the obvious place to start with this car. In a saturated market of SUVs its good looks and elegance are what immediately set it apart. It really is a handsome car and the interior doesn’t disappoint, either.

The model tested here had cream leather with black effects. Combined with the panoramic roof, it makes it a nice, light place to be. The dual touch screen infotainment and vehicle control systems are easy to use and the controls on the steering wheel are intuitive. It makes it an easy car set up, even if it did take a couple of days to get used to one or two of the Velar’s nuances.

Initially it bonged. It bonged a lot. Driving past a lorry on the motorway? Bong. A bus pulls alongside you in traffic? Bong. It constantly thinks you’re about to crash, with the SOS button illuminating ominously in the control panel above the rear-view mirror. A quick flick through the assistance settings, however, and all was remedied, down to the point where it only bonged to alert you about speed cameras. Which is fine.

Not that this is a car that encourages you drive fast. With its airy cabin, comfy seats and light steering, it’s far more rewarding to just waft around in. Driver engagement is on the low side, but then that’s not this car’s raison d’etre. You really have to push it hard to extract the available performance.

The model tested came with the Meridian sound system and this deserves a nod, because it’s brilliant. It comes with the R-Dynamic SE package, but it is worth considering if you’re having a serious look at one of these.

Now this is the Velar’s raison d’etre. The boot will take pretty much anything you care to put in it. You can get a cricket bag in there, so that’s always the bare minimum when it comes to storage in my eyes, but the Velar would take several cricket bags and your weekly shop.

There’s plenty of space in the back, too, for three passengers. Isofix makes getting the kids in very easy and the high standing of the car also helps in this regard.

When it comes to driving, as you might expect, the Velar deals with speed bumps and potholes with consummate ease, barely disturbing you as you head over them. It’s also a relaxed drive in challenging conditions. Caught out in a storm on country roads, the Velar’s playful side surfaced, the only time it really encourages you to throw it about a bit, hitting every puddle and negating the adverse conditions in an engaging manner. The adaptive full beam setting takes another consideration out of your hands, with the lights detecting oncoming traffic and cars in front of you to divert the light away from them whilst giving you maximum visibility. It’s a clever and useful system that adds to the overall ease of using the Velar.

There’s no gear knob in here, instead upon start up a gear sphere, a rising knob, raises itself from the centre console and you twist it to whichever direction you wish head in. The Velar also comes with auto parking functionality, which is useful for a car of this size, helping you get into the tightest gaps when you’re driving around town.

On the petrol front, the P250 gave me a combined 24.5mpg during the week tested. Given a lot of urban driving was involved, that isn’t too bad at all. Not having to slow down too much for speed bumps is a big help in this regard. It certainly makes you think about how much higher emissions must be in areas strewn with speed bumps, like where I live, for example. Reduce pollution in your town – buy a Range Rover. A counterintuitive tagline that you might struggle to convince Green Peace of.

Seeking to pitch the Velar against a range of scenarios, I gave it a good mixture of country roads out towards the Surrey Hills and drove it to west London numerous times. On the commute to work the relaxed cabin reduced the stress of sitting in traffic and it handled the narrow lanes of Kensington very well. Driving home through Kensington, Chelsea, Fulham and Putney felt like the natural habitat of this car. Yes, it’s capable of doing a spot of genuine off roading, and it has the settings for all eventualities, but 99.9% of these are going to be driven around town. It certainly didn’t feel out of place in such opulent surroundings.

Stretching its legs out on the A3 the Velar was unfussy, the 8-speed gear box shifting through the gears easily and then the ride being quiet and smooth at higher speeds, too.

In the countryside it was perfectly amenable. When you start to push it a bit there is a lot of body roll and it understeers if you turn in too sharply, but nothing that you wouldn’t expect from a car of this size and weight. The brakes have a lot of work to do, but what else would you expect?

Clearly built for style, the Velar delivers plenty of substance on the side. It really is a good looking car and the interior is spot on. You’re as happy being in it as you are looking at it on your drive. In that respect, it does stand out from the pack.

My wife had a go, too, and she loved it. She’s not so fussed about trivial matters such as driver engagement but was apprehensive about its sheer size before we drove to Kew Gardens to see their Christmas lights show. Once behind the wheel, however, she started to love it. The light steering and smooth ride make it an easy car to become familiar with.

It is worth spending a bit of time familiarising yourself with the handbook, though. It took a couple of days to get used to, but once the settings were to my preferences, there’s not much to fault here.

It delivers practicality in spades and nails its brief in terms of landing the right punches with its target market – it ticks all the right boxes when it comes to style, practicality and ease of driving. That, in a nutshell, is what SUV drivers are looking for.