Every new Jaguar Land Rover will be electrified from 2020 as the British car giant responds to increasing demand for eco-friendly models. The Midland-based manufacturer has been famous in the past for building sports cars and off-roaders with gas-guzzling petrol engines. But in recent years they have slashed carbon dioxide emissions – and they are […]

by Joe Mellor
in Environment, News, Tech and Auto 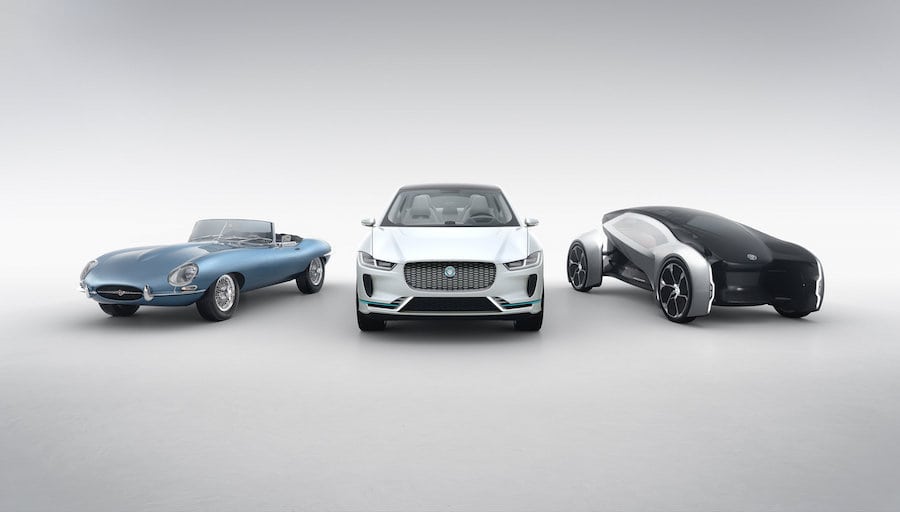 Every new Jaguar Land Rover will be electrified from 2020 as the British car giant responds to increasing demand for eco-friendly models.

The Midland-based manufacturer has been famous in the past for building sports cars and off-roaders with gas-guzzling petrol engines.

But in recent years they have slashed carbon dioxide emissions – and they are now following in Volvo’s footsteps by introducing electric technology to its entire range.

The firm, which is owned by Indian conglomerate Tata, says all models from 2020 will range from being fully electric to plug-in hybrid and mild hybrid.

Its first all-electric car, the Jaguar I-Pace compact SUV, will go on sale next year.

Early indications suggest it will be one of the fastest ever selling Jaguars, with more than 25,000 models already on order. It will have a range of 310 miles and do 0-60mph in around four seconds.

The company made the announcement at its inaugural Tech Fest, a public exhibition being held at University of the Arts London.

“We will introduce a portfolio of electrified products across our model range, embracing fully electric, plug-in hybrid and mild hybrid vehicles.

JLR is also using the event to unveil an all-electric version of the iconic 1960’s Jaguar E-Type, the model famous dubbed the prettiest car in the world by Enzo Ferrari.

The super-green Jaguar E-Type Zero, based on a 1968 convertible model, will be capable of 0-60mph in just 5.5 seconds – one second quicker than its petrol-powered equivalent.

Demand for alternatively-fuelled cars is surging at the moment.

In July Volvo announced all cars from 2019 would be partially or completely battery powered.