Notifications of windscreen washer fluid running low are likely to be ignored for the longest, closely followed by warnings of low fuel levels, faults with the rear fog lights, and tyre pressure monitoring. 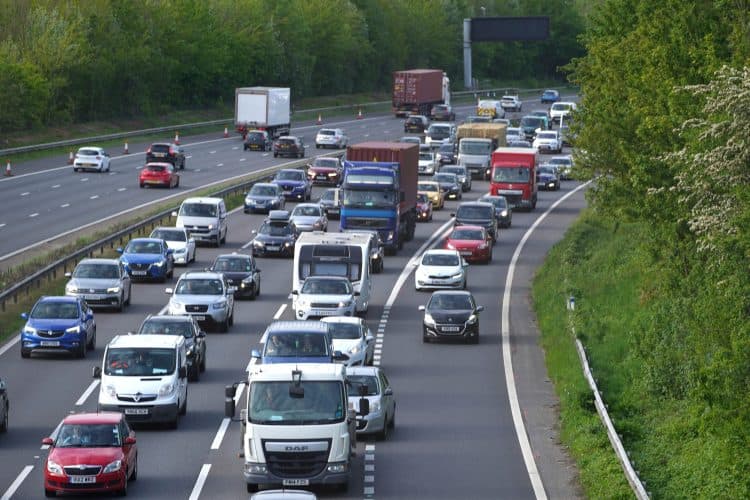 A quarter of British drivers currently have an illuminated warning light on their dashboard – which has been on for an average of nine weeks.

Research into 2,000 motorists found six in 10 do not understand what their cautions mean and a third have no intention of addressing the warning any time soon.

Of these, 43 per cent claim there are too many warnings to fathom, and 30 per cent have no idea what action to take when they do appear.

Notifications of windscreen washer fluid running low are likely to be ignored for the longest, closely followed by warnings of low fuel levels, faults with the rear fog lights, and tyre pressure monitoring.

And more than one in 10 have found themselves in a bit of a pickle as a direct result of ignoring the warning lights – either by breaking down on the road, having to pay repair bills or being stopped by the police.

Other issues experienced by motorists after turning a blind eye to their warning lights include being stalled in traffic (33 per cent), failing their MOT (33 per cent) and suffering a punctured tyre (32 per cent).

A spokesperson for Vertu Motors, which commissioned the research, said: “As many drivers are now back on the roads, it’s vital not to ignore your warning lights on your vehicle’s dashboard as this may lead to serious consequences in the long run.

“What’s more concerning is that several drivers only understand some of the warning lights on their dashboard.

“It’s crucial people read up on what their warning lights mean so they can respond with the appropriate action.”

The research also found a third of adult motorists are unsure what action to take when they see a warning light appear, regardless of what it is.

Worryingly, six in 10 adults polled don’t know what it means when a green alert appears on their dashboard, with 21 per cent assuming it means something needs servicing.

While 31 per cent of drivers don’t know a red alert means there is a serious problem, with one in 20 assuming it means the car system is operating as normal.

But when motorists do pay attention to the dashboard and its symbols, 34 per cent will first refer to the vehicle’s manual for next steps.

Around a quarter (22 per cent) will pull their car from the road to a safe location to assess the situation while 18 per cent immediately take their vehicle to the garage for inspection.

For instant advice, 32 per cent call on their partner to help with understanding their warning lights while only 12 per cent reach out to the parents for assistance.

But the study, via OnePoll, found 23 per cent of drivers are guilty of ignoring their warning lights as fear they won’t be able to afford the repairs – with those who have been hit with a bill forking out an average of £500.

A further 27 per cent will only tend to their vehicle’s servicing when it has actually broken down, or the car won’t start.

A spokesman for Vertu Motors added: “There’s a clear link between the time it takes for people to tend a warning light and the cost associated with repairs, which is why most drivers find it a bothersome task to do.

“But to protect yourself, your vehicle, and others on the roads, it’s important to cover all the checks to ensure your car is running as smoothly as possible.

“If you’re unsure on what to do, there are plenty of useful guides and resources online from the get-go.”