A Lancashire Police spokesman said the offender had "less to say this time". 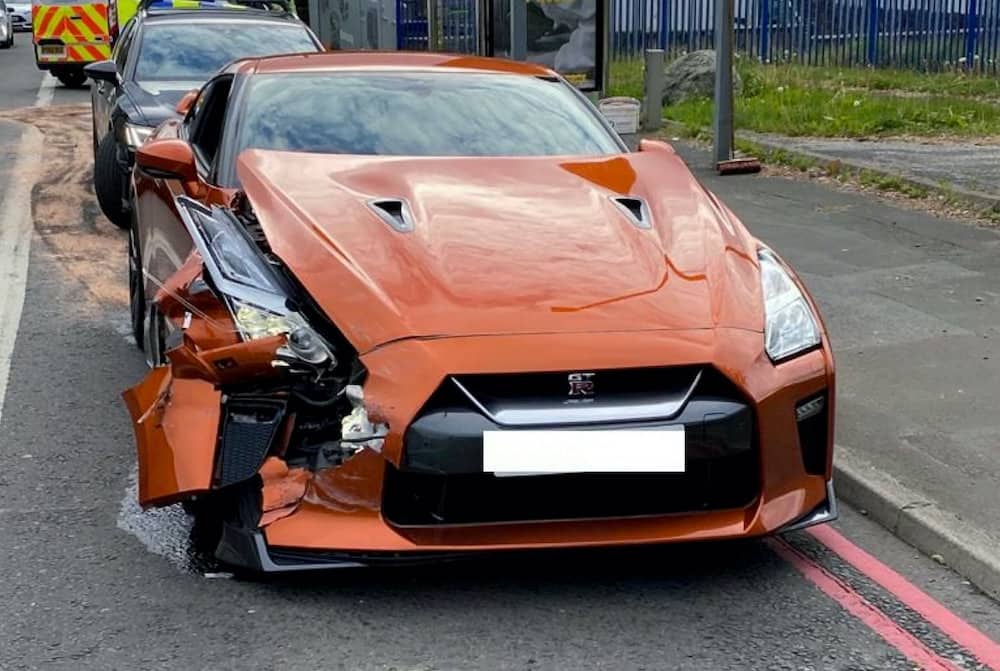 A sports car driver who was pulled over for careless driving and breaching coronavirus lockdown rules has crashed the same vehicle – just one week later.

Photos show the orange Nissan GT-R, which has a top speed of 195mph, with significant damage to its right side following a devastating smash on Saturday (May 16).

The incident came only nine days after the same motorist was pulled over for antisocial driving by the same office who attended Saturday’s crash in Blackburn, Lancs.

A Lancashire Police spokesman said the offender had “less to say this time”.

They added: “You may remember this GT-R from the 7th of May.

“The driver failed to heed his warning… and has now been reported for driving without due care and attention following a collision in Blackburn.

“We are absolutely committed to stopping the antisocial use of Lancashire’s roads and we want you to keep reporting these incidents to us as we can only deal with what we know about.”

An ambulance attended the scene, although it is not clear whether anyone was injured.