Four children aged 10 to 14 packed fishing rods in a parent’s car, left a farewell note then drove more than 600 miles down the Australian east coast before they were stopped the next day. Acting Police Inspector Darren Williams said on Monday the children were stopped by police near Grafton in New South Wales […] 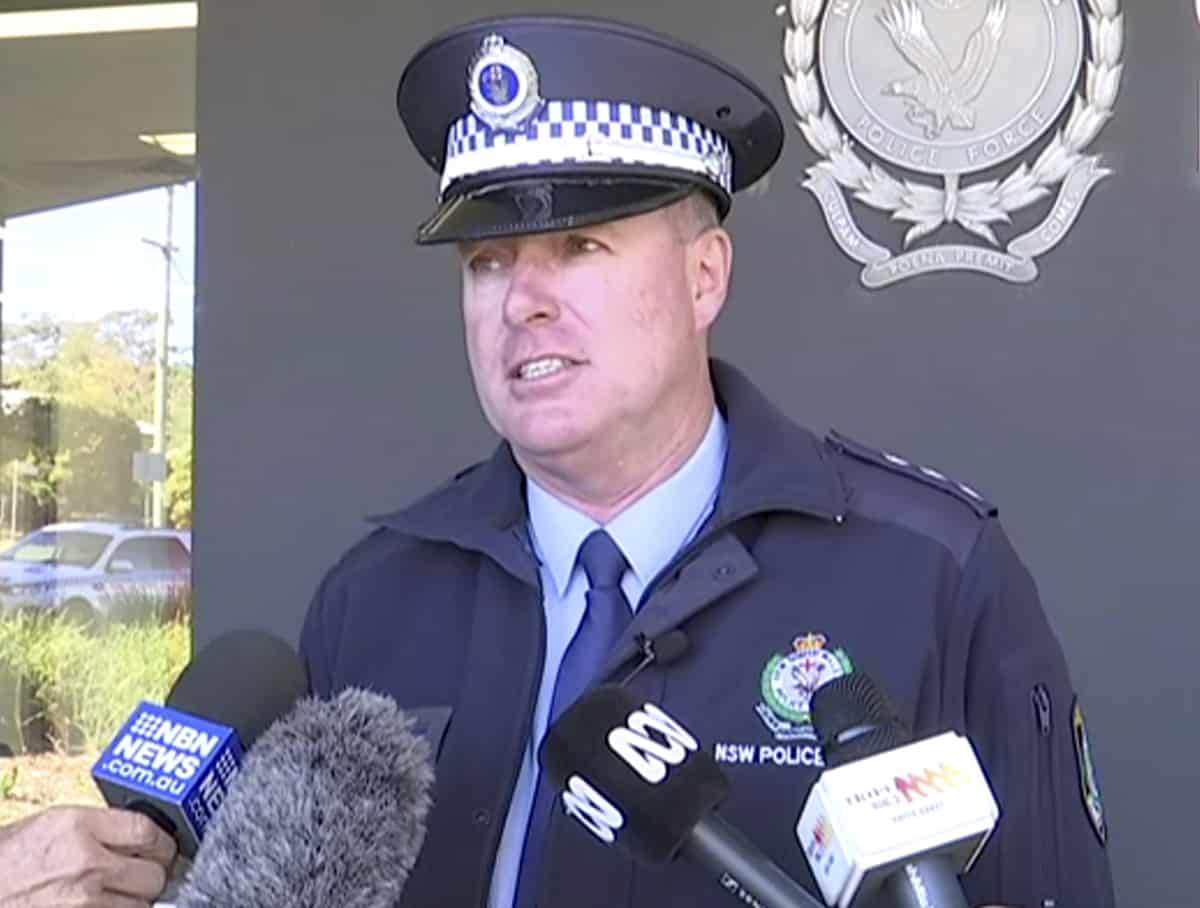 In this image made from video, New South Wales state police Acting Inspector Darren Williams speaks about child drivers during a news conference in Coffs Harbour, Australia, Monday, July 15, 2019. Four children aged 10 to 14 packed fishing rods in a parent's SUV, left a farewell note then drove more than 1,000 kilometers (600 miles) down the Australian east coast before they were stopped by police the next day, an officer said on Monday. (Australian Broadcasting Corporation via AP)

Four children aged 10 to 14 packed fishing rods in a parent’s car, left a farewell note then drove more than 600 miles down the Australian east coast before they were stopped the next day.

Acting Police Inspector Darren Williams said on Monday the children were stopped by police near Grafton in New South Wales on Sunday, then locked the doors and refused to get out.

He said a police officer used a baton to break a window of the Nissan Patrol, which had been reported stolen.

Police were not sure which child or children drove or why they left Rockhampton in Queensland state on Saturday. The children are a 14-year-old boy, two 13-year-old boys and a 10-year-old girl.

“It’s a long way, in excess of 1,000 kilometres (600 miles) from Rockhampton down to Grafton. I couldn’t imagine one person actually driving all that way in two days,” Mr Williams told reporters.

The children are suspected of failing to pay for petrol at petrol stations in two towns, Mr Williams said.

They were also chased by police in the New South Wales town of Glen Innes, where a 13-year-old was suspected to be driving, Mr Williams said.

“There was a short pursuit up there with the Highway Patrol and due to the age of the driver and the road conditions, that was terminated by the Highway Patrol officers … and the general duties police that were involved,” he said.

The 14-year-old lived in Grafton, which might have been the children’s destination, Mr Williams said.

Police have yet to interview the children because they cannot be questioned without a parent or guardian being present.

Mr Williams said they will be charged, but did not list the alleged offences.

Williams did not know if the children were related or how they knew each other.

He did not know what the children had written in the note that was left in Rockhampton.

Schools are closed in New South Wales for the mid-year holidays, while the school holiday ended in Queensland on Monday.

Drivers must be at least 17 years old in Queensland to apply for a licence.