Police have slammed the luxury car owner after the vehicle was parked sideways across a pedestrian walkway in Bradford, West Yorks 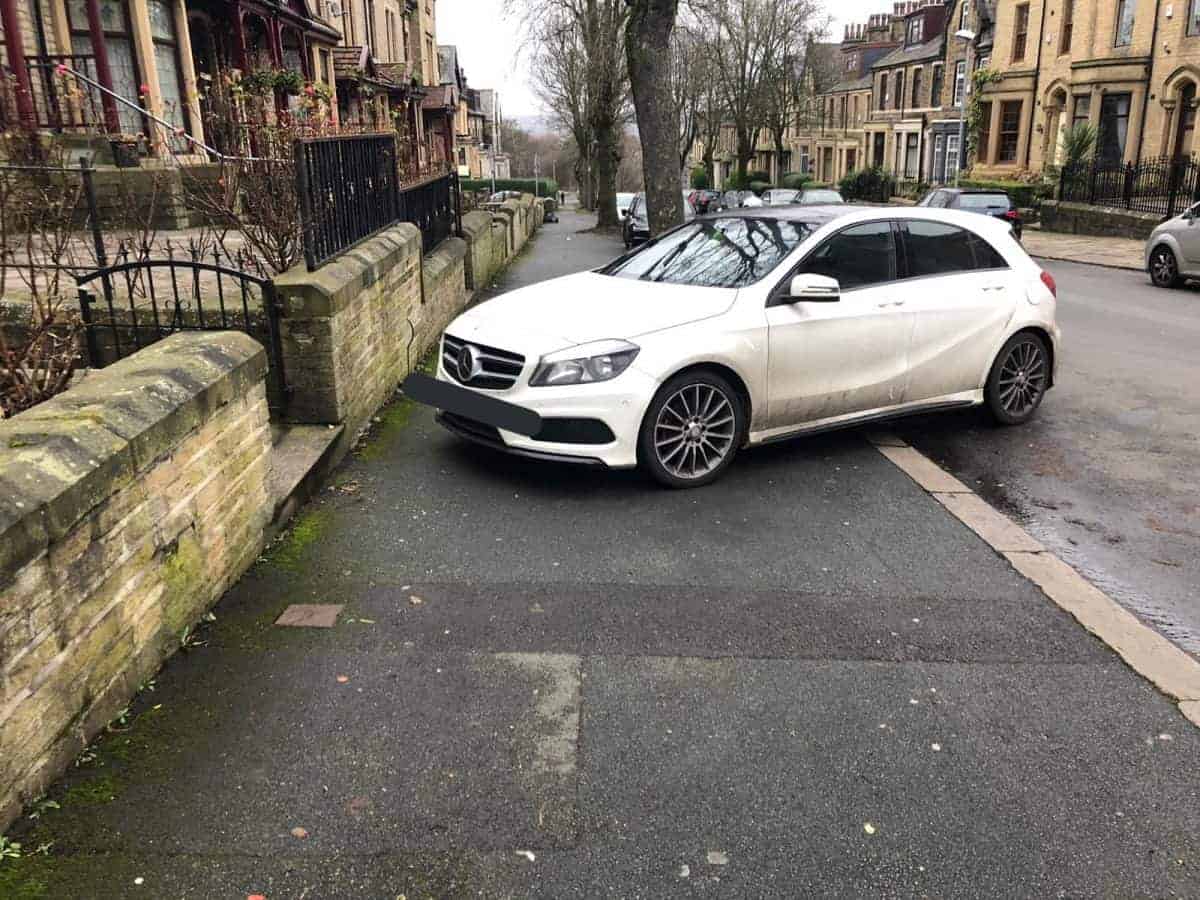 This ridiculous picture shows an arrogant motorist who cops thought had abandoned their car on the pavement – but had actually PARKED it to visit family.

Police have slammed the luxury car owner after the vehicle was parked sideways across a pedestrian walkway in Bradford, West Yorks.

The white Mercedes has been removed and the owner are in for a surprise when they return.

West Yorkshire Police’s Roads Policing Unit shared the image and said: “Bradford: You may mistake this vehicle as being abandoned, however..this was ‘parked’ and was left whilst the owner went and visited family some miles away.

“Vehicle has now been removed and the owner will have to come and speak with us before it’s returned.”