The merlin engine he chose was the same base engine as those used in the spitfire, but without a supercharger

by Jess Young
in Automotive, News 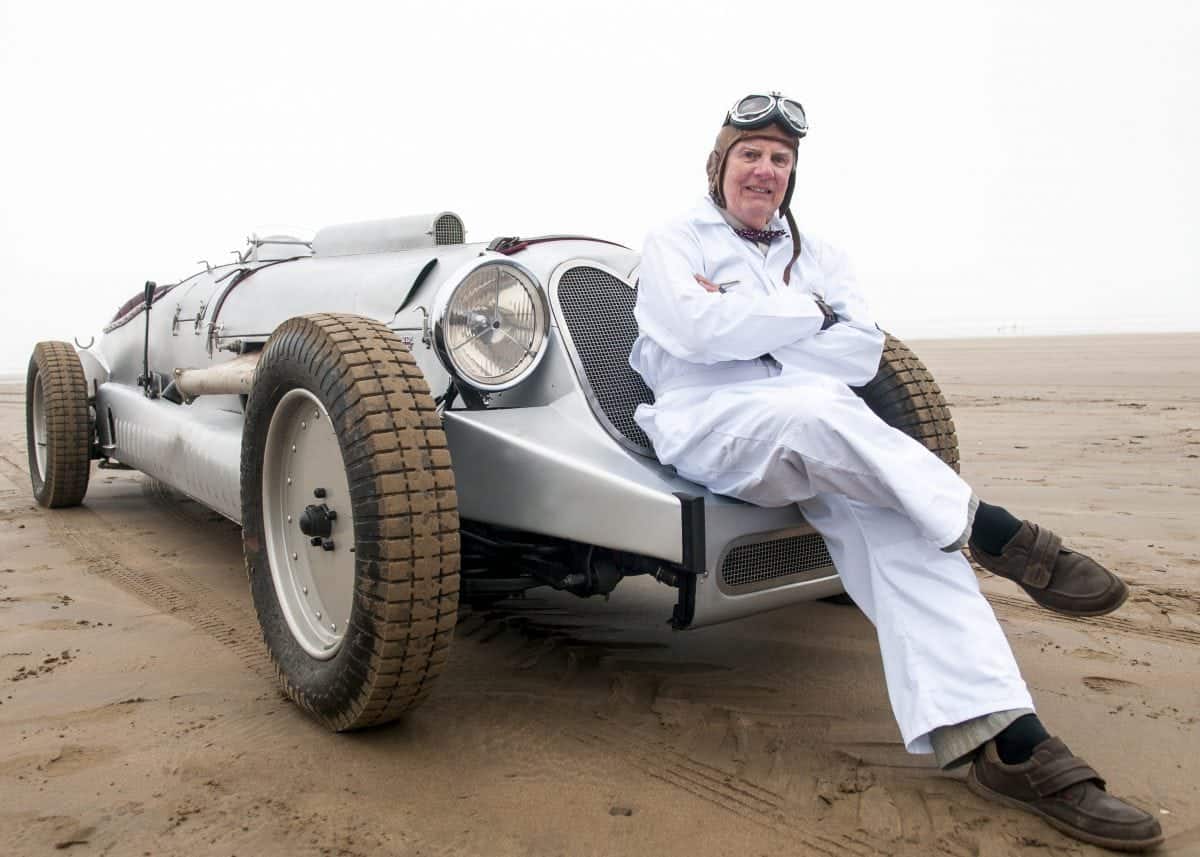 This video shows the moment a pensioner took his homemade super-car for a spin on the beach – powered by a SPITFIRE engine.

The majority of the car, named Caractacus after the eccentric inventor in Chitty Chitty Bang Bang, was built by hand over ten years by John Crowhurst, 74.

Under the engine bay sits a 27litre V12 48V Merlin engine, built by Rover in 1952 – the same engine that powered the Spitfire.

The aero car, lined with luxurious wine red Wilton carpets, produces 631bhp, and has now had its first test run on a beach in Saunton, Devon.

John, a retired probate lawyer originally from South Africa, first heard a Merlin engine in a car back in 2006, when he was visiting some friends in Sussex. 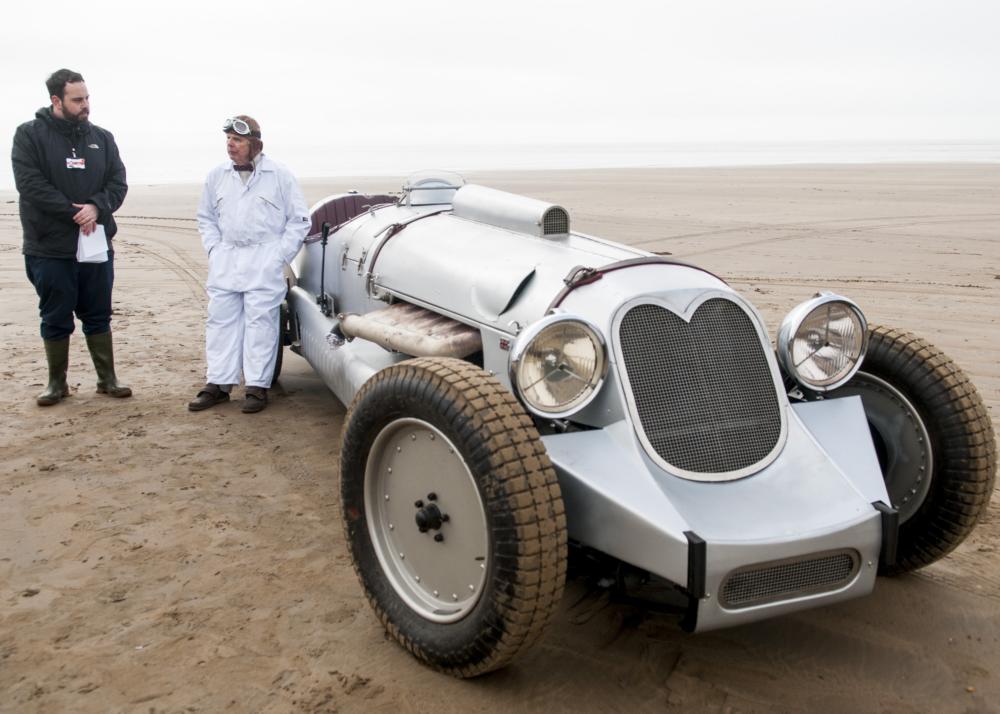 He was instantly mesmerised by the sound and having already built one concept car, a specialist Jaguar, he took on the new project.

John, a father of three who now lives in Atherington, Devon, said: “I had heard an engine running in the Handlye Special, built by Robert Beech.

“At that stage his car was un-silenced and it sounded just like a Spitfire.

“I knew I had to have one, the fear factor had been broken because I had built the Jaguar.”

When he returned home to Cape Town, John began hunting for the right engine and not long after one came up for sale.

“It took me a year to get the engine,” John continued. “I got it from Johannesburg, it’s from a 1952 Centurion tank.

“It is the un-supercharged version of the Merlin engine that was put into the Spitfire.

“It was in a rather poor condition, it had two broken cylinder head studs and also several piston rings were seized, otherwise it was found to be unused.

“I took it up to a company in Leeds that specialises in these engines, they took it apart and put in new rings and cylinder head studs. 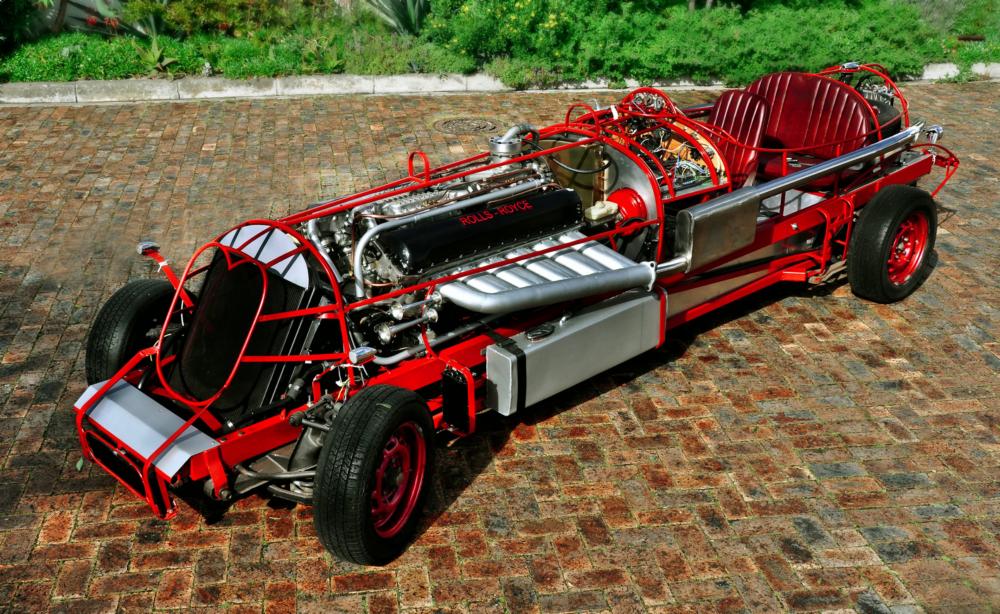 “They found it had hardly been used, probably no more than 100 miles.”

With the engine ready to go, John was now faced with the challenge of finding a suitable body to put it in.

John said: “I built it in Cape Town, South Africa, and I couldn’t get a Rolls Royce or a Bentley chassis.

“These are the types of body that are usually used by the mad men who build these cars.

“So I designed a body myself – a double ladder frame chassis, cross braced. You can’t find parts, you have to make parts.

“The build was relatively easy, the body is aluminium, that was the easy part.”

After a ten year build and countless hours spent scanning Swiss manuals and setting up carburettors, John was finally ready to give the car a test drive.

He said: “It drives beautifully.

“It uses one litre of fuel per minute, one litre per mile at 60mph. That’s about four or five miles per gallon.

“I wish I could use it as my daily commute, it is my dream to drive it to the pub but I can’t get it licensed for the road.

“The test went very well indeed, better than I hoped.

“The geared top speed is 204mph, but the tyres are rated for 135mph. I wouldn’t want to travel faster than that anyway in an open cockpit car. 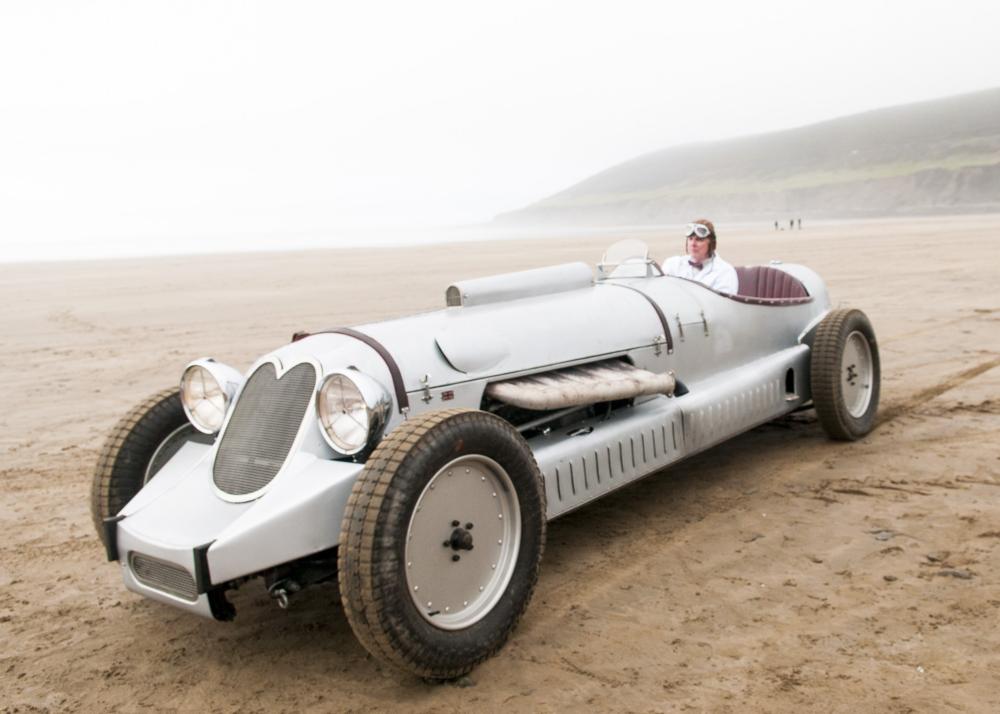 But for John the build has been a labour of love, consisting of time and money well spent.

He added: “I talk to the car regularly, I say, ‘good morning beasty’, I tell it when it is a good boy.

“The roar when I put my foot down, the videos don’t really indicate the roar properly, it is impressive.

“I have a very nice silencer system but I took it off yesterday for the run because people complain that they can’t hear it.

“But even then it’s not as loud as you imagine.”