Retired Chris Stevenson, 68, spoke out for the first time about one of Britain's most infamous child murders after the murderer was recorded "apologising" for his crimes 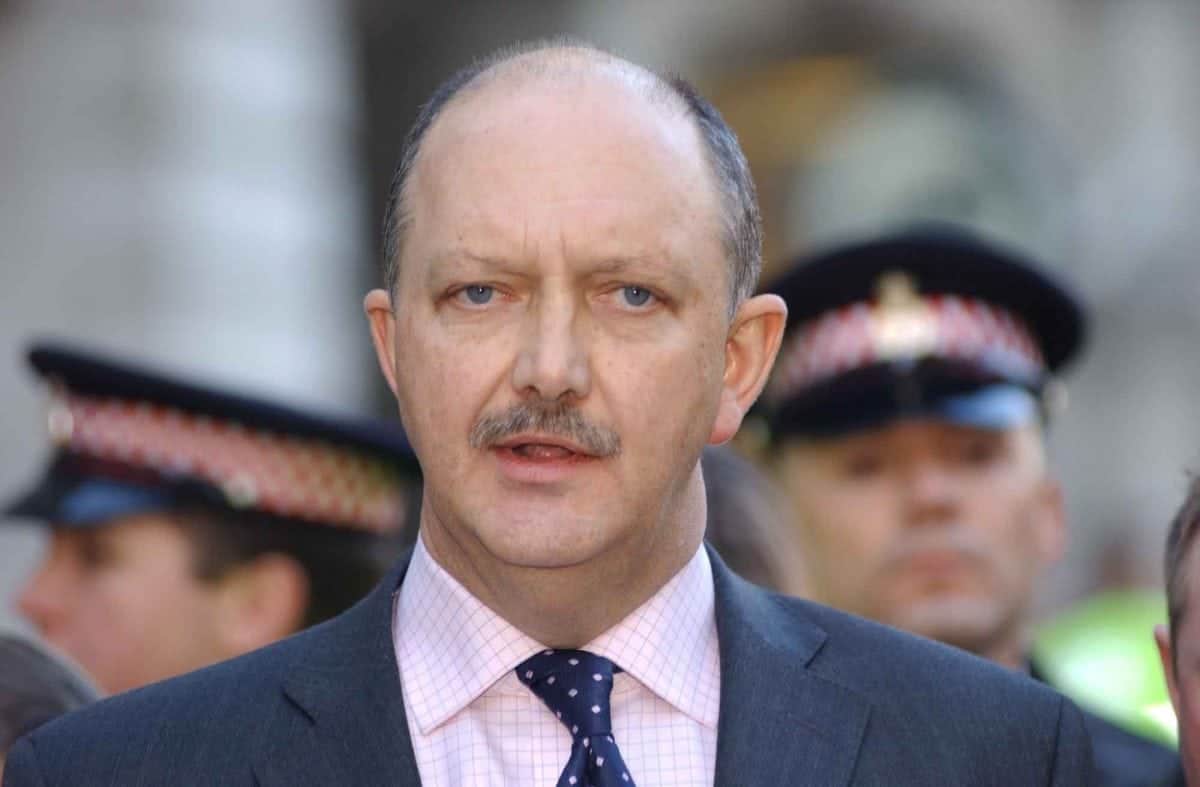 The former detective who brought Soham murderer Ian Huntley to justice has branded him a “manipulative, cunning and deceitful” paedophile who should “die in jail.”

Retired Chris Stevenson, 68, spoke out for the first time about one of Britain’s most infamous child murders after the murderer was recorded “apologising” for his crimes.

He was later awarded the Queen’s Police Medal.

Mr Stevenson said he wanted “set the record straight” after a recording of Huntley claiming he wanted to admit the killings of the schoolgirls and complaining about prison food were leaked to a newspaper.

Father-of-three Mr Stevenson said “my heart bleeds for him” and said that he was convinced Huntley killed the schoolgirls after luring them into his home to sexually abuse them.

Mr Stevenson said: “From his record of quote-unquote offending, because he was never convicted, it was clear that he was a paedophile and the personal circumstances that he found himself in on that Sunday night drove him to enticing the girls into the house with a view to his sexual gratification.

“He has stated in his interview he has no wish to be released and wishes to spend the rest of time in prison – I take that with a pinch of salt; knowing how manipulative, cunning and deceitful he has been in the past, then I don’t believe a word he utters.

“I believe Huntley should have the rest of his life in prison, even if it is at the taxpayer’s expense, to reflect on what he has done and to pay the price by not having any freedom.”

Huntley, now 44, has never revealed his motive for the killings and has repeated claims he made in the trial that he deliberately killed Jessica to stop her telling others that Holly had died in the bath accidentally.

Mr Stevenson, who has hung his Queen’s Police Medal in his home’s hallway, said: “It annoys me that he tells the part truth and tried to play the sympathy card after the trial.

“I hoped that Huntley would find the decency to tell the truth about what happened so the parents know the full facts and this is just an attempt at playing with the truth.”

Huntley became the prime suspect for the murders of ten-year-old Jessica Chapman and Holly Wells after Mr Stevenson took over the inquiry in August 2002.

The former school caretaker gave media interviews saying their disappearance was a “mystery” and that he might have been the last person to speak to them while the girls’ parents appealed for them to come home.

He was arrested in the early hours of August 17 after Mr Stevenson ordered another search of the school and found the girl’s Man Utd shirts at his home.

Their naked and severely decomposed bodies were found in a ditch near RAF Lakenheath, Suffolk, by a local farm worker that afternoon.

Huntley denied murder and tried to plead insanity but was convicted of their murders after jurors heard he lured the girls into his home shortly after having an argument with his girlfriend Maxine Carr for cheating on him.

Though he initially claimed the pair had left his house alive, he eventually confessed to dumping their bodies in the ditch, cutting off their clothes and torching their corpses in a bid to cover his tracks.

The killer’s arrests for rape and sex with underage girls were revealed after he was sentenced to a minimum 40 years in jail for the murders following his trial.