by Jess Young
in News 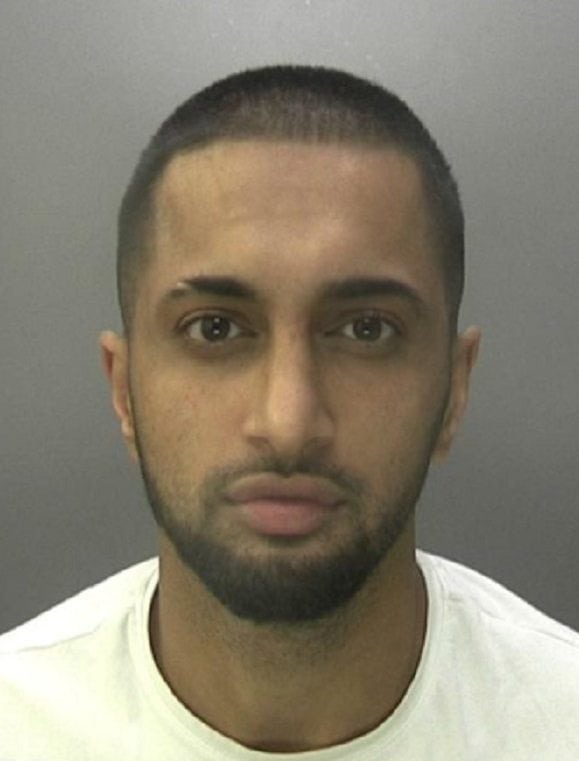 A 92-year-old woman who was conned out of £60,000 got her own back when she tricked a crook into going to her home – only for the police to arrest him.

The elderly victim was stung in a so called ‘Courier Fraud’ after a conman called her home posing as a police detective claiming her bank account had been hacked.

He persuaded her to withdraw £8,300 in cash “for examination” and hand it to Zohaib Khalid – a student paid to play the role of police courier – when he visited on the morning of July 19 last year.

Later that day the fraudster called the woman’s landline and talked her into buying two Rolex watches from a jewellers, worth £53,000, and pass them to Khalid, 20.

After he left, the woman realised she had been duped and when the conman called her the next day asking for £13,700 for an undercover operation, she called police.

She arranged for Khalid to again call at her home in Solihull, West Mids., but when he arrived police were lying in wait and arrested him.

Examination of his phone led officers to identify Mohammed Irfan Butt as the likely orchestrator of the scam and he was arrested from his home in Kingsbury, London, on August 16.

Call traffic on the 24-year-old’s phone was analysed and enabled detectives to trace more people who had received fraud phishing calls from him.

Khalid and Butt were jailed last Monday (14/1) after they admitted conspiring to commit fraud at Birmingham Crown Court.

Investigating officer, Detective Constable Richard Taberner, said: “These types of offences are truly despicable: offenders target elderly victims and exploit their vulnerabilities to trick them into handing over money.

“Khalid was paid £500 by Butt for each trip and agreed a collection password with the victim in a bid to give the scam more authenticity.

“He claimed to be merely acting as a courier and had no knowledge of the scam – but we found web searches on his phone relating to sentencing guidelines for fraud so it’s clear he suspected he was committing an offence.

“Almost £1,000 in cash was recovered and handed back to the victim and – if she is unable to be compensated through her bank – we’ll be pushing for a Proceeds of Crime Act (POCA) case against the offenders to recover money on her behalf.

“She did brilliantly in alerting us once she realised she’d been tricked – and then played her part in luring Khalid back to her home and allowing us to catch him in the act.”