The plate, ‘IG 1’, was purchased by retired businessman Ian Guest at a DVLA Auction today (Thurs) 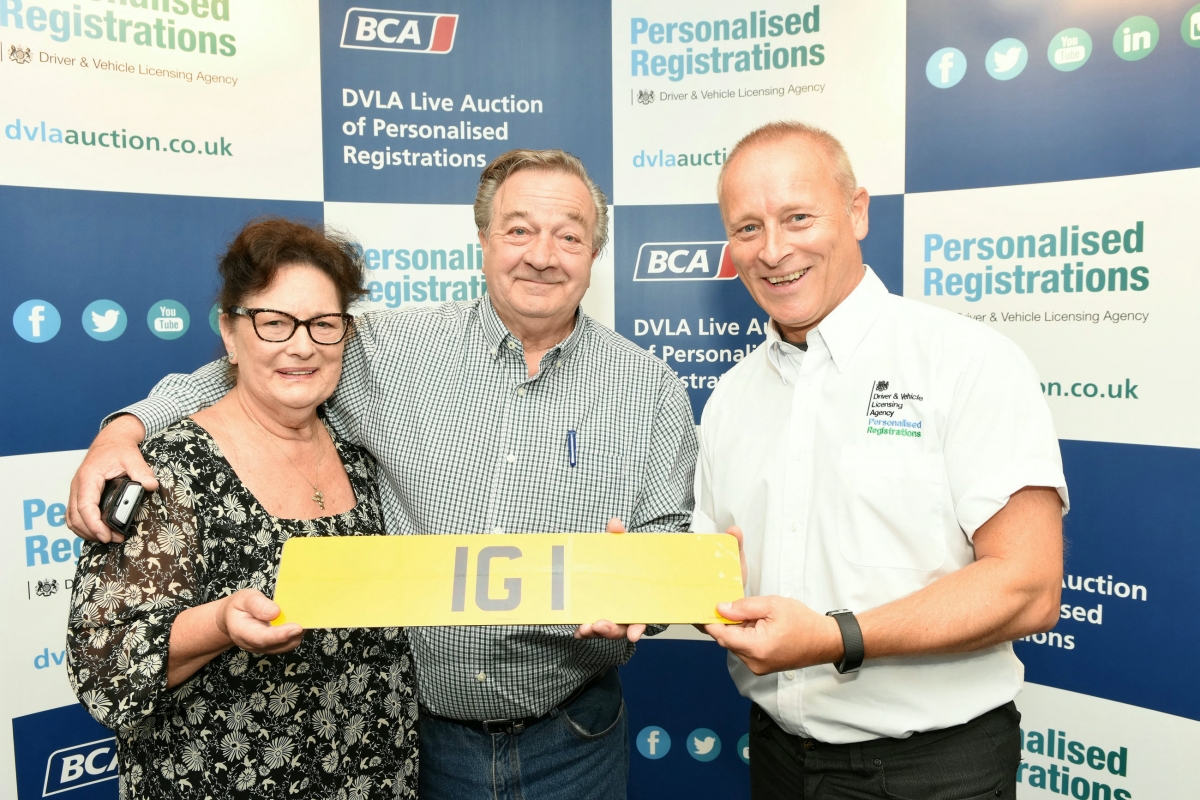 The plate, ‘IG 1’, was purchased by retired businessman Ian Guest at a DVLA auction today.

It is the third highest price paid for a personalised registration in the DVLA’s 30-year history – and one of the most expensive in the UK.

Ian, who was accompanied by his wife Pamela at the auction, described the feeling of entering a winning bid as “incredible”.

The DVLA Personalised Registrations’ 30th Anniversary auction was held at The Vale Resort near Cardiff.

Ian was determined to purchase ‘IG 1’ for his prized Bentley Continental GT Speed – because it is the “ultimate registration” for his initials.

But it is the last available licence plate which uses just two letters and a single number.

‘25 O’ was bought by Ferrari dealer John Collins in 2014 – and is thought to take place on a Ferrari 250SWB once owned by Eric Clapton, worth around £10million.

The latter was bought a year before pop group One Direction formed – by Lebanese businessman Nabil Bishara.

“Mr Guest and his wife are a lovely couple and we just hope they enjoy it.”