Katie McDermott, 36, went through 18 weeks of chemotherapy and had a double mastectomy after finding a lump in her breast in November 2017 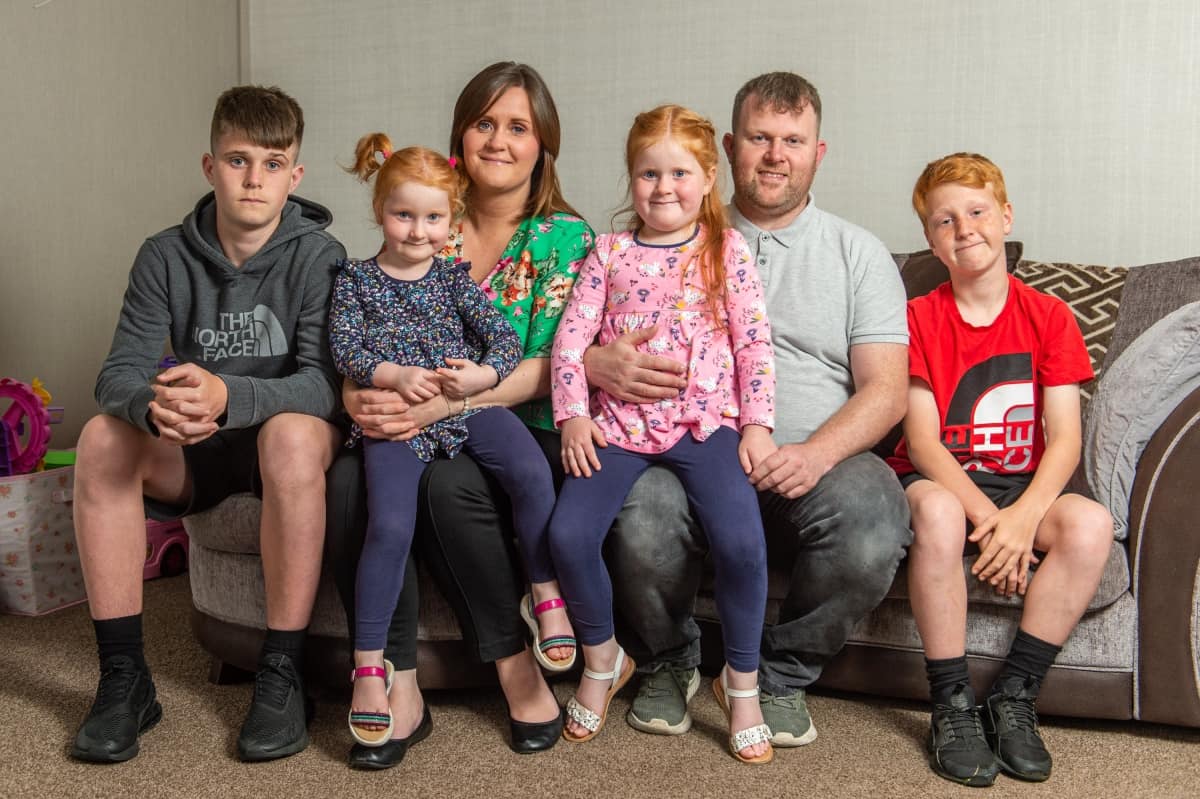 A mum who took her kids on a term-time holiday to celebrate her cancer recovery has been fined £788 because her reasons were not considered ‘exceptional circumstances’.

Katie McDermott, 36, went through 18 weeks of chemotherapy and had a double mastectomy after finding a lump in her breast in November 2017.

Doctors declared the mum-of-four clear of cancer last year and, in October, she applied to Central Lancaster High School – which two of her children attend – for six days’ leave in December.

The NHS worker and her husband Darren, 40, only got a response from the school seven weeks later – just two days before they were due to go away.

To their shock, the letter rejected the application but, with only 48 hours’ notice, the family had no time to rearrange the holiday and travelled to Tenerife despite the school’s ruling.

On their return they received a letter from the local authority, which passed the case on to Lancaster Magistrates’ Court, and a fine was issued.

After appealing the decision, last month Katie and Darren, from Lancaster, Lancs., were fined a total of £788 for taking their children out of school without permission.

The couple say their secondary school aged children, Joseph, 14, and Oliver, 12, have never applied for leave from their school before.

They added their five-year-old daughter Ava was given permission for holiday leave from her primary school without a problem and their youngest Ella, four, is still at nursery.

Katie said: “The kids have been so good throughout everything, it was really difficult but they kept going.

“They have always gone into school and done their work without any problems at all.

“The school have said they were model students and that we should be proud of them.

“I really feel like they deserved this trip after everything they have been through.

“The way we have been treated is really upsetting.”

Darren, who works as a plumber, said the holiday was a surprise treat for the children to give them a chance to spend time with their mum after so much upheaval.

He said: “We have never taken the kids out of school before, it was just to take them away with Katie after all she had been through.

“We put a holiday request form in the day before the October half-term break.

“We expected a decision the week back at school which would have given us plenty of time to change the holiday, which we would have done.

“But we didn’t get a reply from the school and it got to the week before the holiday and I said to Katie that we should ring the school, and when she rang it was as though they didn’t know what she was talking about.

“A letter was then sent home that Thursday, when we flew on the Saturday.

“It said we had not been given permission to take the boys out of school, but at that point it was too late, we didn’t have the chance to change it.

“We are in a financial struggle after Katie’s treatment but it’s not the fine I am bothered about, it’s about how we have been portrayed as not really caring, which is totally untrue.

“There just seems to be no consistency, we know of lots of people who have been authorised for holidays.”

The holiday was paid for by friends and family who hosted a fundraising event and donated the money towards a trip abroad.

The term-time dates were chosen by the family due to price constraints.

Darren said he spoke to the local authority, which confirmed it should have taken a few days for the school to respond to a holiday request.

Darren said: “Had the rejection letter come within a few weeks of the application, the family would have been happy to rearrange the holiday.”

The letter, written by the school’s attendance officer and sent home with Joseph, actually arrived seven weeks later on November 29.

It said: “Parents may request a leave of absence in term time but this can only be authorised in exceptional circumstances.

“I have discussed your request with the headteacher who does not feel this request is exceptional.

“While sympathetic to your circumstances we are unable to set a precedent by authorising leave during term- time.”

Nicola Hall, head teacher at Central Lancaster High School, said: “As a school we empathise with the wide range of sensitive issues which require compassion and consideration in all of our families.

“In accordance with regulations imposed by the government, the school has adopted a policy not to authorise term-time family holidays.

“We recognise the importance of children being consistently in school to access their whole curriculum offer.

“We hope all parents understand the limitations placed on schools in granting leave.”

Katie and Darren have been invited into school to speak to Mrs Hall.

They are crowdfunding to raise money to pay for the fine. Donate here: https://uk.gofundme.com/f/go-fund-page-for-darren-and-katie-mcdermott