Gary Cannop, 55, was stunned when he was slapped wiith a £60 penalty after being accused of begging 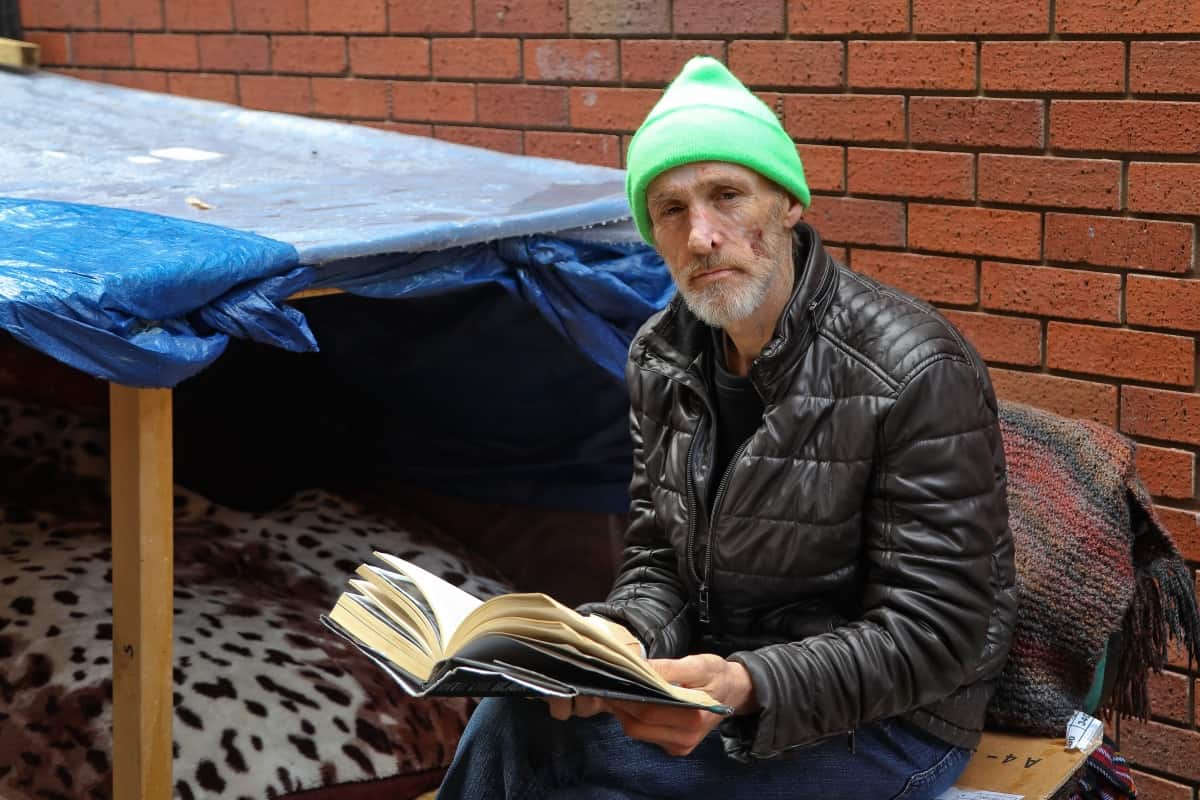 Council chiefs who fined a homeless man for READING a book on the street have offered him a job following a social media backlash.

Gary Cannop, 55, was handed a £60 fixed penalty after a female council officer wrongly accused him of begging.

Scottish-born Gary, who has been living rough for 16 months after losing his civil engineering job, told friends who then launched a social media campaign.

Following the backlash, Coventry City Council have scrapped the fine and even offered Gary a four-week work trial as a street cleaner.

Gary, who has a 1st class Civil Engineering degree, said: “I’m so humbled by the support
I’ve received from people.

“Since I have found myself on the streets, the people of Coventry have bene good to me and all I’ve ever wanted is to repay them.

“If I can clean their city then that would be wonderful and I’m delighted to have the chance of getting myself back on my feet.”

Gary, who doesn’t drink or take drugs, lost his home and his job two years ago following an operation to remove a blood clot.

He said: “I’ve been a labourer all my life before going to university as a mature student and studying for a degree in Civil Engineering.

“Two years ago I had an operation on my leg to remove a massive blood clot and then was on my back for two months so I couldn’t work and lost my job as a drainage worker.

“I spent £2,000 in savings over that two-month period of food, bills and rent.

“When that ran out I couldn’t pay the rent and got evicted from my flat in Birmingham where I lived alone.

“I’ve been on the streets for 16 months. I was born in Glasgow and I don’t have any family so I’m literally on my own.”

Gary sleeps in a makeshift shelter constructed out of wood and tarpaulin in an alleyway off Smithford Way, in Coventry.

He sweeps the alley twice a day and says he never begs or asks for handouts.

But his plight went viral when a council officer slapped him with a fine on July 9 and a Public Space Protection Order.

Gary said: “I was sitting on the ground reading a book. It was Tribe by Sebastian Junger.

“Obviously he thought I was begging but I was just reading.

“I’ve never begged and never will.

“She turned around and said, ‘I’ve giving you a £60 fixed penalty for begging.’

“She then said, ‘You’re sitting in the begging position.’

“I was actually sitting reading a book.”

The council defended the officers, saying she was “doing her job” but have agreed to cancel the fine.

They have also offered Gary a four-week work trial as a street cleaner with a view of taking him on full-time and offering him a permanent home.