Fire officials say the motorist climbed out of the driver’s side door. 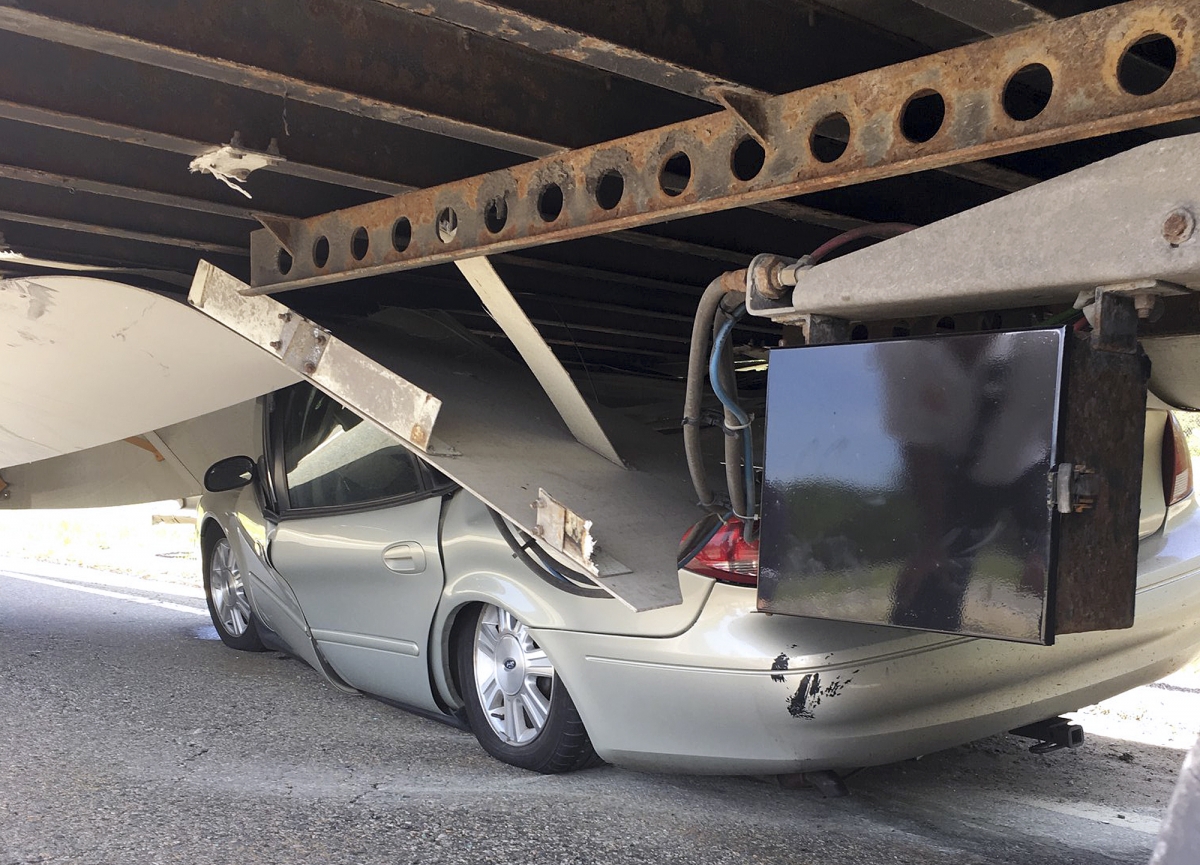 In this photo released Tuesday, July 16, 2019 by the Uxbridge Fire Department on its Facebook page, a car sits wedged under a tractor-trailer on Route 146 in Uxbridge, Mass. The motorist, whose name wasn't made public, climbed out of the driver's side door of the crushed car and wasn't seriously hurt. (Uxbridge Fire Department via AP)

Fire officials say they are amazed that a driver was not seriously hurt when his vehicle slid under a lorry in Massachusetts.

Authorities say the car was on Route 146 in Uxbridge on Tuesday when it hit something in the road and went airborne.

The brakes did not work, and the car crossed a grassy area onto a highway ramp where it became wedged under the truck.

The car was then dragged “a good distance”, with the roof crushed.

Fire officials say the motorist climbed out of the driver’s side door.

The 61-year-old driver was Ricki Artruc, of Southbridge. He told reporters he is “just glad to be alive”.

The Uxbridge Fire Department posted on Facebook that Mr Artruc was taken to the hospital and is recovering from minor injuries.