The cyclist was left with a number of broken ribs and a partially collapsed lung. 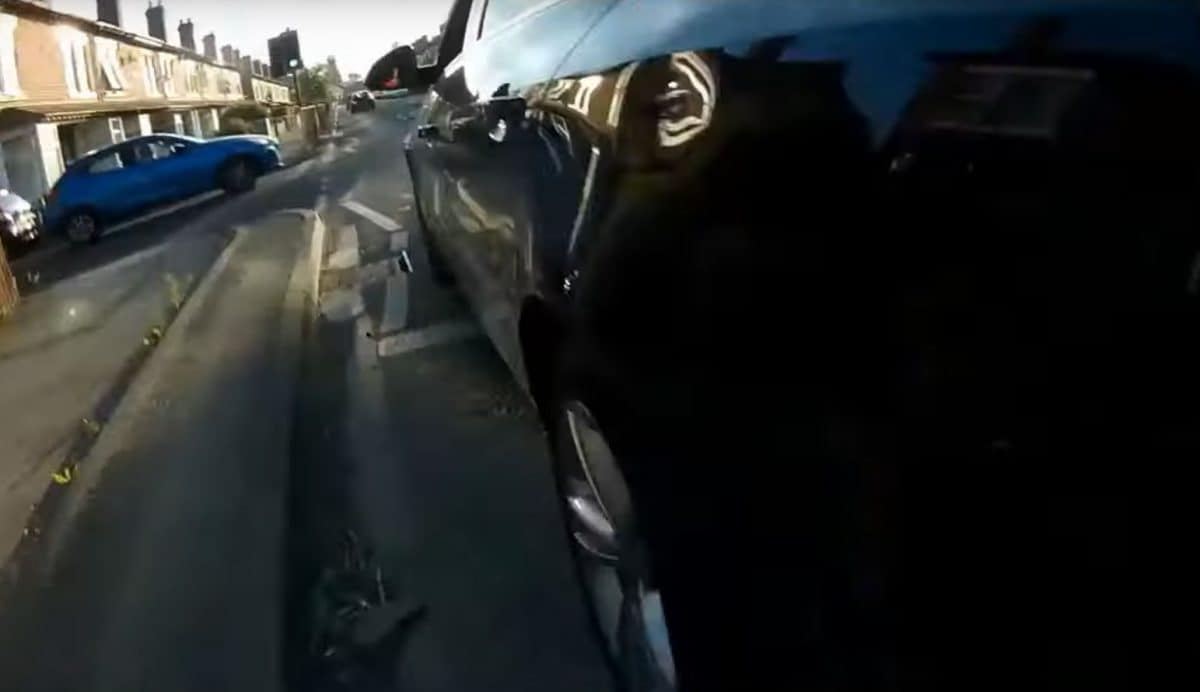 Undated screengrab of handlebar camera footage issued by North Yorkshire Police showing driver William Status Heslop deliberately knocking a cyclist, whose camera captured the footage, off their bike, leaving them with broken ribs and a partially collapsed lung. Heslop has been jailed for two years for dangerous driving. PRESS ASSOCIATION Photo. Issue date: Friday July 19, 2019. See PA story COURTS Cyclist. Photo credit should read: North Yorkshire Police/PA WireNOTE TO EDITORS: This handout photo may only be used in for editorial reporting purposes for the contemporaneous illustration of events, things or the people in the image or facts mentioned in the caption. Reuse of the picture may require further permission from the copyright holder.

A driver who deliberately drove into a cyclist, leaving him with broken ribs and a punctured lung, has been jailed for two years.

The incident in Selby, North Yorkshire, was captured on the rider’s handlebar-cam.

North Yorkshire Police said William Status Heslop, 33, was driving his Vauxhall Insignia along Ousegate in the town on June 26 last year when he turned into Barlby Road at the same time as the 55-year-old cyclist.

Officers said Heslop cut across the path of the cyclist, who shook his head at him due to the way he was driving.

Heslop then carried out a series of dangerous manoeuvres, braking sharply for no apparent reason.

A few seconds later, Heslop deliberately drove into the cyclist, knocking him off his bike and leaving him with a number of broken ribs and a partially collapsed lung.

The force said Heslop then drove off, leaving the cyclist injured in the road.

A spokesman said: “A nearby witness who came to the cyclist’s aid remarked on Heslop’s smirk as he drove off.”

Pc Richard Stagg said: “It’s not quite clear what Heslop hoped to achieve by his intimidating and ultimately dangerous behaviour towards the cyclist.

“But I hope this case sends a clear message to motorists who think they can get away with such aggressive behaviour towards other road users.

“We urge everyone to share the road and be courteous to each other, otherwise you could end up in prison with a criminal record that will have a long-term, knock-on effect on other aspects of your life.”

North Yorkshire Police said Heslop, of Laurel Close, Thorpe Willoughby, was jailed for two years at York Crown Court on Friday, banned from driving for three years and ordered to take an extended driving test when his ban is over.

He admitted causing serious injury by dangerous driving at an earlier hearing.