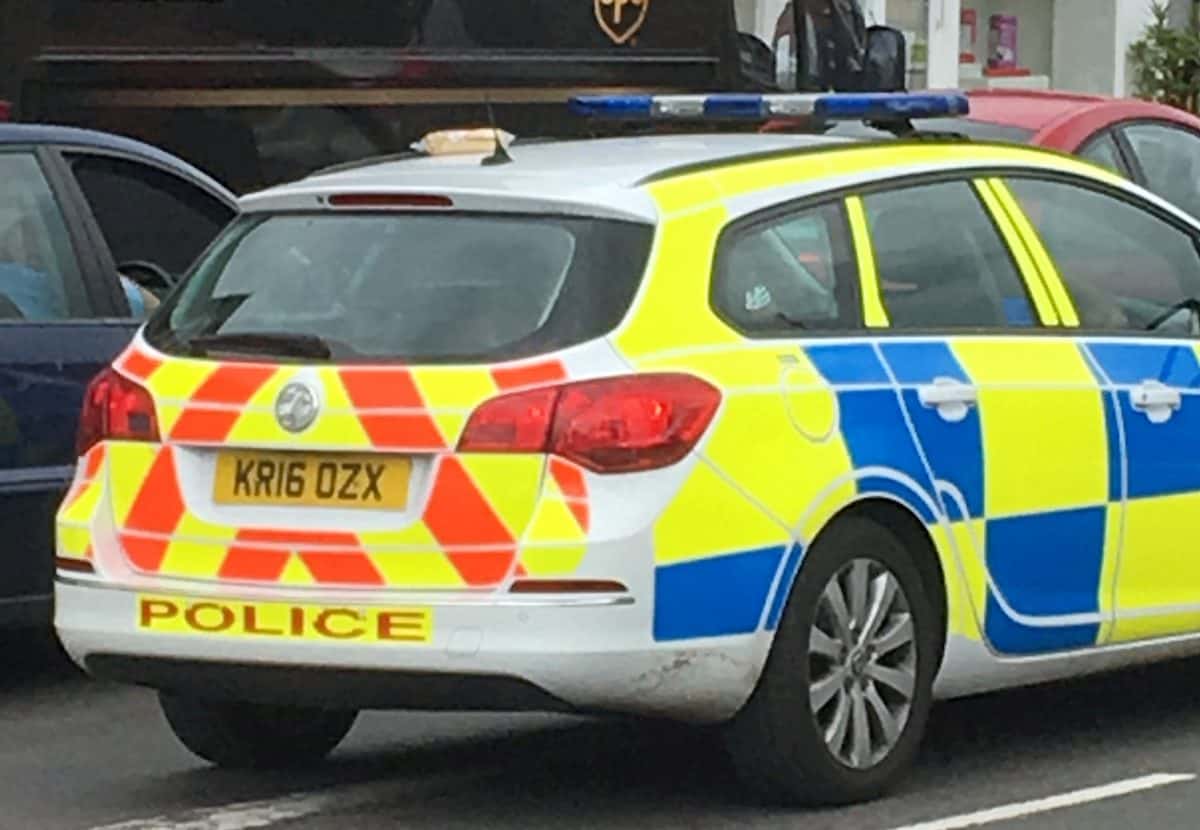 This  is the comical moment a dozy police officer was spotted driving along the road with his lunch still sitting on the roof of his patrol car.

The officer was caught on camera after he pulled out of his police station unaware he had forgotten his tuna and cucumber sandwich at 2pm last Thursday (5/9).

Andy Lawrence snapped the pic as the cop pulled up at traffic lights just 200 metres from Warwickshire Police’s station in the centre of Stratford-upon-Avon, Warks.

The 41-year-old said he ran over to the car and kindly gave the sandwich to the red-faced officer who was left “embarrassed” by his error.

Andy, from Chichester, West Sussex, a TV action co-ordinator, said: “I was working when a police car came along and stopped at traffic lights and I could see this sandwich sitting on top.

“I got the photo, then took it off the car and told him. He said ‘thank you’ but he was really embarrassed and went red.

“He presumably left the sandwich on the roof when he was getting in the car at the station. He was just crawling along at around 10 or 15mph.

“I left a bottle of water on top of my car for five miles recently, so I can sympathise with him. But it’s funny when it happens to a policeman.

“It was a tuna and cucumber sandwich, from a shop or a canteen. The officer was in his mid thirties and was by himself in the car.

“A few people were pointing and laughing so I thought I’d spare his blushes.”