Richard Keedwell, 71, spent years battling the ticket after claiming he was wrongly clocked doing 35mph in a 30mph zone in Worcester in 2016 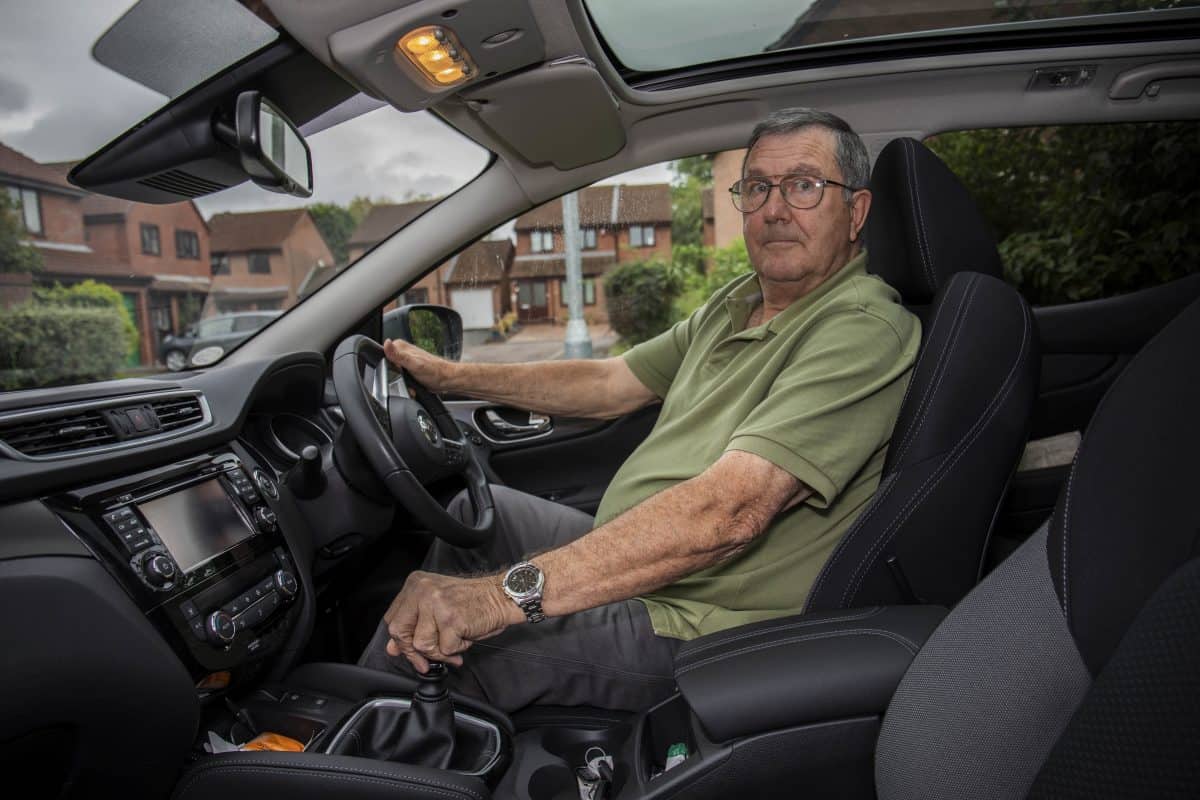 A determined man has spent nearly £30,000 fighting and losing a £100 speeding fine battle and ‘blown’ his sons’ inheritance in a quest for justice.

Richard Keedwell, 71, has fought the ticket for three years claiming he was wrongly clocked doing 35mph in a 30mph zone in 2016.

Retired engineer Richard has appeared before magistrates four times and even took his fight to the crown court on appeal.

But a judge ruled in favour of the Crown Prosecution Service in August, leaving Mr Keedwell close to running out of options – and out of pocket.

Richard, from Yate, Glos., said: “It was time to stand up. Why should they [the authorities] be allowed to get away with it?

“People think ‘oh it must be right, it’s the goverment’. I’m sorry, that’s not quite right.

“Why shouldn’t you challenge? It’s the thin end of the wedge. Where does it end?”

Mr Keedwell was out on a day trip in Worcester when his Nissan Qashqai was snapped by a camera on New Road, near to the cricket ground.

He decided to fight the fine when he was issued with a Notice of Intended Prosecution, calling on his own experts to contest the ruling – even though he had a clean license.

Richard claimed there had been a “flawed reading” and told the court that the speed camera may have been triggered by a car in an adjacent lane or have been faulty.

He said: “I’m 71 – why would I want to tailgate the car in front like a boy racer. I was just going around the block to the car park.”

But Richard, who lives in a four-bed detached home, has now spent £28,000 on barrister’s fees and court and travel costs.

He admits he has had to dip into some of the money he set aside as inheritance for his three sons – who question why he was taking the trouble.

He said: “The eldest thinks I’m mad. He asked: ‘Why are you doing this, why are you bothering?’.

“I said it’s like anybody fighting something – sometimes you have to stand up and be counted. But I don’t get much sympathy.

“I didn’t think it would cost this much – a couple of thousand maybe. We’re going to have to tighten our belts. We’re certainly out of pocket – but we’re not going to starve.”

Richard is determined to continue the battle, as long as his legal team determine there is merit in pursuing it.

He claims he couldn’t hear the full detail of the ruling at Crown Court so has asked for a transcript of the hearing as his next step.

He will then sit down with his solicitor before deciding if he should take matters further, such as to a costly high court appeal.

But when asked what advice he would give someone in a similar position to him again, he said: “I would say, very bitterly, don’t bother.”