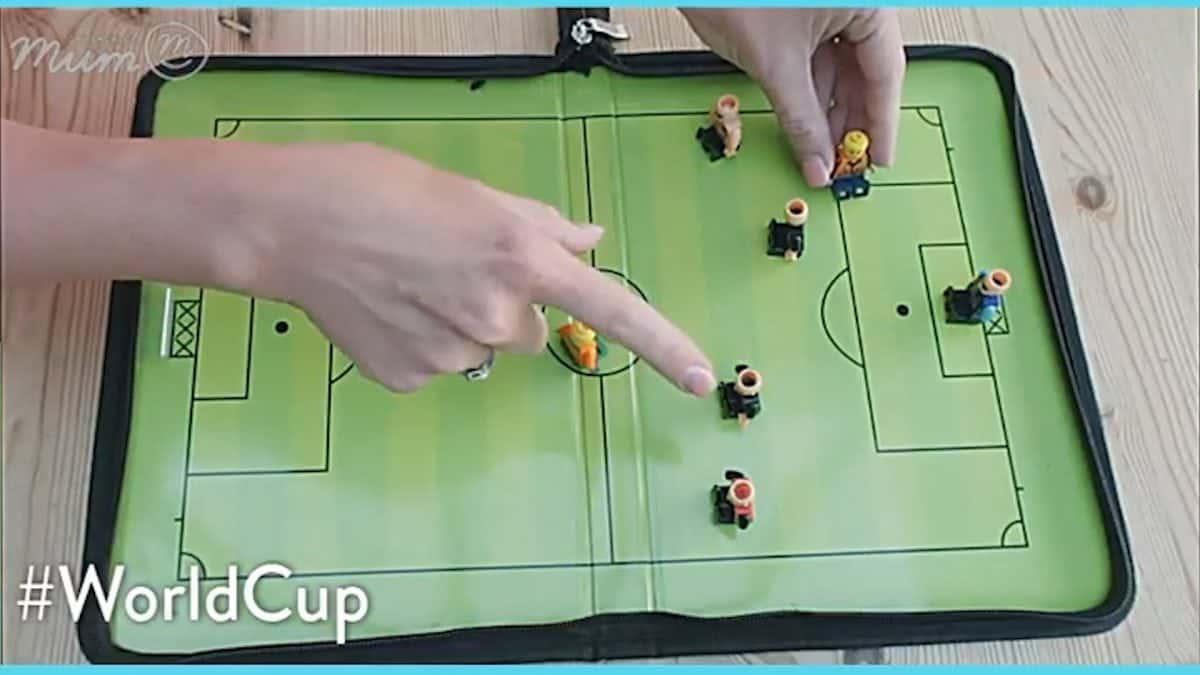 A League Two WAG has slammed former Manchester United star Patrice Evra’s reaction to a female World Cup pundit – and created her own video guide to the offside rule.

She says many of her female friends – and some male ones – have found her 30-second Lego-based explanation of the rule ‘helpful’.

Evra ‘slow-clapped’ England footballer Eni Aluko as she spoke ahead of Costa Rica’s match against Serbia on ITV at the weekend.

He then said: “This is just amazing, I think we should leave Henri, because she knows more about football than us. I’m really impressed you know.”

Evra was later accused of being a ‘sexist pig’ by football fans on social media.

Kerry said: “When it comes to football, certain men’s attitudes are still stuck back in 1966. Patrice Evra’s comments are patronising and totally wrong.

”Whether we’re watching or playing, female footie fans know their stuff as well as any man.”

Using Lego men, she creates scenarios which lay bare the minutiae of the much-maligned footy law.

She said: “Mocking girls claiming we don’t understand the offside rule is a tired old cliché trotted out by dinosaurs, so I decided to make this video to hit back

“I enjoy talking football whereas these sexist pundits are just talking a load of old balls.

“Women’s football is the most popular it’s ever been with the number of registered players up almost eight per cent last year and record attendances for matches.

“It’s time these pundits caught up with the reality of what’s going on at grassroots football and embrace the fact we can all play – and understand – the beautiful game.”

Mum-of-one Lauren Summers, from Sutton Coldfield, said the video has enhanced her knowledge of the game.

“WAGS are painted as stupid but Kerry’s video nails what no man has ever done and explained the offside rule quickly and simply,” she said.

“My partner has‎ teased me for years as I’ve struggled to understand it.

“Now just in time for the World Cup, I’ve finally got it.

“Men may worry it’s all over for their offside taunts, and after watching this video it is now.”