The megastar donated his possessions to the St Elizabeth Hospice shop in Framlingham, Suffolk where he grew up.

Ed Sheeran has donated a massive collection of personal possessions to a charity shop in his hometown – including Lego sculptures of his own face.

The multi-platinum selling artist gave the belongings to the St Elizabeth Hospice shop in Framlingham, Suffolk, where he grew up.

Among the items are several Lego pieces reportedly made by Sheeran himself while on tour – including two self-portraits.

Other donations include his first record player, a skateboard, clothes, shoes, some of his school music books and guitar stands from his bedroom. 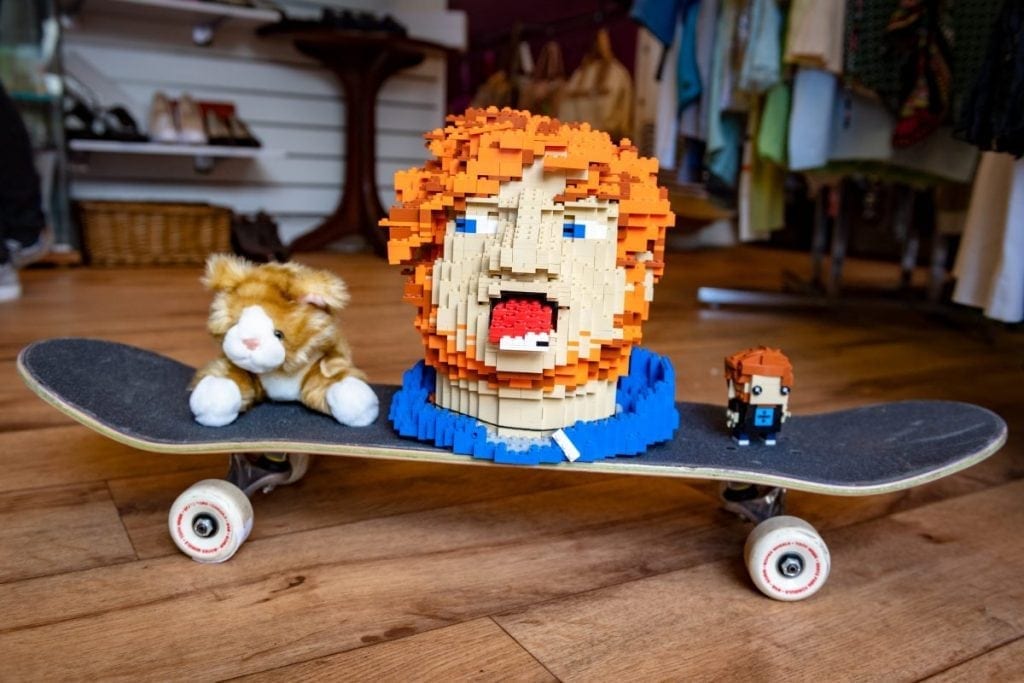 “It’s wonderful for the hospice. It’s just how we go about trying to raise the most money from it.”

She added: “People are coming from America and Australia.”

The Framlingham resident said she had already sold a hoodie and t-shirt, at £200 each. 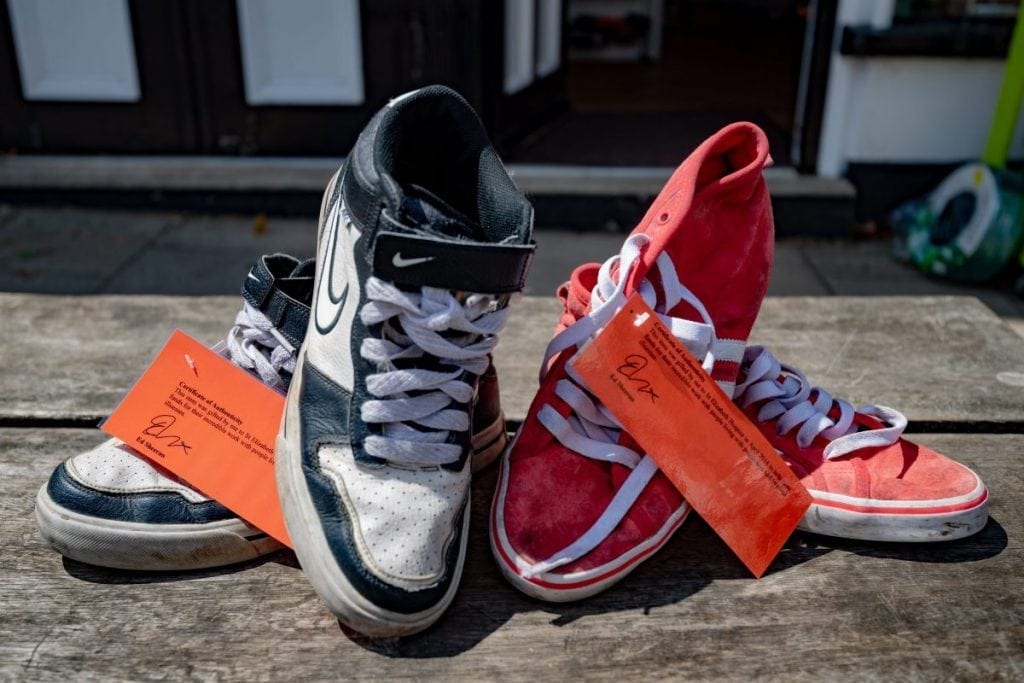 However, many of the items will be held back to either go on eBay or for auction.

Mrs Pollard said she had known the musician since he was a young boy in the St Michael’s Church choir in the town.

A huge Sheeran fan herself, she went to one of the star’s three sell-out Wembley gigs at the weekend.

Of the concert, she said: “It was amazing.” 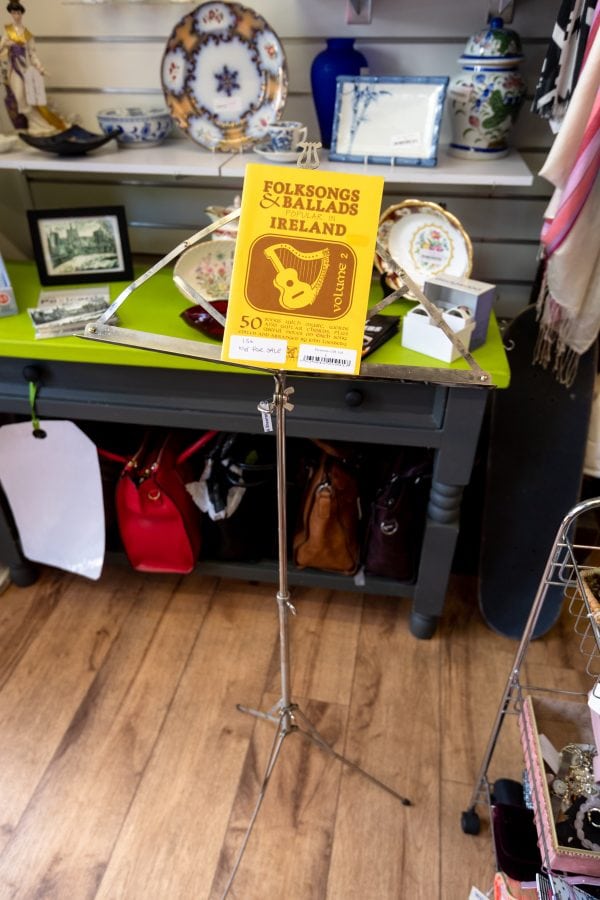 As a young child, Sheeran moved with his family to the sleepy market town, which has a population of around 3,400.

The picturesque location features heavily in his 2017 single ‘Castle on the Hill’ – a reference to the 12th-century Framlingham Castle. 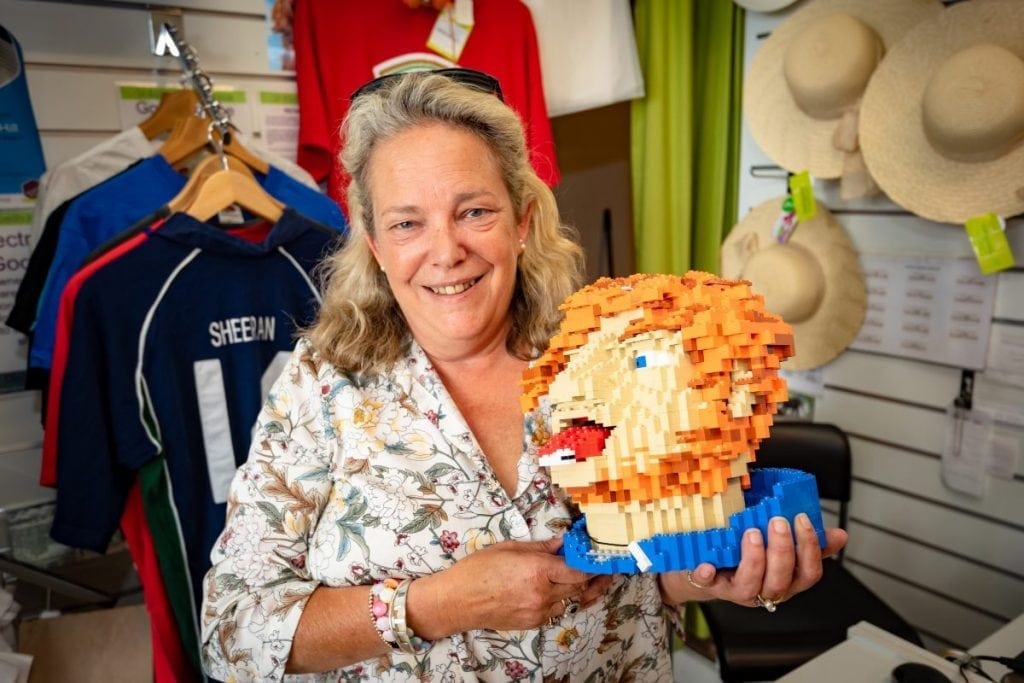 Fans queued outside to get their hands on one of the 300 items of ‘Sheerabilia’, which included a shirt he wore in the Bridget Jones’s Baby film and outfits worn at the Brit and Grammy awards.

According to Mrs Pollard, they raised about £35,000 after many of the items were sold online. 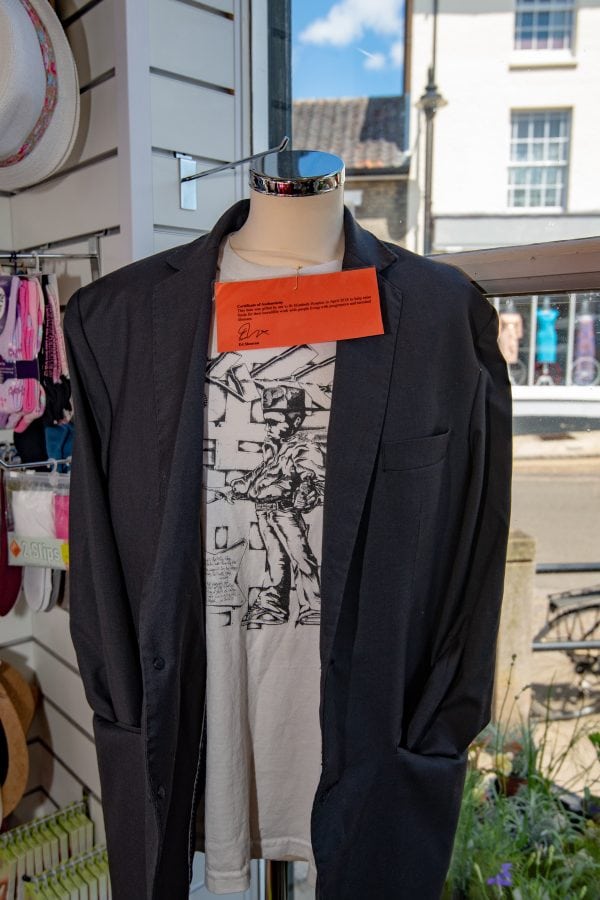 “We know there is going to be great interest in these latest pieces so we’re going to take a look at how we can use them to best serve our patients.”