Sir Stanley Matthews’ first professional contracts – which showed he earned £5-a-week – sold for a combined £7,200 at auction yesterday (Tues). Bidding for the football legend’s 1930s Stoke City contracts – including the one he signed aged 17 – was fever pitch. The 1932 contract showed ‘The wizard of the dribble’, earned £5-a-week – […] 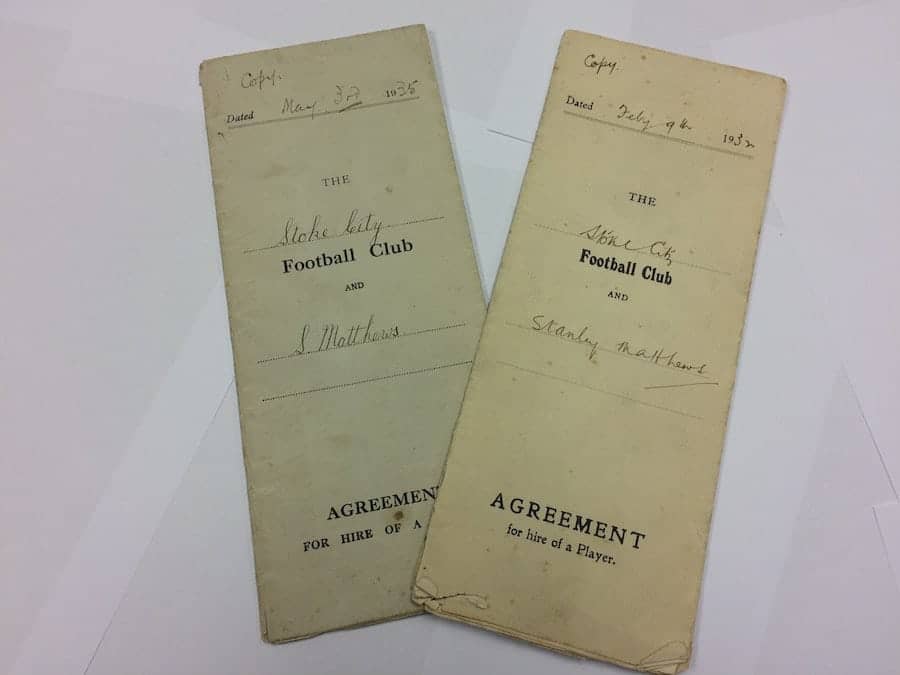 Bidding for the football legend’s 1930s Stoke City contracts – including the one he signed aged 17 – was fever pitch.

The 1932 contract showed ‘The wizard of the dribble’, earned £5-a-week – £495,000 less than Brazilian megastar Neymark following his world record move to PSG.

It sold for £4,100 to a private online buyer. A lifelong Stoke City fan from London snapped up the 1935 contract for £3,100 at Hansons Auctioneers.

The anonymous buyer said: “My father originated from Stoke and saw Stanley Matthews play. I have supported Stoke City all my life and it was just something I wanted to own.”

Brothers David, Andy and Graham Lockett, who live in Stoke and support the club, found the contracts following the death of their father Les eight years ago.

David, 53, said: “We knew the contracts existed but they were lost for a while. We found them when we were having a clear out.

“Dad took the contracts in lieu for a debt. That’s the way business was done back in the 60s. The contracts have been gathering dust in a drawer for nearly 50 years.”