Calls for the police to investigate were sounded in response, with one person describing the banner as "sad and ignorant". 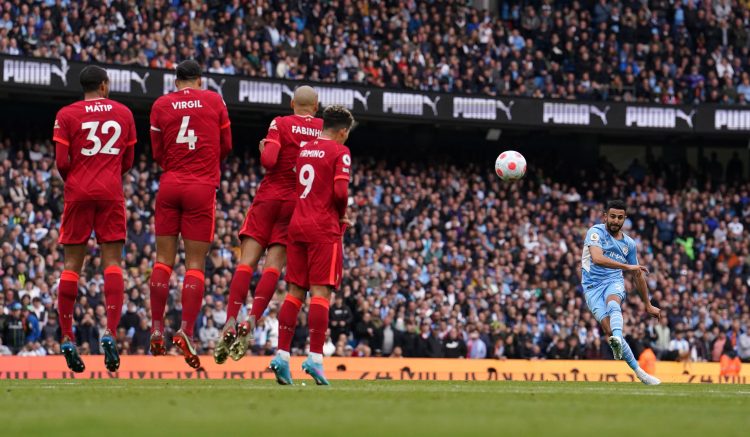 Calls for a police investigation were sounded after a racist banner flew over the Etihad Stadium during Manchester City’s top of the table clash with Liverpool in the Premier League.

The high-octane game was lauded by fans and pundits, with two goals coming within the first 13 minutes as Diogo Jota levelled things up after Kevin De Bruyne gave the Citizens an early lead.

Gabriel Jesus restored City’s lead before the half-time break with a smart finish, however, Liverpool started the second period on top and equalised in the 46th minute when Sadio Mane slotted past Ederson following Mohamed Salah’s inviting pass.

During the match, a banner was spotted by several people watching the game, with a number of supporters and football fans voicing their opinion on social media.

The banner read “British To Be Minority By 2066”, with a photo appearing on Twitter during the first-half of the clash between the Premier League’s top two sides.

Adil Ray OBE posted a video of the plane, alongside the caption: “A plane flew over the Etihad with a banner “BRITISH TO BE MINORITY BY 2066”. It’s actually quite scary that these incredibly stupid racists have the money to spend on this. If by British they mean people like them I can’t think of anything better.”

Calls for the police to investigate were sounded in response, with one person describing the banner as “sad and ignorant”.