Almost a third of 18-34-year-olds said they are now more likely to consider going private. 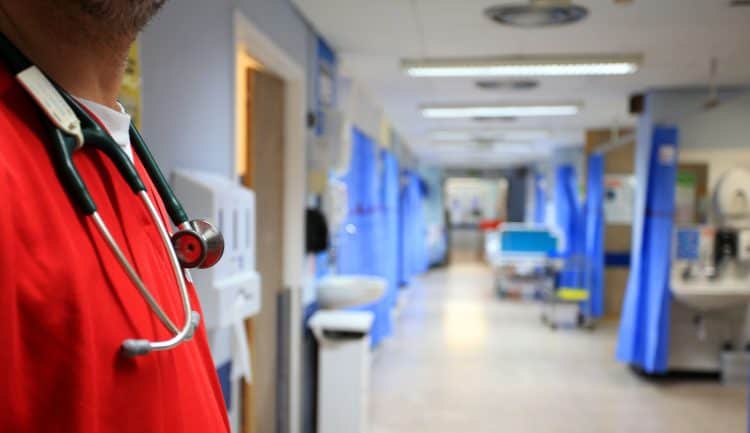 More young people are willing to use their own cash to pay for private healthcare than any other age group, according to surprising new research.

A survey by YouGov found that adults aged between 18 and 34 are most likely to say that the pandemic has made them more likely to consider paying for treatment.

Almost a third – a staggering 29 per cent – said they would consider funding care with their own money, compared with 23 per cent in the wider population.

Spire, the private hospitals group, has reportedly recorded a 35 per cent I increase in patients in that age bracket – particularly seeking general and orthopaedic treatment.

Justin Ash, chief executive of Spire Healthcare, told The Times that the pandemic had sparked “a fundamental shift in attitudes towards the choice of private healthcare” as waiting lists for both tests and treatment spiral.

The NHS waiting list stands at 6.1 million – almost 24,000 of whom have been waiting for more than two years. Sajid Javid, the health secretary, has admitted it is likely to continue growing for another two years.

Ash added: “These YouGov findings suggest a longer-term shift in attitudes towards private healthcare among young people, perhaps giving a glimpse into how Britons will approach their choices in health and wellbeing in the future.”

It comes as health leaders warned that very high rates of Covid-19 infections are having a “major impact” on the health service, which is facing pressures as they would in a “bad winter” well into spring.

The NHS Confederation called on the government to reconsider its Living with Covid plan as it said that ministers risk “abandoning” the NHS if they do not take action.

The membership body, which represents healthcare organisations, said government messaging to the public could “mislead the public and discourage them to take steps to reduce transmission, contributing to the very high rates of Covid-19”.

It called for “mitigating actions” to help the NHS which is grappling with 20,000 Covid patients, high rates of staff absences, full hospitals and severe demands on emergency care.

“The brutal reality for staff and patients is that this Easter in the NHS is as bad as any winter,” said Matthew Taylor, chief executive of the NHS Confederation.

“But instead of the understanding and support NHS staff received during 2020 and 2021, we have a government that seems to want to wash its hands of responsibility for what is occurring in plain sight in local services up and down the country.

“No 10 has seemingly abandoned any interest in Covid whatsoever. NHS leaders and their teams feel abandoned by the government and they deserve better.”

Related: Daniel Hannan ends up with egg on his face after crediting Brexit for Ukraine trade agreement