by Ben Gelblum
in Football, Must Reads, Sport 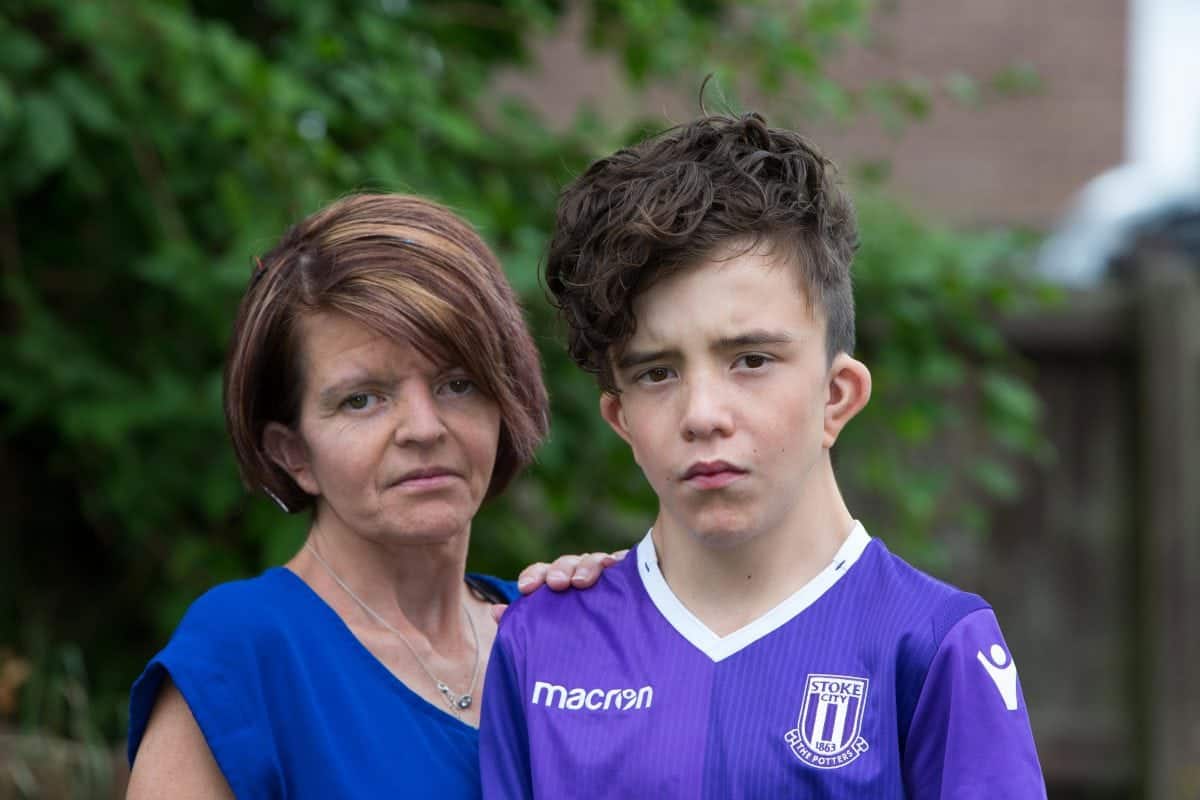 An angry mum has blasted police after her 12-year-old son was left in agony from being PEPPER SPRAYED by officers at a football match.

Alfie, who has learning difficulties, was going towards the toilets during half-time when he was hit by the spray as it was used on fellow supporters in the away end.

He was left in tears with severely stinging and bloodshot eyes and was physically sick after the terrifying incident during the Championship match.

Dad Robert, 37, had to take Alfie out of the stadium, and the pair sat on the coach and missed the second half of the match, which ended 2-2.

Lancashire Police said they were forced to take action to stop “aggressive fans” from forcing their way out of the stadium.

But the family said all the fans were doing was singing songs – and the police spread the pepper-spray indiscriminately hitting Alfie even though he was not involved in any disturbance.

Mum Claire Wise, 39, of Kidsgrove, Newcastle-under-Lyme, Staffs., said her son now no longer wants to go the away games to watch the Potters play.

She said: “I was watching the match at a friend’s house and didn’t know what was unfolding.

“But then I started to get these videos showing the pepper spray.

“I rang Alfie’s dad to see if they were OK, and he said ‘no, Alfie’s just been sprayed’.

“They were spraying everywhere, they weren’t just spraying at the ones who were causing a disturbance.

“It hit his eyes. He was being sick, his eyes were stinging and he was crying in pain. He was throwing up on the floor.

“His dad asked a police man if he could have some water for Alfie and they said ‘no, you have to get back’.

“One of the stewards got his own water to them. One of the other stewards let them out the doors.

“He was by the toilets. The bar was closed, I think that was why the confusion was happening.

“The fans were just singing songs like they always do. If they were doing something wrong the police should have detained them somewhere else.

“Alfie is still upset. He has supported Stoke City ever since he was little. He loves it.

“He is not a trouble maker. He has never experienced that before. 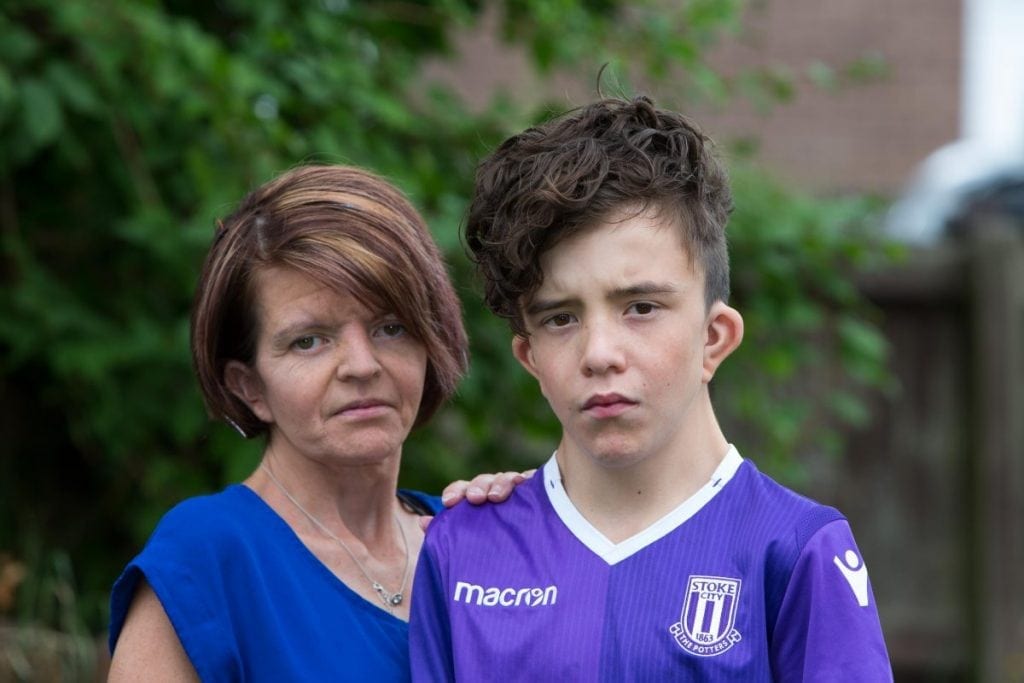 “I am very annoyed. I have complained to the police.”

Alfie, who attends Blackfriars School, in Newcastle-under-Lyme, said: “I was talking to my dad and I was going to the toilet and the police pepper-sprayed everywhere.

“It got in my eyes and in my mouth and I was sick a lot of times.

“It was really scary. I was upset. I will still go to see Stoke City but not away matches.”

A spokesperson for Lancashire Police said: “There was an incident of disorder inside the stadium involving a number of Stoke City supporters, who were attempting to forcibly exit the stadium.

“Officers were faced with many aggressive fans and used proportionate force to protect themselves and ensure the disorderly fans did not spill out into the surrounding area.

“As a result of this action, the situation was quickly brought under control and all fans returned to the stadium, where they watched the match without further disruption.”