By David Ballheimer Hendon Football Club, members of the top division of the Bostik (Isthmian) League for 55 seasons, are starting their second season at their home of Silver Jubilee Park in Kingsbury. The ground, postcode NW9 7NE for SatNav users, is off Townsend Lane, within a couple of miles of the M1, A5, A41 and A406. […] 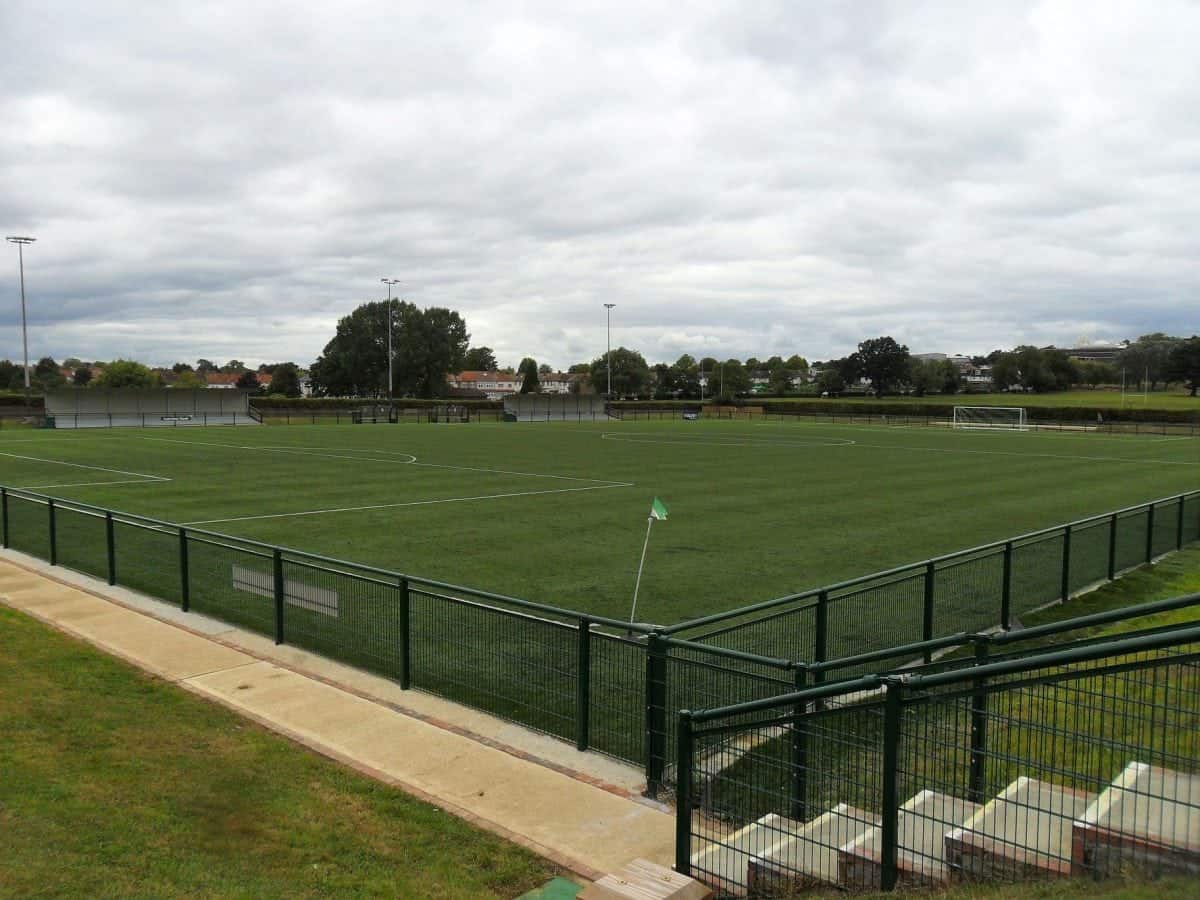 Hendon Football Club, members of the top division of the Bostik (Isthmian) League for 55 seasons, are starting their second season at their home of Silver Jubilee Park in Kingsbury. The ground, postcode NW9 7NE for SatNav users, is off Townsend Lane, within a couple of miles of the M1, A5, A41 and A406.

In 2008, Hendon moved out of their Claremont Road home of 82 years and spent eight nomadic years – mainly at neighbours Wembley FC and Harrow Borough FC – before moving into Silver Jubilee Park full-time in 2016.

A season earlier, 2014–15, the club enjoyed its best season for 40 years, finishing runners-up in the League, and winning both the League Cup and London Senior Cup. The highlight was a club-record 25 games undefeated, from the end of January to mid-May. Sadly a combination of factors – entirely beyond Hendon’s control – meant the playoffs were delayed by more than a week and finished after two key players had left on holiday. In the playoff final, the Greens had a player wrongly sent off and without the two other players, they missed out on promotion.

Hendon failed to build on the promise of that season, hampered by a crippling injury list and the absence of key players for large parts of the season. Nonetheless, there was real hope of new beginning in summer 2016 with the move to Silver Jubilee Park.

Instead, the injury list was even worse than the season before, three key veteran players were forced to retire and some of the younger players couldn’t cope with the pressure. Home advantage was certainly not noticeable as Hendon failed to win a home League game until January. At the end of February 2017, the Greens were in the bottom two in the Ryman League, and had just 10 matches remaining to save their proud record of never having been relegated in the club’s 109 seasons. Manager Gary McCann, who had been in charge for 12 years, then orchestrated a magnificent recovery, which saw seven wins and a draw from those 10 games, leaving the Greens in 18th place, three places above the relegation zone.

If Hendon repeat their end of season run for the full 46-game season their points total would almost certainly bring the League title to Silver Jubilee Park (101-odd points). More realistically, the club should certainly finish well clear of the relegation zone, and, with reasonable luck with injuries and other absences, the top 10 is well within the bounds of possibility. As such, just a few more points from there would result in a playoff place and, with it, the opportunity to win promotion to the National League South Division.

The management team, McCann, his assistant Freddie Hyatt, and sports therapist Mark Findley have been together for more than 10 years and midfielder or defender Casey Maclaren is starting his 11th season with the club. The club has a good mix of veterans and younger players and there are more than a dozen players who are returning for another season, including player of the year Arthur Lee, second-top scorer Niko Muir – despite spending more than half the season at division rivals Leiston – fine young goalkeeper Tom Lovelock, and clever play-maker Matt Ball. Another player to look out for is 18-year-old Keagan Cole, who last season, became the youngest ever Hendon player to reach 50 first-team appearances.

All in all, it is going to be an exciting season at Silver Jubilee Park. Fans are always welcome and one of the joys of non-league football is that players and supporters can mingle after the game.

Catering facilities are in the bar. The bar offers a number of beers, including local brewery specials. The food bar sells a wide range of hot (highly-rated burgers, hot dogs and pies) and cold food (sandwiches and rolls as well as pastries) and hot and cold drinks.

© This piece was written by David Ballheimer. It may not be copied or used in any form without the express permission of the author.