"I just really want to get back playing. I just want to be back and be competitive and get back to winning games.”

by Henry Goodwin
in Rugby, Sport 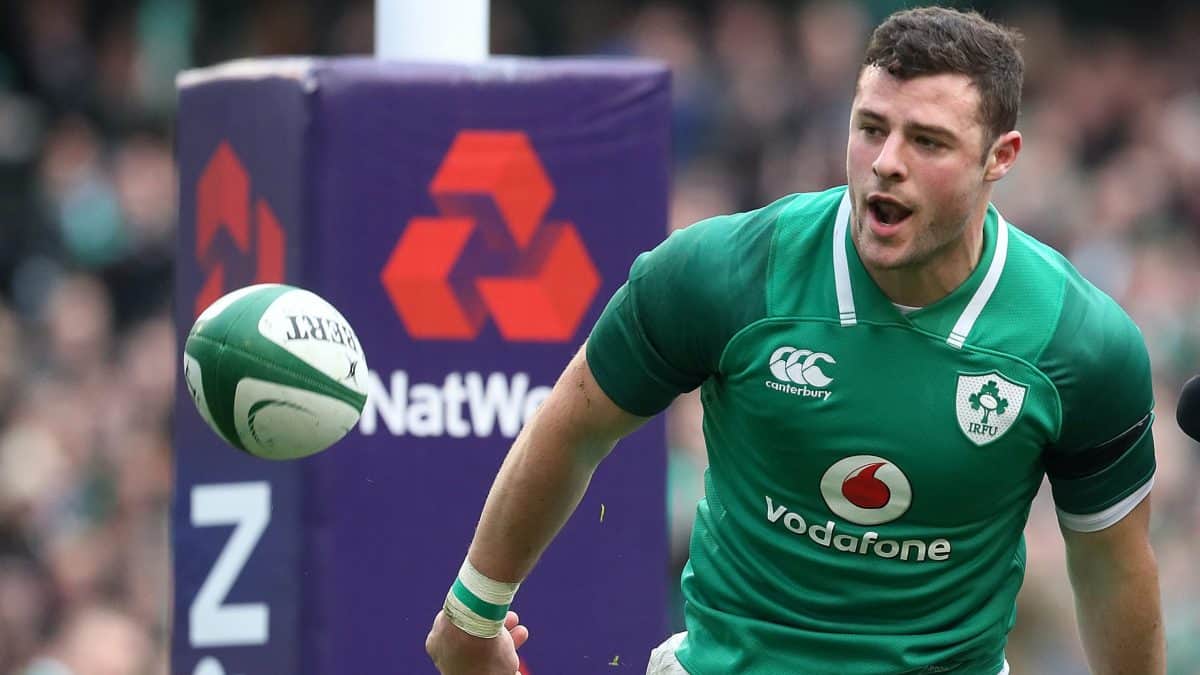 The clock had ticked past 80 minutes and gone red. It was 23 February and Ireland were losing to England at Twickenham.

They were down 22-5, but at the game’s last gasp they were on the English try line. Andrew Porter, a replacement prop, picked up the ball from the back of the ruck and – with a mate on his shoulder – barrelled over. 24-12 – final whistle.

The big prop’s mate, Robbie Henshaw, stood up and slapped him on the back. He had scored himself earlier in the game, sniping in between three English defenders to get the score back to 17-5.

As the full-time whistle went, he grimaced and walked back towards the halfway line with his teammates.

Twickenham was the last match that Henshaw played. Two weeks later, Italy had been due to fly into Dublin for the penultimate round of the Six Nations. But, a few days before the game, it was postponed – indefinitely.

It was the end of February, and coronavirus had just started to take a deadly hold over Italy. The chief executive of Irish rugby had met with the health minister and concluded that to go ahead with the match “would constitute a very significant risk”.

“It was weird,” Henshaw says. “We had a few beers that night after we found out, and then kind of said goodbye and went back to our clubs. My last game was England at Twickenham? It seems like ages ago.”

The Leinster and Ireland centre is speaking – via Zoom – from his family home in Athlone, a town in the heart of Ireland. If you were to drop a pin on a map of the country, you couldn’t land it much more smack bang in the middle than Athlone.

Like many men his age Henshaw, 26, appears to have used the weeks in lockdown as an excuse to shave his head. Sitting in front of the obligatory bookcase, with family photos over his right shoulder, it is a far cry from Twickenham, when most last saw Henshaw in action.

Although he lives in Dublin – where he plays for Leinster – Henshaw returned to Athlone to spend lockdown with his family. He’s now been holed up there for five weeks, along with his parents and three adult sisters, two of whom are older than him.

“Yeah… I spend a lot of time outside the house during the day when I can,” he admits with a chuckle.

How are his parents coping with having four adults – one of whom is a six-foot-three international rugby player – back under their roof?

“They’re alright,” Henshaw says. “It’s probably just mum’s cooking that’s been put under pressure, but in fairness the girls are helping her in the kitchen.” Does he lend a hand with the cooking? “No no, I’ll just do the eating and the cleaning,” he grins.

Staying sane in a world without sport

How does a sportsman stay sane in a world without sport?

There is no indication that rugby will return any time soon and, if it does, it may have to resume in empty stadiums. Athletes are renowned for their work ethic and self-discipline, but maintaining that commitment when there’s nothing on the horizon seems – to the layman at least – like a different matter entirely.

“I’m trying to stick to a routine,” Henshaw explains. “I’m getting out of bed at half seven, kind of trying to stick to how I usually work in Dublin. We have an app we have to log onto for Leinster. We fill in our wellness and how we’re feeling, and put in our weight and things like that.

“Then I go and do a gym session in the morning” – there are some weights in his dad’s garage – “and then a running session in the afternoon. I’m just trying to restrain myself from watching all of Netflix. It’s tough, you know.”

Hope everyone is keeping safe during this difficult time. Huge thank you to everyone out there working in front line services. Do your part and stay home!

It’s not all voluntary, of course. Henshaw has to strap on a GPS tracker which monitors what he’s doing and pings reams of data over to Leinster’s sports scientists. “There’s no hiding,” he admits.

On Tuesday mornings, Henshaw dials into virtual meetings with the rest of Leinster’s backs – “just to go through clips and stuff”. On Thursday afternoons, a trainer leads a squad-wide core workout on Zoom.

“There’s about forty lads doing a core session. It’s pretty good as well, everyone has to turn off their mic because there’s a lot of grunting. It’s pretty funny – and it’s been really good to see the lads, just to stay in touch.”

Itching to get back

It’s pretty clear that Henshaw is itching to get back playing. Coronavirus hit at a particularly bad time for Irish rugby – coming off the back of a disappointing World Cup campaign with a new coach in place in Andy Farrell, the group had been building up a bit of momentum.

“We were just getting into a flow, seeing how things worked and how things would operate. Even though we were really disappointed with the result at Twickenham, we were really happy with the strides we were making and how we were developing, but it was just taken completely out of our hands.”

Unlike some sportspeople, Henshaw doesn’t seem put off by the prospect of playing in front of empty stands.

“All we want to do is play,” he says. “Even if it’s behind closed doors, we still want to play. For us not to be playing on the weekends coming into May, it’s just unheard of.

“There’s a bit of me saying it would be so weird and wouldn’t be the same, but then again I just really want to get back playing. I just want to be back and be competitive and get back to winning games.”

Has he heard anything about when rugby might resume? “We’re in the same boat as everyone else. We’re just waiting to see what happens, finding out on the news at six o’clock when things will be eased.”

Leinster has set a target for mid-May to get back training, even if it’s just for five or six people at a time, and Henshaw points to the prospective resumption of the Bundesliga as cause for optimism. “I’m waiting to see what comes of that, but then again we’re playing an entirely different sport,” he acknowledges.

When he’s not training, Henshaw has been dabbling in business. A couple of years ago he started a family eyewear company, Henshaw Eyewear, which sells prescription sunglasses and other specialised eye gear.

“In a normal week I’d have a Wednesday off, so I’d have a couple of calls with the guys in the office or I’d head out to the office in Dublin and just catch up with them.

“It’s tougher with the lockdown, because the warehouse and everything is shut down. But we’ve actually seen a big increase in online sales, which is one positive because we usually sell in opticians and pharmacies.”

Although he’s got a good few years left in him, Henshaw is already eager to plan for a life beyond rugby. Getting stuck into the business seems a big part of that plan.

“I want to have something going outside of rugby. I think the whole point was to use it as an experience for me to be able to see what life is like outside of just training and playing games.

“Rugby can be a small bubble, and then once it finishes you need to be able to have your ducks in a row.”

He has managed to have downtime too. “I’ve been loving The Last Dance, the Michael Jordan documentary on Netflix,” Henshaw says. “Absolutely brilliant. He was a bit before my time, so I didn’t really realise how much of an icon he was.”

The latest episode of documentary zeroes in on the eccentric Dennis Rodman, who flew to Las Vegas in between games and was generally known for living his life to the max away from the court. Does Henshaw see any parallels among his teammates?

“It’s probably the equivalent of going on the piss in Galway for a weekend. Back then there were no cameraphones… everyone’s pretty disciplined now. We do have our holidays and we try and let our hair down then.” Noted.

“Me and my sisters, we also play a little bit of music as well,” he reveals. A quick search reveals that Henshaw’s musical talents have earned him the nickname ‘One Man Band’ among his teammates.

“Traditional Irish music would have been one of the first things I did when I was in school,” he adds. “It came from my grandfather – I play the button accordion and the fiddle, and the girls play the tin whistle and the accordion and fiddle as well.”

On the weekends, he says, “sessions” take place. “A few new tunes are played and a few songs are learned, so that’s been really good. When I’m up in Dublin I would actually rarely play music, because I leave my instruments here.”

Can we expect a Henshaw family mixtape by the end of lockdown? “Might have to,” he smiles.