Sport News 24/7 By David de Winter – Sports Editor @davidjdewinter  @TLE_Sport Four points against the footballing powerhouses of Russia and Wales.  The way England celebrated Daniel Sturridge’s winner against Wales you would have been forgiven for thinking that they’d won the Euros, Eurovision and also successfully voted to remain in the EU in one […] 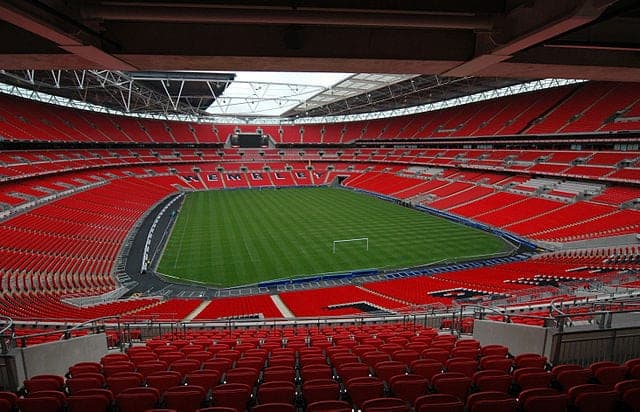 Four points against the footballing powerhouses of Russia and Wales.  The way England celebrated Daniel Sturridge’s winner against Wales you would have been forgiven for thinking that they’d won the Euros, Eurovision and also successfully voted to remain in the EU in one fell swoop (how many of the England players have remembered to apply for their postal or proxy vote I wonder?).  Ok, it’s not a disaster, but the way England have made the easiest group on paper (and in reality) seem like a particularly tricky Telegraph cryptic is at best worrying and at worst alarming.

Let’s start with Russia, who are possibly the worst team I have seen in the tournament so far.  They had little to no game plan, were rudderless going forward and pretty abject at the back.  Nevertheless, England contrived to miss a host of gilt-edged chances to kill the game off, then conceded a last-minute equaliser of staggeringly naïve proportions as their entire defence got caught under the ball and left the far post invitingly free for Russia to plunder.

Redemption against a distinctly poor Wales was a must and England totally bottled it until Sturridge got them out of jail with a frankly very lucky goal.  Their abject first half performance was probably the worst display from the national team I have ever had the misfortune of witnessing and there is some pretty sturdy competition for that accolade.  There was absolutely no urgency in the Three Lions’ display.  The passing was pedestrian, the off-the-ball movement non-existent and there was a complete dearth of quality within sight of the opposition penalty area.

Now I most certainly don’t claim to be an expert on the subtle nuances of football; my first-hand experience extends to two seasons with my school 2nd XI, a few outings for the Royal Academy of Music and the odd 5-a-side game.  I’m a bit podgy, dreadful in the air and am about as clinical in front of goal as Ade Akinbiyi and Jozy Altidore combined after 10 pints (although I did once score a screamer from the edge of the area to win a school match in the last minute – just saying).  But despite my very obvious flaws, I still run when I don’t have the ball, usually into space so even if I don’t receive the ball, I am creating space for another player to run into.

Yet this seemingly fundamental footballing concept escaped England for the first half in Lens; the team was desperately static (save for Kyle Walker, Adam Lallana and Dele Alli who all at least provided a modicum of energy), making it a doddle for the Wales defenders to pick up their markers.  The one time England got in behind the Welsh defence, Raheem Sterling blazed over from 6 yards, sparking another debate about whether it was possible to scientifically prove the phrase “my mum could have scored that.”

Speaking of Sterling, he has been atrocious.  I said last season when he left Liverpool that he was grossly overpriced and £49 million for a player who struggles to pass to a teammate 5 yards away, who has limited crossing ability (despite playing on the wing) and who couldn’t locate a cow’s backside even with a banjo in hand is frankly not good enough.  Manager Roy Hodgson should have realised he was struggling after the draw against Russia and spared the Man City youngster the negative scrutiny that will inevitably come his way.

Another player who has struggled is Harry Kane.  To be fair to the Tottenham forward he has been trying things but they just haven’t been coming off for him.  He may find his place in the starting line-up under serious jeopardy from Sturridge and Jamie Vardy but I still feel he has an important role to play in this tournament.  He is an intelligent player and as long as he perseveres and keeps trying things, making runs and getting into dangerous areas, rewards will eventually come his way.  Although, frankly, Hodgson could have hauled off all eleven England players at half time and none could have complained.

The one positive?  Hodgson was proactive at half time, identifying that Kane and Sterling were struggling and reacted accordingly and positively by introducing Vardy and Sturridge.  His changes were vindicated as both scored crucial goals to help England to victory, albeit one full of flaws and vastly laboured.

What did Sturridge and Vardy contribute?  Directness, especially in Vardy’s case.  He played on the shoulder of the last defender and therefore created room in which his fellow substitute Sturridge could operate, in between the midfield and defence.  The Liverpool player is probably England’s most technically gifted forward.  He has electric movement, quick feet and he often drops off defenders making him difficult to pick up.  I didn’t necessarily think he played all that well when he came on, but he started and ended the move that resulted in the winner and credit must be given to him for that.

So England play their final group match against Slovakia on Monday.  Before the tournament I would have predicted a fairly straightforward victory for the men in white, but having observed the performances against a pretty dreadful Russian team and a limited Wales side, I am having second thoughts.  The way Marek Hamsik and co. bamboozled the Russian defence on Wednesday, Gary Cahill and Chris Smalling know that they are in for busy evening.  A repeat of the first-half display against Wales and Slovakia could be out of sight.  It ought to be straightforward but with this England team, it rarely is.

The way England wildly celebrated victory against a Wales side they should be beating out of sight speaks volumes for the psyche of the national side.  Even if they do manage to get out of their group, England have not demonstrated anything like enough for me to alter my pre-tournament prediction that they would exit against the first half-decent team they faced.  Don’t be surprised if Slovakia are that team.