Here's how you can donate. 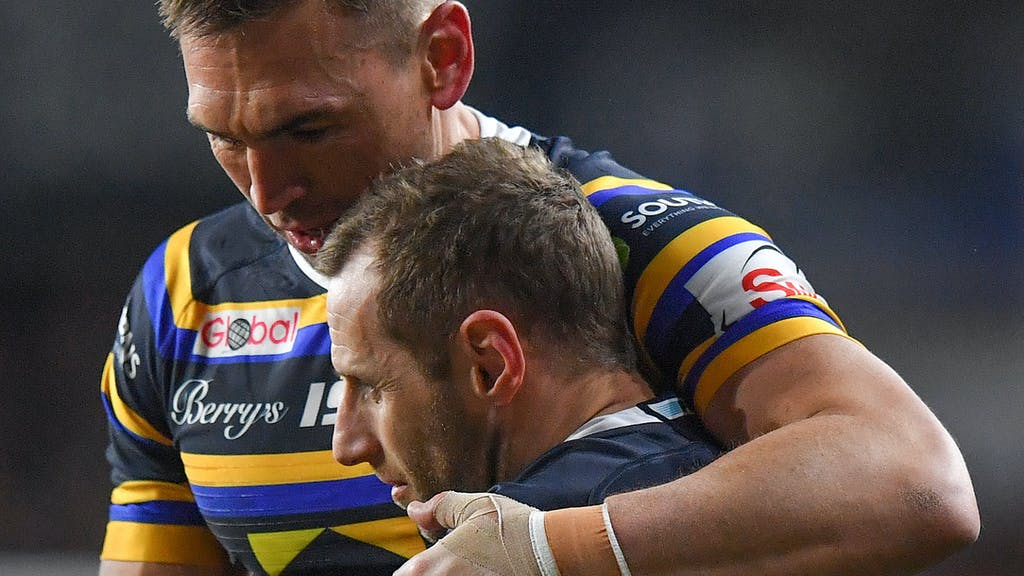 Kevin Sinfield said he “couldn’t have dreamed of anything better” after his marathon challenge for the Motor Neurone Disease Association soared past the £1 million mark and approached £2.5 million.

The Leeds Rhinos director of rugby set out to raise £77,777 for his former team-mate and close friend Rob Burrow, who was diagnosed with the disease in December 2019, just two years after ending his playing career by captaining Leeds to a record-extending eighth Super League Grand Final.

Sinfield completed his seventh marathon in seven days on Monday, 7th December, crossing the line in three hours and 41 minutes.

The fundraiser was on £40,000 when they set out on Tuesday morning but has spiralled after the challenge captured the hearts of the nation.

They say a picture speaks a thousand words….. pic.twitter.com/2Kua6TjdaT

“The support has been incredible,” he said. “Rob’s felt it. I get a text off him every night (to say) how grateful they are of what this team have done.

“We’ve been really proud to wear the vest with number seven on, what that represents with Rob and his family, but also to have the MND Association on the front, to run in their colours, to understand the work that they do and the difference they make to so many families across the UK.

“Especially this week, I’ve heard so many different stories about how horrific this disease is. This amount of money will make a huge difference. It will change a lot of things hopefully. The awareness is crucial. We need to find a cure, don’t we.”

Sinfield came up with the plan only two months ago but completed each marathon in less than four hours. At the time of writing the total raised stood at £2,482,123, just shy of another momentous landmark.

In Leeds one avid fan, Ryan Thomas, has committed to shaving his head and beard to raise funds. He hopes to raise £777, and with your help could get over the mark.