"If the UK leaves with no deal, we join one of the few countries in the world, including Iran, Venezuela, Libya and Russia, with either no trade agreement with Europe and which won’t be negotiating one." 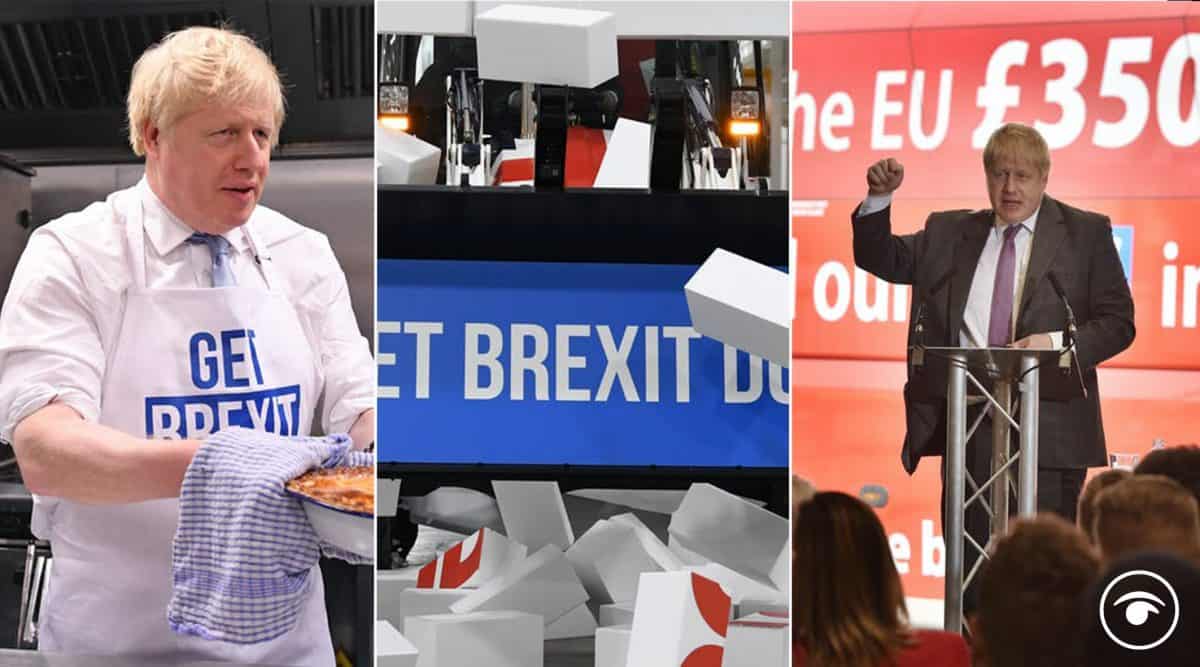 Boris Johnson has often talked of how Britain can prosper under an “Australia” style relationship with Brussels – Downing Street shorthand for no-deal.

However, Collapsing the Brexit trade talks and leaving without a deal is forecast to wreak havoc on the UK economy. This news comes as the EU are bracing themselves for the fallout of the UK not securing a deal with their trading bloc.

If the UK decides to operate using World Trade Organisation (WTO) rules with the European Union, its largest trading partner, from January 1 2021, then official figures forecast that 2% will be wiped off the economy next year as a result.

But finance chiefs disagree, warning of long-term economic damage that would eclipse even that caused by coronavirus.

Lewis Goodall Tweeted: “If the UK leaves with no deal, we join one of the few countries in the world, including Iran, Venezuela, Libya and Russia, with either no trade agreement with Europe and which won’t be negotiating one.”

He followed it with: “For a sense of why it will be such an economic jolt, consider that right now it’s as easy to travel and transport goods to Milan as it is to Manchester (save covid). With no deal (save distance) in trade terms that changes to Mongolia.”

“The models would suggest that the effects of a WTO no-deal trade agreement are longer term.

“The reason for that is that it takes a lot longer period of time for the real economy to adjust.”

The Office for Budget Responsibility (OBR) has forecast that a no-deal scenario would lower gross domestic product (GDP) – the main marker of the health of the economy – by 2% in 2021, a drop that would come on top of the fiscal impact wrought by Covid-19.

Investec’s chief economist, Philip Shaw, told the PA news agency that if the prediction proved correct, it would be equivalent to the economy sinking by £45 billion next year.

According to Chancellor Rishi Sunak, coronavirus is expected to leave “long-term scarring”, meaning in 2025, the economy will be around 3% smaller than expected in the March Budget, even before the effects of no-deal are felt.

In analysis published to coincide with November’s Spending Review, the OBR said the economic shock of the “various temporary disruptions to cross-border trade and the knock-on impacts” caused if there was a no-deal outcome would continue for years to come.

The UK fiscal watchdog said: “As these abate, the longer-term effects of lower trade intensity continue to build such that output is 1.5% lower than our central forecast after five years, and 2% lower in the long run.”

Employment would also suffer in the event of a no-deal outcome, it suggested.

The OBR forecasted that unemployment will peak at 8.3% in the third quarter of 2021 if there is no agreement – 0.9% higher than in its central forecast for the quarter.

And it is those sectors that have proved resilient during the pandemic that would face the hardest hammering, it added.

In an evidence session before MPs earlier this month, OBR chairman Richard Hughes said a failure to agree an EU trade deal would hit firms that are helping the economy through the coronavirus crisis – such as manufacturers, financial services and agriculture.

It would lead to further job losses and an additional impact to UK activity at a time when the economy is already facing the biggest plunge in output for more than 300 years, he warned.

The OBR is predicting the economy will plummet by 11.3% in 2020 – the largest annual fall since 1709, the year of the Great Frost, and the worst performance of any of the group of seven advanced economies, according to the Organisation for Economic Cooperation and Development.

In a hearing with the Treasury Select Committee, Mr Hughes said: “Covid affects the non-tradeable sectors of the economy, whereas Brexit affects the tradeable goods sectors.”

He added: “Were we to leave the EU without a deal, these are the sectors that would be hit hardest by the fact they lose access to a very important market to them, which is the EU.”

The EU set out proposals for contingency agreements if a trade deal is not in place when the current arrangements expire at the end of the month, including on air routes, aviation safety and road transport.

One of the four measures proposed by Mrs von der Leyen is for EU fishing boats to continue to enjoy access to UK waters during 2021, an area which has been one of the main sticking points in the trade negotiations.

At a summit of EU leaders on Thursday, Mrs von der Leyen said: “I had a very long conversation yesterday night with Prime Minister Boris Johnson.

“It was a good conversation but it is difficult. We are willing to grant access to the single market to our British friends – it is the largest single market in the world.

“But the conditions have to be fair. They have to be fair for our workers and for our companies, and this fine balance of fairness has not been achieved so far.”