Sport News 24/7 By Noy Shani  @NoyShani  @TLE_Sport As part of The London Economic diversity in sport series, Noy Shani takes a look at how one man’s dream and dedication is making a difference to others in the West Midlands. Birmingham City Council could not ignore the talent of one man who changed his own life and set a target […] 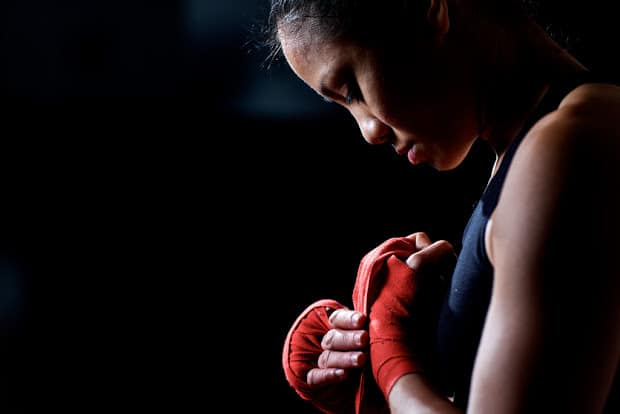 As part of The London Economic diversity in sport series, Noy Shani takes a look at how one man’s dream and dedication is making a difference to others in the West Midlands.

Birmingham City Council could not ignore the talent of one man who changed his own life and set a target to help as many people as possible through the sport of kickboxing.

Alex Vorfi, 28, will feature as a kickboxing coach as part of the council’s ‘Moving Forward’ initiative.

The initiative is designed to help 15-16 year-olds through a foster care scheme and equip them with the skills to deal effectively with everyday challenges, including getting them fit.

“I believe kickboxing can help with many aspects of life including fitness, health, strength, self-confidence and even to provide self-defence skills,” said the Albanian-born who set up his Birmingham-based ‘The Eagle Kickboxing Academy’ in 2012.

Alex has 56 regular members in his kickboxing club, representing more than 20 nations including Poland, Germany, Sweden and several countries from Asia.

Going by the mantra ‘there is something for everyone’, members vary from children aged 4 to adults in their 40s.

“A 41-year old man who joined the Academy in January 2014 weighing 104kg, is now weighing less than 80kilos. That’s a great result of his hard work and commitment. It is about giving something to the community.”

In his youth, Alex tells he was getting in a lot of trouble and was involved in several fights at school, however, entering a boxing contest when he was 12 changed his life for the better.

“When I was growing up just a few years after the communist regime, it was a difficult period involving several civil wars and you really had to stand up for yourself.

“I thought I knew everything about fighting and I realised I knew nothing. When I stepped in a boxing gym I got that I don’t have to be fighting in school all the time.”

Nicknamed ‘The Eagle’ from a young age, after the figure at the centre of his home country’s flag, and due to his dynamic presence in the ring, Alex competed in some of the biggest tournaments in Greece.

“The most memorable moment was a 65kg competition in front of 6000 spectators with the best selected contestants at the time,” he said.

He got his inspiration from Bruce Lee films and Joe Frazier fights when he was young and hopes to inspire and support the next generation with his knowledge, experience, love and passion for the sport.

Five of Alex’s academy members including children competed earlier this month at the Open British Championships in West Bromwich, Birmingham.

“It was a great achievement and a very proud day with two children and one adult finishing in the second place and one child reaching third in the K1 category.

“Many believe that he was the better fighter in his category, and that the judges made the wrong decision,” commented Alex, who hopes that one day his students will also make a name for themselves in the international scene.

Noy is a freelance sports writer and journalist.  www.noyshani.com