By Anna Power @TLE_Film The Imitation Game comes to Blu-ray and DVD from 9th March, 2015, courtesy of StudioCanal. See below to win a copy on Blu Ray. A simple story about a complicated man, Alan Turing (Benedict Cumberbatch), the Cambridge mathematician whose unquantifiable contribution to the decoding of Enigma, is a story previously unheralded […] 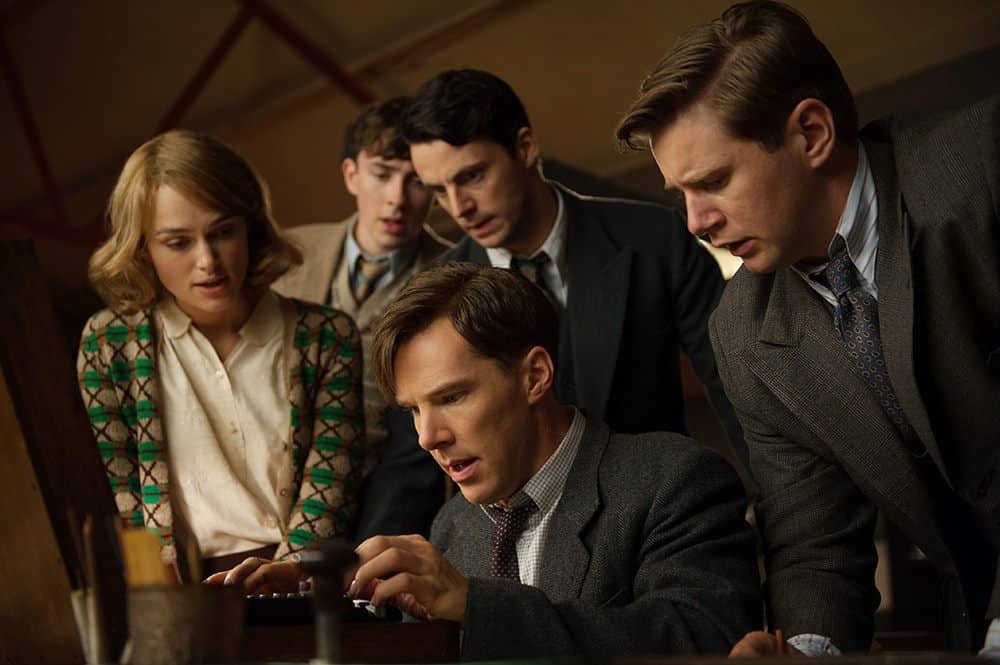 The Imitation Game comes to Blu-ray and DVD from 9th March, 2015, courtesy of StudioCanal. See below to win a copy on Blu Ray.

A simple story about a complicated man, Alan Turing (Benedict Cumberbatch), the Cambridge mathematician whose unquantifiable contribution to the decoding of Enigma, is a story previously unheralded on screen before The Imitation Game. Based on the book Alan Turing: The Enigma, by Andrew Hodges, the film faithfully portrays the complexity of Turing’s true genius and his immense tenacity and determination to do the impossible by building a machine to decode German communications, effectively shortening the war and bringing about victory for the Allies, saving countless lives in the process. Turing is a true unsung hero and this is a tale that is long overdue in the telling.

The story takes place in 1939 in Bletchley Park, weaving in and out of Turning’s life from his school days to key events in his later life in 1952. Cumberbatch gives a deftly subtle, emotionally palpable performance as Turing, a man of many secrets, both personal and professional, the weight of which was an immense burden for his fragile genius to carry. These were not enlightened times and Turing’s homosexuality (illegal and prosecutable by imprisonment) as well as his work, are some of the masks he was forced to wear. These, coupled with his intellectual isolation, a side effect of his somewhat arrogant brilliance and irascible, brusque manner, made him as director Morten Tyldum describes, the definitive ‘outsider’s outsider’. A strong ensemble cast support with Keira Knightly as Joan Clarke, Turing’s ally and fellow code breaker as well as Matthew Goode (Stoker, A Single Man) and Charles Dance (Gosford Park).

The Imitation game is a moving account of an extraordinary man’s remarkable achievement and legacy and as such conveys an important piece of British history. Funny, poignant and deeply moving; It’s a beautiful film as well as a shameful tale of secrets, lies and discrimination.

Follow us @TLE_Film and retweet to win one of three copies of The Imitation Game on Blu ray.