Isak the £60million Swedish striker signed from Real Sociedad last Friday but missed Sunday's draw at Wolves because his visa was not sorted in time. 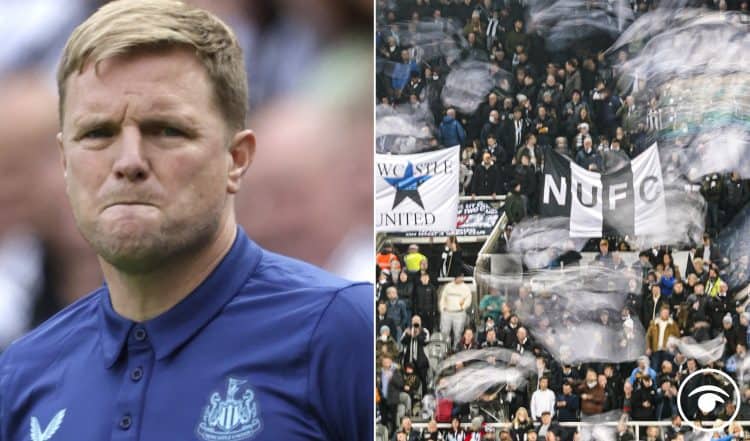 Newcaslte United face Liverpool tonight and need as many players fit and ready to play as possible.

They face a mini-injury crisis and Liverpool are flying after beating Bournemouth 9-0.

There may be some good news though.

Sky Sport’s Keith Downie tweeted: “Alex Isak has been granted his visa and is in line to make his Newcastle debut tonight at Anfield.”

The £60million Swedish striker signed from Real Sociedad last Friday but missed Sunday’s draw at Wolves because his visa was not sorted in time.

Isak scored 33 La Liga goals for Sociedad after moving from Borussia Dortmund in 2019.

This was a rumour from Liverpool earlier in the day…

The anger at the delay has been felt on social media with some trying to see the funny side though:

Isak said: “It was a big, big decision for me but it is a decision I am really happy with.

“It is a great, historical club that I think anyone would like to play for, with amazing fans.

“They were a big part of why I came here – and also the club’s project, which is one that I really believe in.