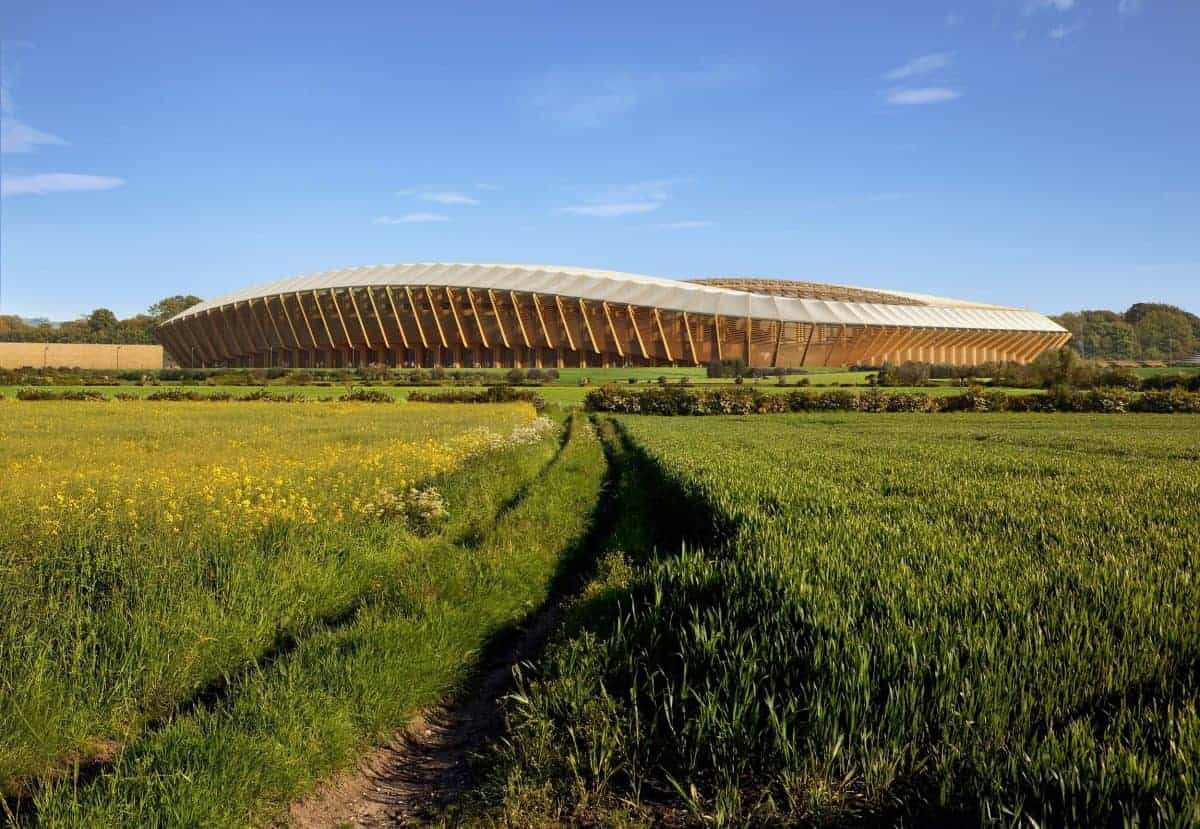 Construction of the world’s first wooden football stadium has been given the go-ahead – just months after being rejected as “unsustainable”.

It was the Gloucestershire club’s second attempt to win planning permission for the 5000-seater stadium, which Vince hopes will be carbon neutral or even negative.

It will mean the League Two team will leave its home at the New Lawn in Nailsworth, Glos. – powered by renewable energy – and relocate to near J13 of the M5.

Some councillors argued that the venue is not part of the local plan and the club’s current home in Nailsworth will suffer economically.

The original planning application, in June this year, lost by just one vote, after three hours of questions.

But this time, after tweaks to the original blueprints were made, the council’s planning committee signed off the outline proposals.

The new stadium, designed by world-renowned architect Zaha Hadid, will include a car park with 1,700 spaces, as well as two grass training pitches.

And Forest Green Rovers chairman Vince, 58, has previously said that he hopes the “sustainable stadium” would allow the club to aim for promotion, and will bring employment and investment opportunities to Stroud.

After planning permission was granted, a grateful Vince Tweeted a simple “Thank you”.