Demand Remain and get the hardest Brexit - that's the message the centrists must come to terms with.

by Matthew Johnson
in Opinion 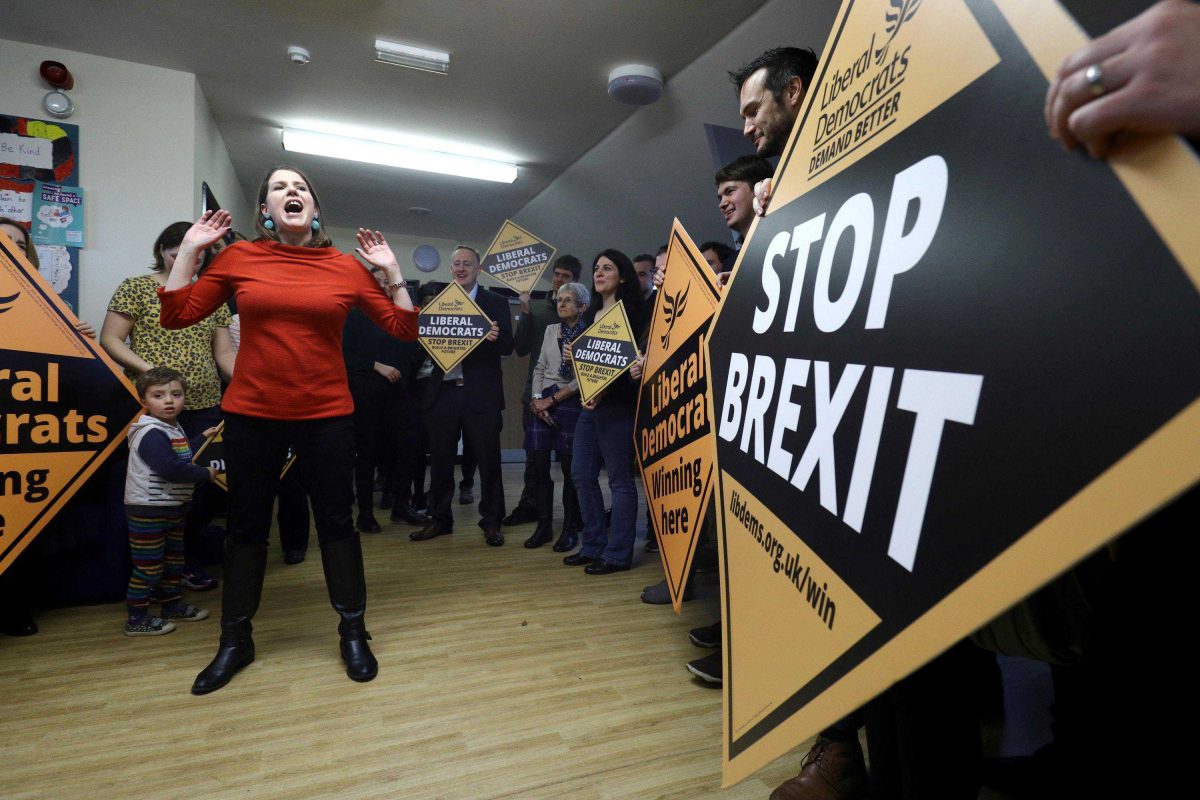 There’s an economic experiment between two players. The first is given £10 and has to offer some of it to the second. If accepted, both keep their respective shares. If not, they both lose.

Neoliberal economists, who are embedded in and lauded by most media outlets, believe that an offer of a penny should make the second player accept, because it’s better than nothing.

Offers even approaching £5 are often rejected because they are viewed as unfair. People would rather lose everything out of spite when they are insulted with unfairness.

We saw that on Thursday night.

For the last three years, ‘Centrists’ have campaigned relentlessly against the Labour Party leadership on the basis of Brexit. Woke Labour Centrists, their Lib Dem (and even some Conservative) allies as well as the ‘liberal’ media, made a case for Remain that had already been rejected in 2016 and 2017.

Beyond the centrist echo chamber in constituencies Labour needed to hold on to or win, there was palpable anger about the contempt in which voters were being held. It is no coincidence that the central figure in this campaign, Tom Watson, chose not to stand again. He knew where this was headed.

Leave voters and Remain-voters who respected democratic decision making were told they were thick, brainwashed, racist and self-defeating. The only reason given to change their minds was that their lives would get worse by leaving the EU. After 40 years of decline while in the EU, many people just could not see how their lives could possibly get any worse.

People have been called racist, xenophobic and bigoted for worrying about the effects of migration to communities that were worst equipped (and funded) to manage it. This wasn’t just ill-conceived, it was downright offensive. A negative effect on salaries of the lowest paid was glossed over as insignificant. Maybe it was, maybe it wasn’t, but you don’t win people over by telling them they’re stupid.

Promise to deliver on the referendum

Voters were being given the proverbial one pence offer by self-obsessed, hysterical and unduly prominent Centrists through and within the media. People in our community often said they looked forward to watching the horror on the faces of Tom Watson, Anna Soubry, Chuka Umunna and Jo Swinson when the hardest of hard Brexits came to fruition. For people who have already lost, seeing others lose too is gratifying.

Make no mistake, the 1 per cent have won. People who will lose most, communities ignored for 40 years, are those who would have benefited most from the transformation Labour’s Manifesto offered. But time and again, 2017 Labour voters said that they would not back a party frustrating the will of voters and led by someone who was simultaneously weak and a threat to the country.

But this perception is the result of four years of lobbying and bullying by Centrists and their allies in the media. Remember, Corbyn’s general approach and promise to deliver on the referendum nullified May’s 2017 campaign in the face of her huge popularity. Corbyn returned the largest Labour increase in vote share since 1945. Larger than Centrist Blair’s campaign in 1997.

The most effective campaign this time, though, was against Corbyn. It was led not by the Tory press but by a vapid, self-absorbed Centrist cult. They smeared a 70-year-old vegetarian, anti-racist, peace campaigner, who saw the importance of seeking compromise and moving onto bigger issues, as a racist, terrorist-sympathising, extremist. This gave the Conservatives all they needed.

Studies showed that a third of voters thought Labour was an anti-Semitic party. In reality, evidenced allegations related to 0.08 per cent of Labour members. Meanwhile, the Conservatives are now free to resume their damaging policies against BAME people. Previous greatest hits include the Windrush Scandal and the Hostile Environment.

That is due to the work of Tom Watson, Jess Philips, Keir Starmer, Emily Thornberry, Jonathan Ashworth, Margaret Hodge and others in attempting to recapture the party for the Centrist cult.

Those of us who live in the heartlands knew exactly how this campaign against Corbyn would pan out and what the results would be for family members. Our mother has had six years of her pension removed. And despite having chronic autoimmune hepatitis among other conditions, her PIP was also taken away because she refused to take opiates, until recently an indicator of seriousness of illness in DWP policy. All those unseated MPs will find jobs elsewhere – their families will not suffer. Ours will.

Demand Remain and get the hardest Brexit

So what have the Centrists achieved through their spite and sense of entitlement? Demand Remain and get the hardest Brexit. Present Swinson as a ‘strong’, ‘moderate’ leader and watch her lose Remainer support as well as her seat. Campaign against anti-Semitism in one party and get the most anti-Semitic, racist, sexist and homophobic Prime Minister in living memory. Campaign to regain dictatorship of the Party against the members and lose your seats in the General Election.

Was an impossible battle for an EU identity and no visa fees really worth curtailed free speech, erosion of judicial scrutiny on Government, militant racism and the possibility of there never being a free and fair election again? How about people dying on the streets?

Spite is powerful. Centrists chose it and voters were fenced into it. We now have at least another five years of spite, possibly more if the Centrists regain control. They won’t own their actions. They’ll pay trivial visa fees to head to their châteaux in the Dordogne. ‘Bollocks to poor people’ will be the slogan sticker on their luggage.

Related: 2019 will go down as one of the great political realignments of the last 40 years