The Dons begin their Ladbrokes Premiership campaign against Hearts on Sunday. 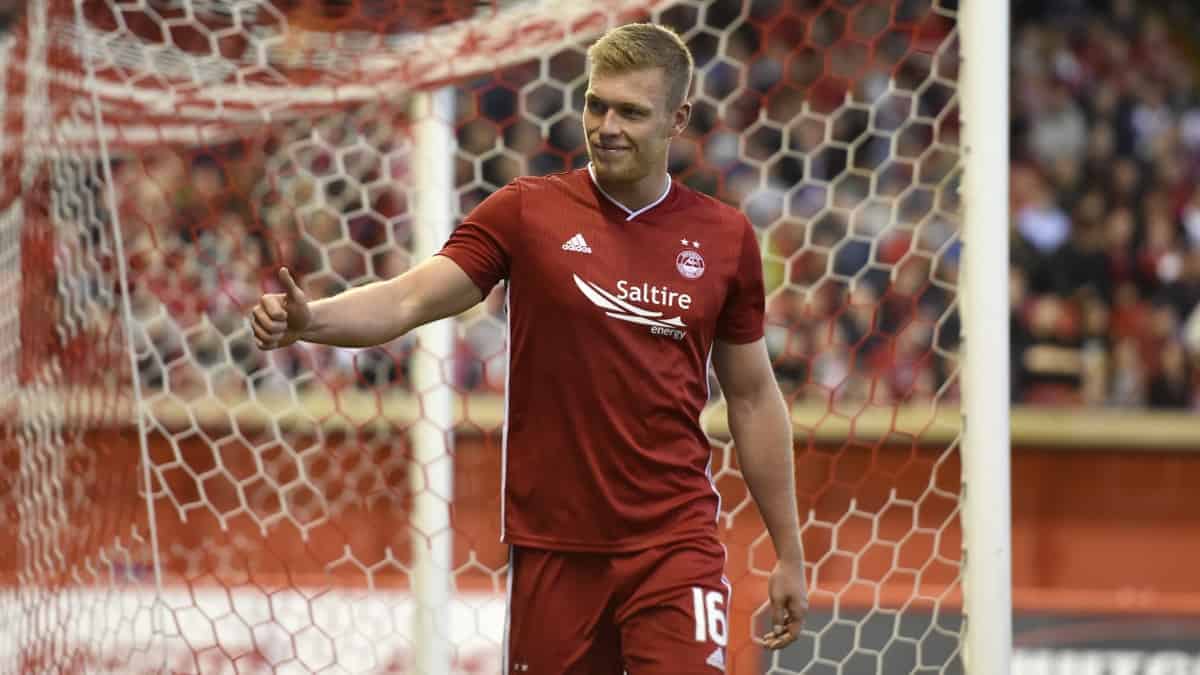 Sam Cosgrove believes Aberdeen’s new signings should take credit for their seamless start to the season.

The Dons progressed to the third qualifying round of the Europa League on Thursday after Cosgrove hit a hat-trick in a 5-0 victory over Georgian side Chikhura Sachkhere.

Full-back Greg Leigh netted on his debut, while midfielders Jon Gallagher and Ryan Hedges have impressed in their first few appearances and Funso Ojo has latterly slotted into central midfield.

Cosgrove told Red TV: “It’s credit to the boys and the hard work that’s gone on behind the scenes.

“We didn’t have the biggest of breaks in the summer. It can help us or it could hinder us, but so far it’s looking like it has helped us.

“No one has been knocked out of their stride too much, everyone has come back and looked extremely fit and the quality is there, but a lot of credit has to go to the new boys who have fitted in very well.”

Aberdeen now have to negotiate the start of the Ladbrokes Premiership season as well as their European charge, with Hearts visiting Pittodrie on Sunday before the Dons take on Rijeka on Thursday.

“That’s exactly what everyone wants,” said Cosgrove, whose team fell at the first hurdle against Burnley in last season’s Europa League.

“The European journey, as good as it was last season, it was cut short and we were unfortunate. It’s a month of European football and we are looking to go even further.

“Playing Thursday-Sunday is tough, but ultimately it’s what we want as players and a club. We want to be playing in as many of these big games as we can.”

Cosgrove equalled Drew Jarvie’s record of scoring in four consecutive European games for the Dons as well as hitting his first hat-trick for the club, and he took his tally for the season to six goals.

“I’ve lost count of the records, but at the end of the day it’s a really good night for the club. For such a comfortable win in the second round, it’s the polar opposite of last season,” he said. “Everyone is just delighted to get through.

“The game last week was a lot tighter and at times they showed their quality. They are a good technical side, they tried to knock the ball around and play, but we were just far too tenacious, clinical and ruthless.”