Sunderland had almost 15,000 more through the gates than the next best-supported side, local rivals Middlesbrough. 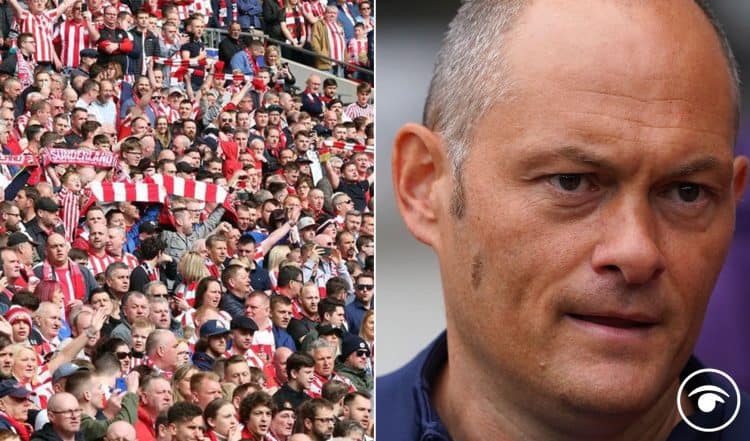 Alex Neil admitted Viktor Gyokeres’ equaliser in Sunderland’s 1-1 draw with Coventry proved the difference between playing in the Championship and life in League One.

Sunderland looked to be heading for an opening-weekend victory when Jack Clarke headed home Lynden Gooch’s cross to open the scoring in the 12th minute at the Stadium of Light.

The Black Cats soaked up Coventry pressure, with Anthony Patterson producing a superb save as he tipped Jonathan Panzo’s long-range strike onto the crossbar, but their hopes of claiming all three points disappeared when Gyokeres struck with six minutes remaining.

Neil was happy with his players’ efforts as Sunderland returned to the second tier after a four-year absence, with Coventry goalkeeper Simon Moore making a fine second-half save from Ross Stewart.

He said: “You don’t know how players are going to react. We’ve still got a lot of work to do in the window in terms of strengthening the squad, but I thought we moved the ball really well and probably caught Coventry a bit cold in terms of how we started the game. All in all, for what our players offered up, I was really pleased with our effort and how we went about it.”

But the support for the newly supported side was huge. They had almost 15,000 more through the gates than the next best-supported side, local rivals Middlesbrough, with 26,567.