"Just listening to Souness on @talksport going on about Martinez height again and saying Maguire has been hard done by.....1. Cannavaro 2. No he hasn't." 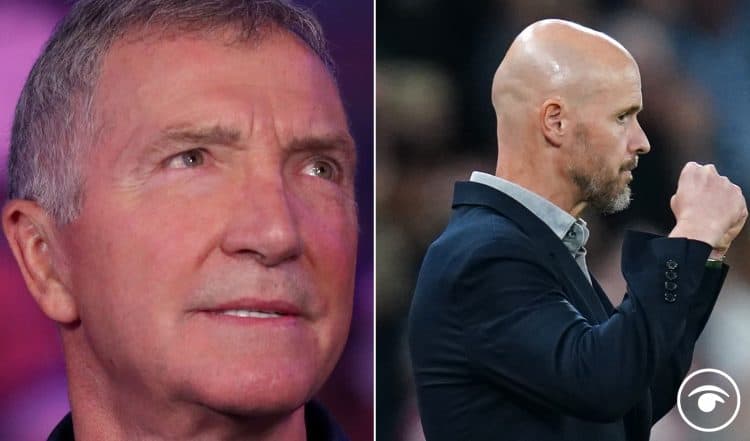 He picked out Lisandro Martinez as a weak link in the new look Manchester United side.

Martinez is known as ‘The Butcher’ – or ‘El Carnicero’ to be more precise – because of his aggressive style of defending, which sees him play hard by marking his opponents tightly and making fierce, but fair tackles.

It comes after Manchester United recorded their second win on the bounce, one being over fierce rivals Liverpool.

Martinez tweeted about the positive steps the club appears to have taken after their horror show against Brentford.

He hasn’t done too badly?

This stat is worth a look.

Souness, who was player/manager at Rangers between 1986 and 1991, knows importance of the game and he told TalkSPORT: “Both teams are going into it with their tails up.

“No one, me included, expected Rangers to qualify for the Champions League. Their tails are up.

“My experience of working in Scotland is that you could be playing the best football, the best team, but you have drawn a daft game and you are in second spot to, in my case, Celtic.

“All the pressure is on you going forward.

“Celtic, at that time, could be playing not such good football but they are top of the league, they are off and running without any pressure on them.

“So this game is vital, vital because if Rangers were to lose, that would be them five points behind and then all the pressure comes on Rangers’ shoulders.

“Then Celtic could go on not playing very well week to week but as long as they are up there at number one, the pressure is off their shoulders and playing with a bit more freedom.

“This is a big game so early in the season.”