A must watch for all Everton fans 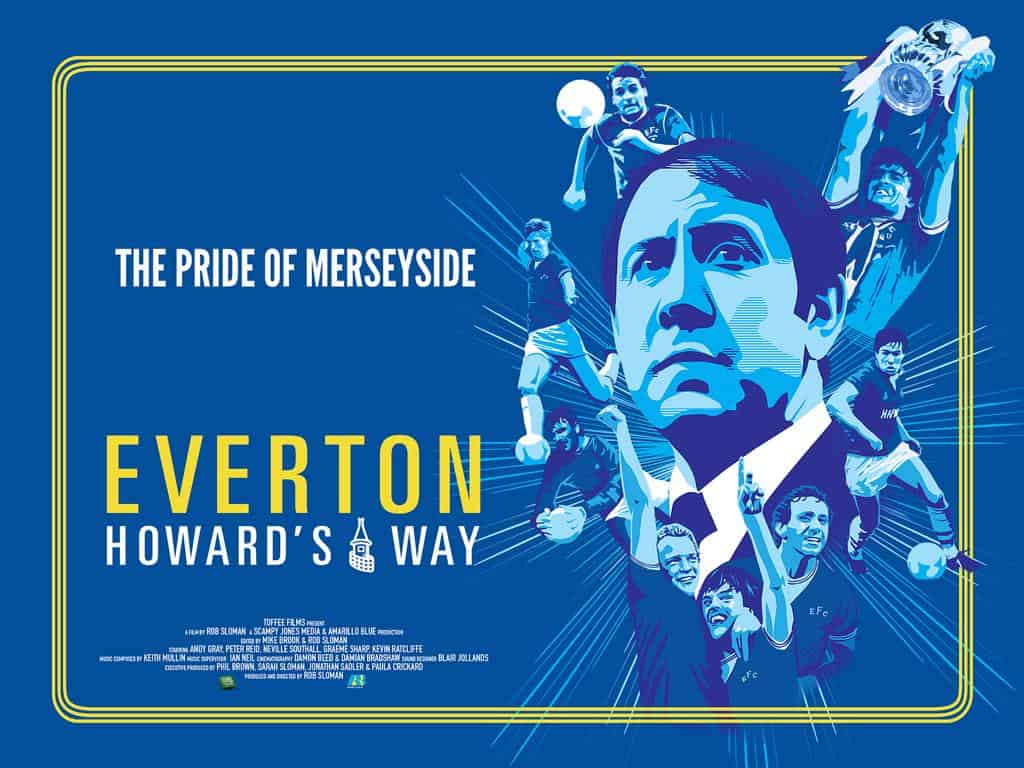 Everton fans will be counting the days until the release of this film.

EVERTON – HOWARD’S WAY tells the definitive story of Everton FC at the very peak of their powers in the mid-1980s.

After a decade of struggle and misfortune Everton became the best side in the land. Even better than their all-conquering neighbours, Liverpool! They won the FA Cup, thrashed Man Utd 5-0, beat Liverpool, home and away, and then strolled to the league title with a record amount of points.

They steamrollered the great Bayern Munich and won a first ever European trophy and, for a time, were probably the best side in Europe. We will never know for sure – because they couldn’t prove it…

This is more than the tale of Howard Kendall, a man with Everton in his blood – it is the story of a team intent on greatness and a city united in defiance. A story told by all the heroes of the day – the men that made history.

Despite being arguably the greatest club side of its time, the Everton FC team from the 1980s has never been fully reunited. To celebrate the release, all of the players from the team are being reunited at a Special Presentation on Monday 11th November.

Back in present day football Djibril Sidibe is “pushing” Seamus Coleman for his place in the Everton side, says Marco Silva.

Sidibe was handed his Blues debut against Lincoln City last month in the Carabao Cup and could be recalled for tomorrow night’s third round tie at Sheffield Wednesday.

Jonas Lossl and Leighton Baines, meanwhile, were not included in Saturday’s squad for the game with Sheffield United but both have returned to full fitness.