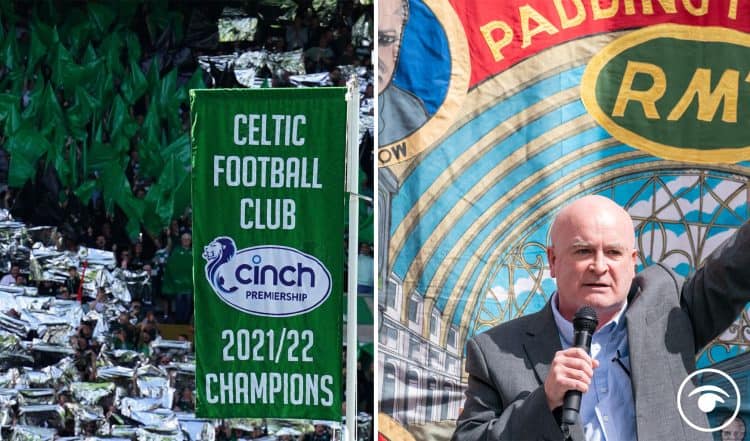 Jota provided a moment of magic as Celtic began the defence of their cinch Premiership title with a comprehensive 2-0 win over Aberdeen at Parkhead.

Centre-back Stephen Welsh headed in the opener in the third minute of and Ange Postecoglou’s side dominated thereafter, although their superiority waned towards the end of the first half.

Portuguese winger Jota sealed the win in the 75th minute with a terrific strike and in the end it was a comfortable enough victory against Jim Goodwin’s new-look Dons side, whose threat was only occasional.

The afternoon had started with cheers when captain Callum McGregor unfurled the league flag before kick-off at a packed Celtic Park.

In the stands, there was a lot of support for the team.

However, the Green Brigade an ultra group formed in 2006, situated in the North Curve corner section of Celtic Park, had other things on their mind.

They showed support for the RMT and their hatred of the Tories.

Chants of “F*ck the Tories,” could be heard.