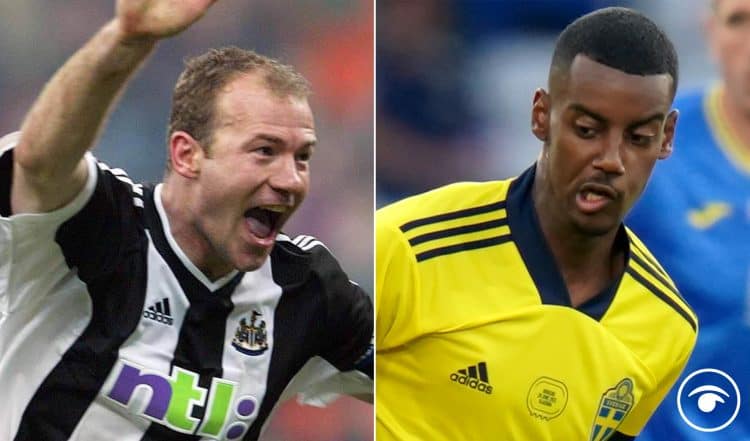 Eddie Howe is hoping Alexander Isak will add “the X-factor” to his team after Newcastle smashed their club record transfer fee to land the Sweden international.

The 22-year-old Real Sociedad frontman completed a move understood to be worth around £58million on Friday afternoon when he put pen to paper on a long-term contract.

Legend Alan Shearer is very happy with the signing.

He is the Magpies’ fourth summer capture after Matt Targett, Nick Pope and Sven Botman, and his arrival represents a major breakthrough for the Magpies’ recruitment team, which has been pursuing attacking reinforcements all summer.

Isak, who has 37 senior caps, said: “I’m delighted to have it done. It was a big, big decision for me, but it is a decision I am really happy with.

“It is a great, historical club that I think anyone would like to play for, with amazing fans. They were a big part of why I came here – and also the club’s project, which is one that I really believe in.

“You always want to go into a team and know how they play. I think Newcastle play very attractive football and I want to be a part of that.”

Related: Watch: Newcastle United fans purring over this Alexander Isak goal but will they miss out on other target?