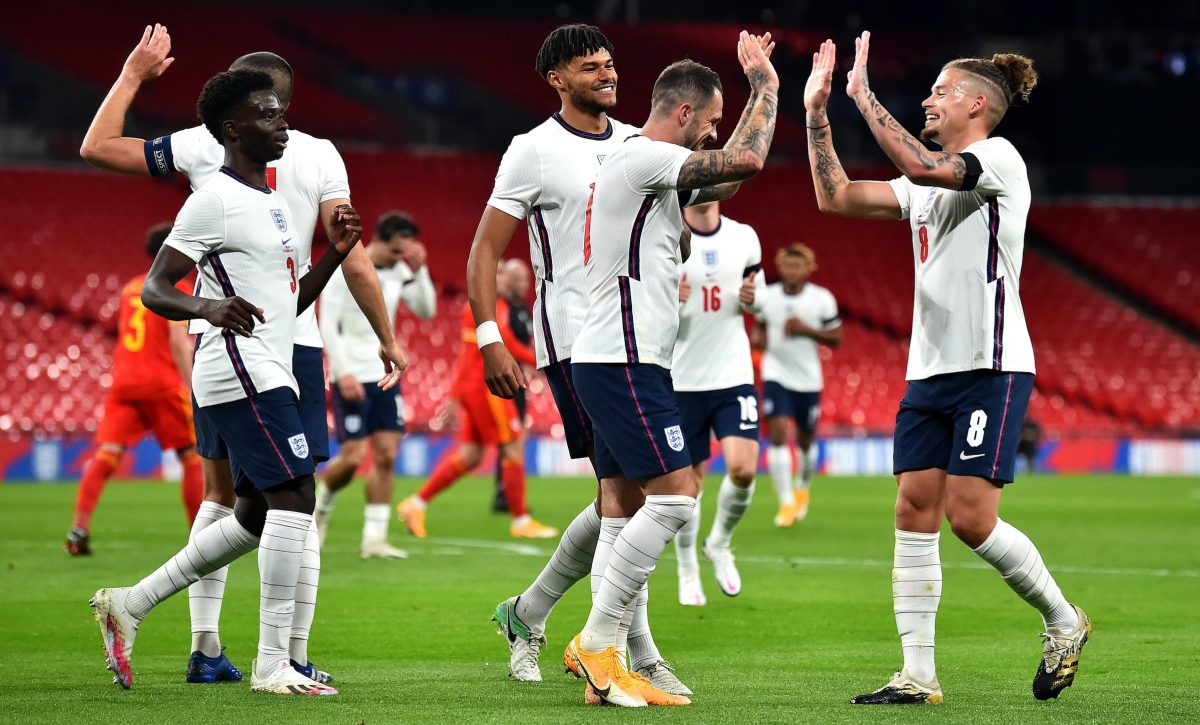 As far as exercises go, it wasn’t totally pointless. File it somewhere between trying a new brand of toothpaste that’s on offer and checking the tyre pressure on your car because you haven’t done so in a while, and have read somewhere that it’s the sort of thing real grown-ups do. England B beat Wales B 3-0 in a training game at the national stadium in front of…well, however many people are legally allowed at such events, your guess is as good as mine. But what will Gareth Southgate have gained from the match?

Well, first of all, a bit of positivity surrounding the England team. Apparently, England beat Iceland, and drew with Denmark last month. I say apparently, because I’m struggling to remember anything noteworthy that happened, apart from that bizarre last 3 minutes against Iceland. What was in evidence was a chronic lack of urgency from midfield, a disconnect between the main striker and the rest of the team, and a complete mistrust in the defence to cope with a half-decent attack.

The first 20 minutes against Wales followed a similar, uninspiring pattern, with England’s wing-backs notably deep, and Kalvin Phillips and Harry Winks regularly outnumbered in the centre of midfield. As the half went on, Jack Grealish started to flit all over the pitch, using his outstanding dribbling skills to transition from defence to attack, while Bukayo Saka and Kieran Trippier pushed on, in turn forcing Wales’ wide players back.

The game had a whiff of Sven-Goran Eriksson’s first match as England manager against Spain, or perhaps the infamous friendly against Australia in 2003, in that it seemed as though the priority was testing out fringe players in the context of international football. If so, it is dubious what the benefit will have been, as the opposition consisted of players schooled in the same style and academies. There was even a Scottish referee, adding to the cosy, insular feel of the occasion.

Yet, Southgate will still have learned quite a bit. Most obviously that Grealish should remain part of the squad for as long as possible. His mastery of the ball in tight situations is bewildering, and his desire to take responsibility bodes well for future challenges against more talented opposition. He set up the first goal with a wicked cross from the right, having used a quick change of body shape to gain the vital space to whip it in, and a minute later could be seen helping snuff out a Welsh attack in the opposite corner. He was by some distance the best player on the pitch, his self-belief lifting the rest of the team. The only potential downside was overconfidence towards the end of the game, where he looked to take too many touches when a simple, more effective pass was on, most obviously when two attempted backheel passes on the left corner of the penalty area within 30 seconds of each other gave the ball away unnecessarily. But his team was 3-0 up in a meaningless friendly, so we can probably forgive him.

There were other positives, aside from no-one (as far as we know) breaking the COVID rules. Kalvin Phillips was very tidy in possession, and seems to have impressive positional discipline, which could well be useful in games where England are on the back foot; Trippier reminded us that there are other right-backs who can deliver a set-piece, with a cross so delicious for Conor Coady’s goal that it should be featured on Bake-Off; and Dominic Calvert-Lewin looked the complete centre-forward – strong in the air, tireless in taking his markers away from the centre, and an instinct for being in the right place. Against that, the insistence on playing the ball out from the back at all costs led to some jitters from, especially, Nick Pope and Michael Keane, and better teams will punish England for sloppy ball control, and erratic distribution.

Where does this leave Southgate then, in terms of his selection for the games against Belgium and Denmark? He has been given one of his more pleasant selection dilemmas – it’s always nice to have too many options. We can presume that he wants to play with 3 central defenders, so the question there is whether Harry Maguire should return to the team. The Manchester United captain is a huge favourite of Southgate’s, and has been England’s most reliable defender over the last couple of years, but has been in lousy form since the restart, culminating in a laughable display against Tottenham. He played more minutes than any other player in a European top flight last season, and now, understandably looks physically and mentally shattered. Give the poor lad a couple of weeks off.

Neither Coady nor Keane were particularly convincing against Wales, Coady’s life-affirming goal notwithstanding, so I would be inclined to go for a back three of Joe Gomez, Eric Dier and Tyrone Mings, who looked far more comfortable playing out from the back, admittedly in 30 minutes played with all the intensity of a teenager doing the washing up.

Raheem Sterling is injured, and Jadon Sancho may still be out in the cold for being a naughty COVID boy, so Grealish now has the perfect opportunity to make an unanswerable case to being a fixture in the starting XI, not just the squad. He doesn’t have the pace and directness of Sterling, Sancho or Marcus Rashford, a trait Southgate looks for from wide players in the front three, but he offers creativity and a skill level like no-one else in the current squad.

Trippier and Trent Alexander-Arnold will probably take the wing-back positions, despite the lack of balance a right-footer on the left brings, while Harry Kane, Jordan Pickford and Jordan Henderson will certainly return, leaving a question mark over who plays alongside Henderson in central midfield. Declan Rice is the man in possession, and his physicality, stamina and defensive nous would be key against Belgium in particular, but Kalvin Phillips’ better use of the ball and calmness gives him the edge for me, especially as England can expect Belgium to press high up the pitch, meaning being confident in possession close to goal is even more crucial than usual.

Of course, the eventual make-up of the team will quite probably be academic against the number 1 ranked side in world football. If that sounds a little ludicrous (Belgium have only ever been top-ranked in moustachioed fictional detectives before), they are a formidable opponent, even if Eden Hazard looks unlikely to play following an injury-hit start to his season. Like England, they played a reserve team friendly on Thursday night, drawing 1-1 against Côte d’Ivoire, with few, if any of those who started that game expected to start against England. The prospect of Kevin de Bruyne, Dries Mertens and Romelu Lukaku combining in attack is rather frightening, especially against an England team not used to ceding the majority of possession.

A draw would be a good result, but, at the end of the day, it’s only the Nations League, played in an empty stadium during a global pandemic that is killing people, decimating industries, and destroying the collective mental health, so no-one really cares.