Glasgow Rangers fans broke UEFA rules and played the national anthem before the game began against Italian side Napoli. 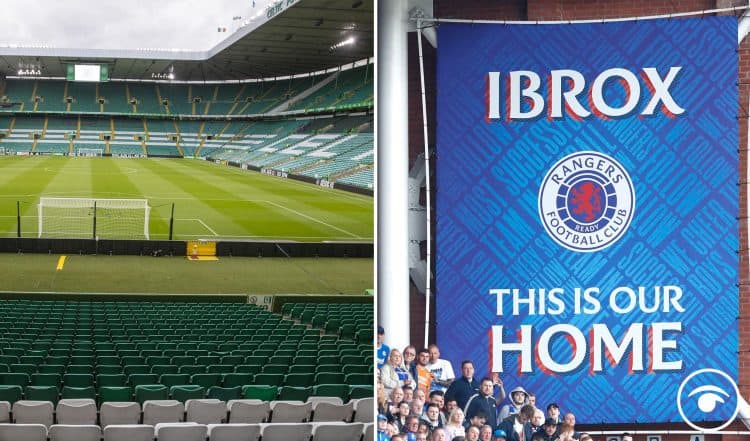 Celtic fans unveiled an offensive banner that read ‘f*** the crown’ during their Champions League clash against Shakhtar Donetsk for Ukraine, the game finished 1-1.

The match was taking place in Warsaw due to the ongoing conflict in Ukraine at the hands of Russia.

As the Champions League anthem was being played another banner was unfurled that also mocked the loss of the Queen. It read: “Sorry for your loss Michael Fagan.”

Fagan famously managed to scale the Buckingham Palace walls before creeping into Her Majesty’s bedroom while she slept in 1982.

It was decided that there would be no silence before kick-off, but players from both teams did wear black armbands in Her Majesty’s memory.

Rangers were playing at home against Napoli and the minute’s silence was observed in total silence.

The club also broke UEFA rules and played the national anthem before the game began.

They lost 3-0 to the Italian giants.

It is not known if they will face punishment for their rule-breaking.

UEFA, who had already decided against playing its Champions League anthem, had told Sky Sports News: “There will be no anthems played – this also includes the UEFA Champions League anthem – on the basis of maintaining a consistent pre-match ceremony with a subdued atmosphere and without any celebratory activities across all UK venues to show respect as we did last Thursday.”

As you can imagine this sparked a lot of fierce debate:

Related: Prince Andrew could stand in for King Charles as he keeps royal role